A Guide to Disney Hollywood Studios Rides and Attractions

The third theme park at Walt Disney World in Florida is also one of the most exciting. With many changes already occurring and in the works, Disney’s Hollywood Studios features themed rides, thrill rides, and fun shows. Here’s our guide to Disney Hollywood Studios Rides and Attractions.

Also read our guides to the other rides at other Disney parks: Epcot rides, Magic Kingdom rides, and Animal Kingdom rides.

Disney’s Hollywood Studios is located near Epcot and the Disney Boardwalk section of the park. It’s accessible via boat and bus from the Disney resorts and theme parks. There have been some changes at the park recently. While several rides and attractions have closed, new ones are opening in their place.

You can definitely spend at least a full day at Disney Hollywood Studios. There are also some delicious restaurants there, so you’ll have plenty of places to eat while you are at the park. In the past, we’ve spent about a day and a half at the park. Once everything under construction is open, it will probably be a day and a half to a full two day park.

My favorite Disney Hollywood Studios ride (and one of my favorites across all of the theme parks) is the Rock ‘N’ Roller Coaster Starring Aerosmith. This ride offers FastPass, a single rider line, and a standard standby line.

After you go through the queue, you’ll see a brief show, where you’ll learn about the premise of the attraction. You are there to see the band Aerosmith record, but they have to leave because they are going to be late for their show. They ask their publicist to provide transportation and backstage passes to their guests (you!).

After the pre-show, you’ll be guided to a short queue where you wait to board the ride vehicles. If you’d like to sit in the front of the ride vehicle, alert the cast members and you’ll be directed to a separate queue to wait.

The Rock ‘N’ Roller Coaster features loud Aerosmith music which adds to the atmosphere. You’ll take off immediately, and the ride goes upside down several times in the dark. It’s so much fun, and we love this ride. Get a FastPass or get in line early. The single-rider line can be a good option, but keep in mind that parties will be split up and you aren’t guaranteed to be on the ride any quicker.

The Twilight Zone Tower of Terror

Another one of my favorites is the Twilight Zone Tower of Terror. While the Disneyland attraction was transformed into a Guardians of the Galaxy themed ride, the Hollywood Studios ride has stayed with the original Twilight Zone theme.

After going through the queue, you’ll enter a pre-show area where you’ll learn about what happened that fateful night at the Hollywood Tower Hotel. Then, you’ll be guided to a short queue and brought into the elevators.

The Tower of Terror shoots up and drops down at random intervals. It’s unlike any coaster-style rides, because you won’t know when you are about to drop up or down.

Younger kids above the height limit may be a bit intimidated by the scary Twilight Zone theme, but the ride really is a lot of fun. FastPass is offered for this ride.

Even though my kids are older, we still can’t miss seeing Muppet*Vision 3D when we visit Disney’s Hollywood Studios. This 3D movie features the beloved Muppets as they attempt to put on a show.

The theater is pretty big, so the most waiting you’ll do is usually only until the next show starts. The queue is indoors, so it’s a good way to avoid rain or excessive heat.

My kids were a little afraid of the loud noises in the movie when they were really tiny, but otherwise, it’s a great show for little ones.

If you are up for a Star Wars adventure, you’ll want to check out Star Tours – the Adventures Continue. In this ride, you’ll have the opportunity to seek out the rebel spy as you ride in a flight simulator.

While my family loves this ride, I usually sit it out. I’m sensitive to motion, and the flight simulator is a bit too realistic. But it is a fun ride, and if you are lucky, you may even be the rebel spy.

Battle your family and others in your ride vehicle with this fun midway-style ride. As you pass through the ride queue, you’ll be able to grab 3D glasses which become important in the ride.

After you board the vehicle, you’ll ride into a brief practice area where you’ll learn how to use the shooting mechanism. Then it’s off to the world of Toy Story.

While kids absolutely love this game, adults do too. I would ride all day if I could, because it’s so fun to battle against my family members and my high scores.

One of the newest Disney Hollywood Studios rides is Slinky Dog Dash. This family-friendly coaster, part of the new Toy Story Land, is themed after everyone’s favorite Slinky Dog.

The standby queue is lots of fun, with plenty of elements from Toy Story throughout. I recently waited in the line for about 45 minutes, and I was entertained throughout.

While the ride is pretty kid-friendly, it does feature some small drops, and riders have to be at least 38 inches to ride. Set kids’ expectations early if they are a little too short to ride.

It’s definitely one of the most popular Disney Hollywood Studios rides, so get a FastPass or arrive early.

The other new attraction in Toy Story Land at Disney’s Hollywood Studios is the Alien Swirling Saucers. On this ride, you’ll spin around in a ride vehicle themed after those popular aliens from Toy Story. The ride motion is similar to that of Mater’s Junkyard Jamboree ride at Disneyland.

Alien Swirling Saucers does have a height restriction of 32 inches, but it’s a mild ride that is great for little ones who love the Toy Story movies.

This stunt spectacular is a show, not a ride, but it’s a fun way to learn about how stunts are done. You’ll sit in a theater for this 30-minute show. Adult volunteers are solicited, so if you want to try your hand at performing, this is a great opportunity.

During the show, you’ll see fight sequences and other stunts performed in front of you. My kids really enjoy this show, and it’s a nice way to get off your feet for a little while.

For the First Time in Forever: A Frozen Sing-Along Celebration

Frozen fans will want to join this sing-along show featuring the popular tunes from Disney’s Frozen. Shows run throughout the day, and FastPass is offered. During the show, you’ll see segments from the movie play out along with live characters. The lyrics are shown, so you don’t need to know all of the words.

Beauty and the Beast: Live on Stage

This stage show, based on the beloved Disney movie, runs several times per day. It’s a little less than 30 minutes long, and FastPasses are offered.

If you don’t get a FastPass+ reservation for the show, be sure to line up early so that you can make sure you get a good seat. Daily showtimes will be listed in the My Disney Experience app.

One of the newest evening shows is Star Wars: A Galactic Spectacular. Even if you aren’t a Star Wars fan, you are likely to appreciate this fun show that incorporates projections, fireworks, and lighting to tell the story.

It typically takes place each evening at Disney’s Hollywood Studios, but you’ll want to check the schedule to make sure it’s running during your visit.

Galaxy’s Edge, one of the most highly-anticipated additions to the parks, is now open at Walt Disney World. While another ride is opening later this year, Millennium Falcon: Smugglers Run, is now open.

The most interactive of the roles are the two pilots, but if you are in the single rider line you’ll almost definitely be an engineer. It’s a fairly mild ride, with some drops and loud noises. A height minimum of 38 inches applies.

Toy Story Land and Galaxy’s Edge recently opened at Hollywood Studios, but the park additions keep coming. An additional ride at Galaxy’s Edge, Rise of the Resistance, will be opening on December 5, 2019, at Walt Disney World.

Also in the works is Mickey and Minnie’s Runaway Railway, which is opening in 2020 in the former location of the Great Movie Ride.

During our Walt Disney World trips, we’ve always enjoyed the unique character greetings at Disney’s Hollywood Studios. There are characters at this park that you won’t see at the other parks.

While characters are always subject to change, you can expect to find some of the following here:

I generally recommend staying on property at Walt Disney World if you are going to spend all of your time at the Disney parks. There are so many great benefits to staying on property, including early access for FastPass+ and dining reservations and complimentary MagicBands.

The most convenient hotels to Disney’s Hollywood Studios are the Swan and Dolphin (which aren’t technically Disney-operated resorts), the Boardwalk, the Yacht Club, and the Beach Club. From these resorts, you can get to Hollywood Studios by walking or taking the boat. 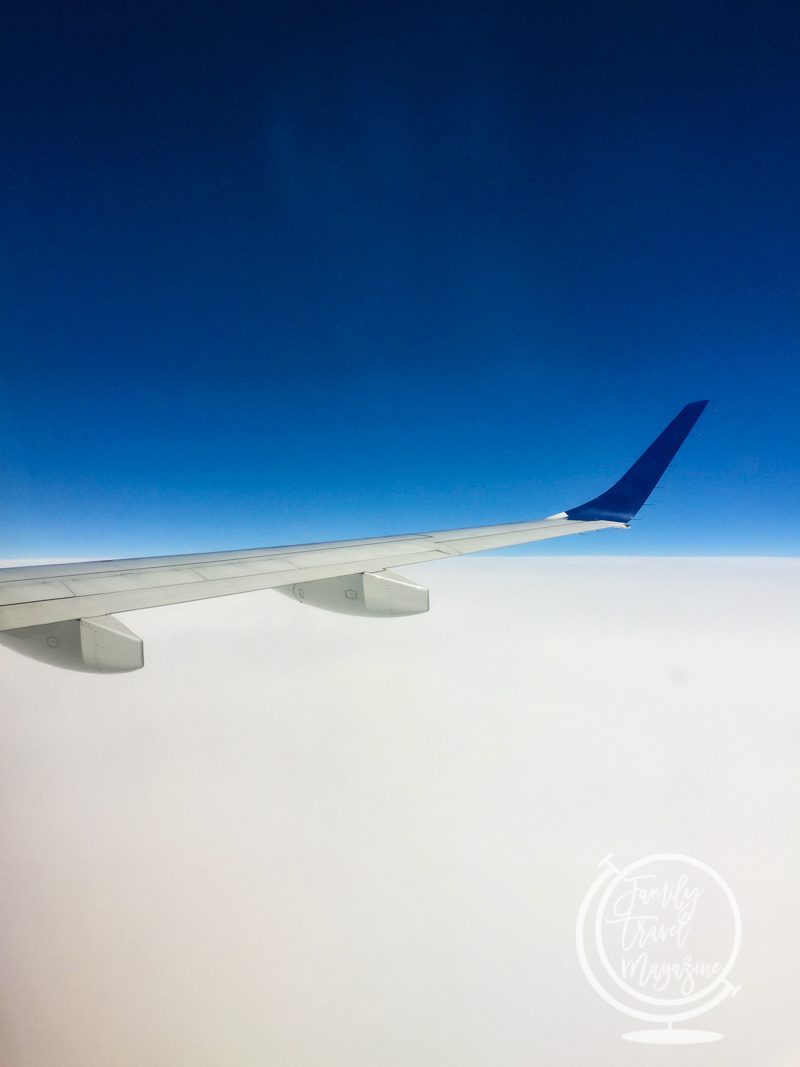