Worth the Line: The Best Rides at Disney World

Although there are so many reasons to visit Walt Disney World with your family, the rides are certainly a big part. There are so many things to do in the four theme parks and two water parks, so I’d definitely recommend that you make a general list of the best rides at Disney World that you want to experience, so you can be prepared.

Here are, in our opinion, the best rides at Disney World. Keep in mind that many of these rides have height restrictions and aren’t necessarily appropriate for all ages.

I am a former member of the Disney Parks Moms Panel and have been on some complimentary press trips at Walt Disney World, but all opinions are my own.

These Are Worth the Line: The Best Rides at Disney World

The Best Rides at the Magic Kingdom

The original Disney World theme park offers classic and nostalgic rides. Easily the most popular theme park in Orlando, guests visit for both the scenery as well as the attractions. There are some definitely must-do rides at the Magic Kingdom including some of the best rides at Disney World.

Here are our picks:

This indoor, dark ride is a rollercoaster through space. It’s actually the first ride that I remember from my childhood, and I have such fond memories of the thrills.

Riders sit in a vertical row, so make sure your kids are okay with not having you next to them. It’s a really fun, exciting ride. If you are visiting during Mickey’s Not So Scary Halloween Party, you’ll definitely want to ride, because the whole ride is in the dark.

This outdoor train ride is both an exciting rollercoaster and a classic Walt Disney World ride. It’s a bit more mild than Space Mountain, but there are still plenty of thrills.

If you can, ride it twice – during the day and at night. It’s one of our all-time favorites. Big Thunder Mountain Railroad is located in Frontierland.

The ride mechanism used for this attraction is so smooth. It glides side to side as it moves. It’s so fun and definitely worth the line.

You can’t go to the Magic Kingdom without visiting the ghost host, haunted hitchhikers, and other ghosts at the Haunted Mansion. Enter the house and hear from the ghost host before boarding a Doom Buggy for a tour through the mansion.

The ride itself is slow, but younger kids maybe a little frightened by the ghostly content. No matter how many times I visit the Haunted Mansion, however, I still have to return each trip.

Pirates of the Caribbean

Another classic ride at the Magic Kingdom is Pirates of the Caribbean. It’s a very mild dark boat ride through the story of the pirates, and when you exit, you’ll be humming that catchy pirate’s tune.

Very young kids might be a bit frightened by the pirates. However, the ride itself is very mild.

The Best Rides at Epcot

Many new guests to Epcot often wonder whether or not the park offers rides. Most people are familiar with the countries of Epcot, as well as the popular festivals (like the Epcot International Food and Wine Festival). However, the park does have some of the best rides at Disney World.

Future World in the park is typically open earlier, with the World Showcase opening later in the day. Keep that in mind as you are planning your

Soarin’ Around the World

This innovative ride is located in the Land pavilion in Future World. First, you’ll line up as you get a safety briefing. Then you’ll belt yourself into the ride, which was based on an Erector set toy.

Once the ride moves, you’ll feel like you are hand gliding across the world. The movie showcases some of the most popular attractions in the world, including the Eiffel Tower and the Taj Mahal.

Also located in Future World, Test Track will let you design and SIM car and then take it through a series of tests. The highlight of the ride is when it travels at top speeds around the exterior of the pavilion.

Hollywood Studios has gone through a very significant transformation over the past few years, with more to come! With two new lands – Star Wars: Galaxy’s Edge and Toy Story Land, opening recently, there is so much for families to do.

You’ll want to spend at least one day at Hollywood Studios and may even consider spending more than one day. This is especially important if you want to get FastPasses but can’t get them for everything in one day.

The Twilight Zone Tower of Terror

I absolutely love this ride. It’s got some of my favorite theming of all the Walt Disney World rides and is so fun to ride.

You’ll start by entering the hotel, where you’ll be guided into a room to learn about the backstory. Then, you’ll be seated in one of those magic elevators. Unlike regular elevators, this one drops down and then shoots right back up.

It’s a little spooky, and it’s also a thrill ride. The Tower of Terror is not appropriate for little ones but tweens and teens will love it.

You’ll start by watching a pre-show that explains why you’ll be racing through LA traffic in a stretch limo. It’s one of the scariest rides at Walt Disney World (based on speed, not theme).

This ride also has a single-rider line, so that’s a good option if you are unable to get a FastPass. We typically try to ride it first thing in the morning.

Star Wars: Rise of the Resistance

This brand-new ride is all the talk of the Disney and Star Wars community. It opened in Galaxy’s Edge in both Disneyland and Walt Disney World, and both rides are exactly the same.

Right now, you’ll have to get a boarding group first thing in the morning in order to be able to experience the ride. It’s so much more than a ride – it really is an interactive experience. During the 15-minute adventure, you’ll join the resistance, get captured by the first-order, and travel in multiple vehicles.

I love this fun outdoor rollercoaster based upon the toy from the Toy Story movies. The theme is immediately noticed as soon as you enter the queue, and it’s just so lively and bright.

The coaster itself is pretty mild, but it’s still lots of fun even if you are a rollercoaster junkie. As a new ride, Slinky Dog Dash is extremely popular, so get a FastPass or plan to wait in line.

The original of the Toy Story rides is now located at the entrance of Toy Story Land. In this midway-based ride, you’ll get 3D glasses and will play virtual arcade games against the other people in your vehicle.

A new track was added to the ride, and the entrance was moved when Toy Story Land opened. Because of this, the capacity has increased and the lines aren’t quite as long as they were when the ride originally opened.

Disney’s Animal Kingdom is most definitely not a zoo. Although there are plenty of animals at the resort, there are also some fabulous attractions.

Expedition Everest is one of my favorite rollercoasters. In this journey to Everest, you’ll encounter a yeti and will be forced backward in your vehicle. It’s lots of fun.

Expedition Everest offers FastPass and also has a single-rider line. I usually use that line to ride the attraction more than once.

If you want to see the animals at Animal Kingdom, definitely go on the Kilimanjaro Safaris. This ride goes through the savannas, where you’ll see real animals including giraffes and elephants.

Because of the nature of real animals, this ride is always different. We’ve seen so many different animals during our safaris, and it’s always worth riding.

One of our best new theme park rides is Avatar: Flight of Passage. This innovative attraction gives you the illusion of riding on a banshee as you fly through Pandora.

It’s an extremely popular ride and there’s no single rider line. As a result, you’ll want to try to get a FastPass for this or go on it first thing in the morning.

General Tips for Riding the Best Rides at Disney World

With the advent of FastPass+, guests can now make advanced reservations for most of the best rides at Disney World. I absolutely recommend that you take advantage of this system, because you’ll save so much time. You can learn more about how FastPass works here.

If you aren’t able to get a FastPass, you may want to get to the park early in the day, before the lines get too long. Single rider lines can also be a good way to minimize lines.

You make also be wondering about Disney theme park tickets. There are lots of different options. To maximize your time in the parks, I recommend getting the park hopper option on your ticket.

It’s more expensive, but with the park hopper, you’ll be able to visit multiple parks per day. That can help with your park plans, and it means you’ll be able to dine in a different park than the one you visit first.

Looking for discounted tickets at Walt Disney World? Check out the options at Undercover Tourist. They offer the same tickets you can get at the gate, but at a discount. 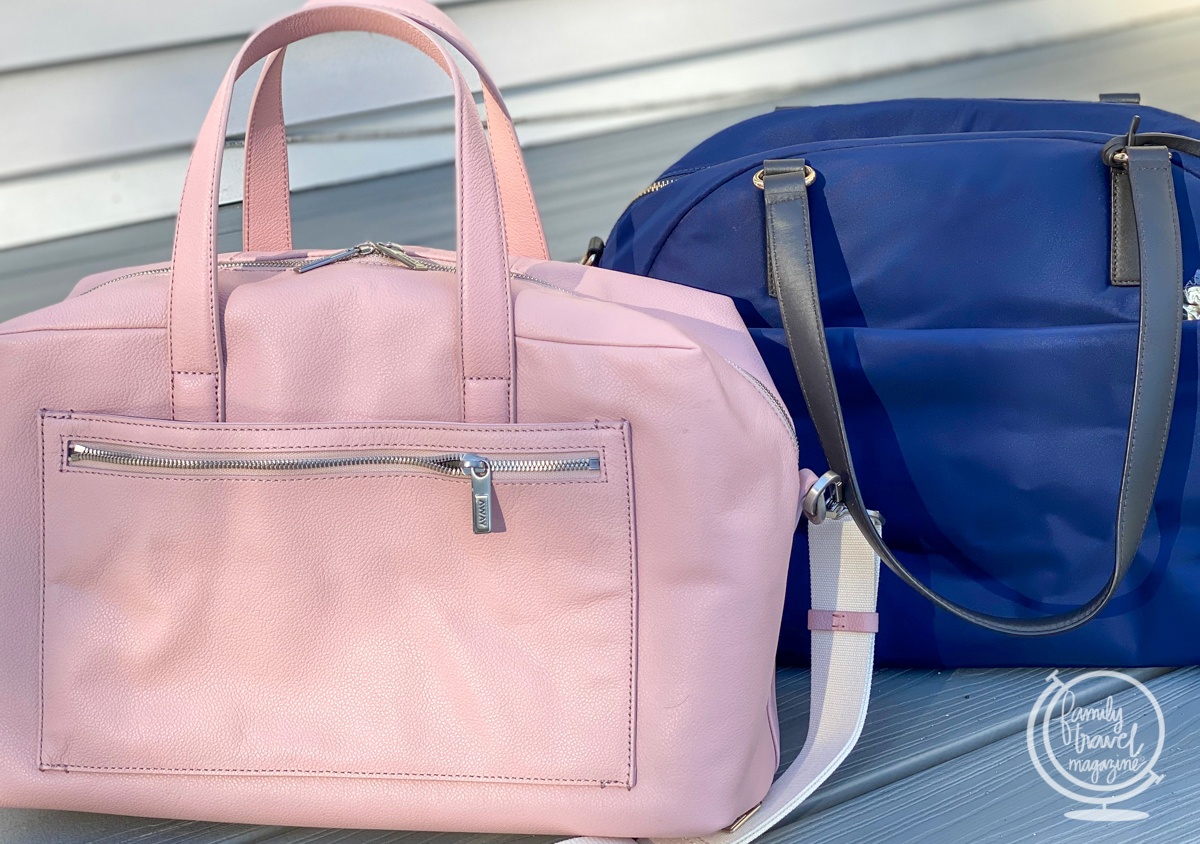 Previous
A Guide to Underseat Luggage For Your Next Flight 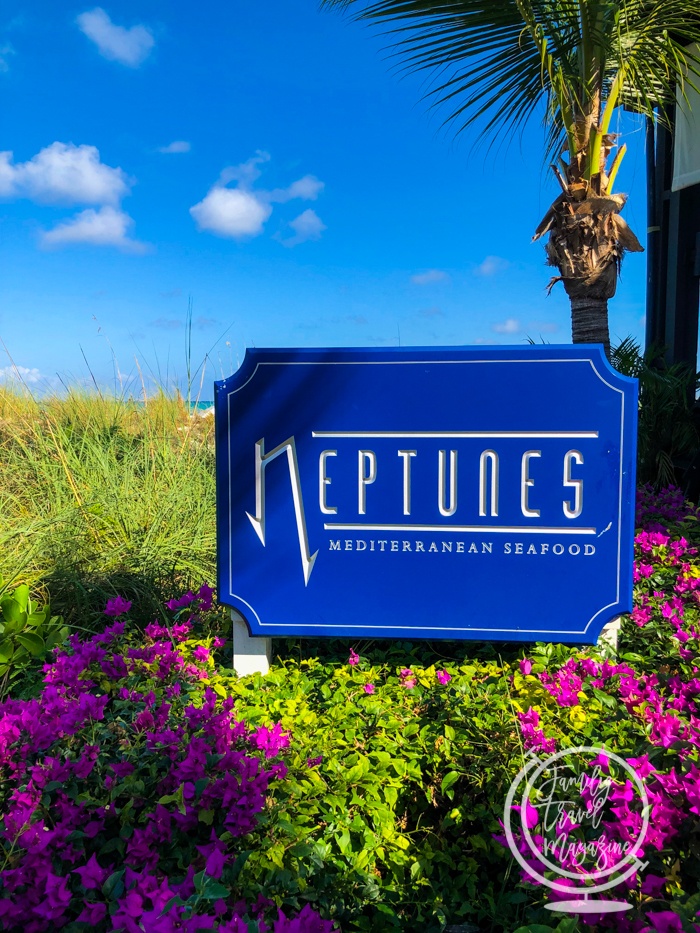 Next
A Guide to Beaches Turks and Caicos Restaurants
Click here to cancel reply.

one of the best place for enjoyment with children.