Disneyland California, the original Disney theme park, is smaller, and much more manageable than Walt Disney World in Florida. Offering two theme parks, three resort hotels, and Downtown Disney, Disneyland still has so much for families to do. Here are all of our posts about Disneyland CA, including tips for planning a trip to Disneyland, an overview of a popular event, a hotel review, a guide to the best rides, and more.

This post contains affiliate links. A click-through/purchase through one of these links may result in a commission paid to us at no additional cost to you. I’ve received discounted/complimentary tickets for Disney Parks in the past but all opinions are my own. I also received a complimentary stay at the Howard Johnson Anaheim.

When purchasing Disneyland tickets, you’ll definitely want to get a discount if possible. Our friends at Get Away Today offer discounted park tickets as well as Southern California vacation packages. Use this link to purchase, and you can get $10 off a valid vacation package with the code FTM10.

Disneyland’s most luxurious hotel is located adjacent to Downtown Disney. Offering a spa, deluxe restaurants, several themed pools, and the perfect location, the Grand Californian is definitely a worthy splurge.

In this guest post by a reader of Family Travel Magazine, you can read about the rooms, service, events, pools, and more at the Grand Californian.

Tips for Planning a Trip To Disneyland

Like Walt Disney World, Disneyland is the type of destination that requires some advanced planning. You’ll need to decide when to go, where to stay, how many days to visit, which parks to visit, what restaurants you’ll visit, and which rides you’ll want to experience.

We recommend making your plans as early as possible, to make sure that you get the best deals and can find the best availability. If you are flying, there are several airports to consider in the area. While LAX is the largest, it can be easier to fly into one of the smaller, regional airports.

In addition to the three on-site Disneyland hotels, there are many hotels within walking distance of the theme parks. This post also contains a list of some of the most popular options.

How to Use the Disneyland App

If you’ve ever traveled to the Disney parks, you know that the apps are essential in planning your family vacation. Over the years, additional information has been added to the apps, including wait times, maps, Genie and Genie+. They’ve become absolutely essential, especially while you are actually in the theme park.

This post, from our affiliate, Get Away Today, provides some perspective on how the app works and what you can do with it. Keep in mind that there are separate apps for both Walt Disney World and Disneyland. In addition, you’ll probably want to have a portable charger with you, because you’ll always want to make sure your phone has power.

When it comes to the Disney Parks, for me, it’s all about the rides. If I could go on every single ride (except the spinning ones) on my trips, I would. Unfortunately, it’s nearly impossible to go on every ride during a quick vacation. So it’s important to look at all of the rides and decide which are the top choices for your trip.

This post lists our top seventeen must-ride Disneyland rides, which include rides at both Disneyland and Disney’s California Adventure. We also recommend looking at the height requirements before going if you are traveling with kids.

One of my favorite events at the Disney parks is the various Food and Wine festivals. While Epcot at Walt Disney World hosts an international food and wine festival, the version at Disneyland is all about Californian foods.

Read our guide to learn more about this festival including tips on how to navigate it.

One of the most unique lands at Disneyland is Pixar Pier, located at Disney’s California Adventure. This area of the park has gone through several theme iterations but is now all about Disney’s Pixar.

Read our guide to Pixar Pier to learn about the location, the rides, the food, and the shops in this colorful and vibrant area of the park.

Guests who are most familiar with Walt Disney World may not know what to expect when they visit Disneyland. The parks are very similar, but Disneyland is much smaller. Some rides are the same, some are slightly different, and some are brand-new.

This guide will help guests prepare for the differences between the two parks before traveling to Disneyland. You may also want to experience some of the rides that are a bit different in Disneyland like it’s a small world and Pirates of the Caribbean.

How Many Days In Disneyland: Planning the Best Itinerary

Because there are only two parks at Disneyland, it can be hard to figure out the perfect itinerary. You’ll want to see everything but won’t want to go for too long. This post can help you choose the best itinerary and choose how many days in Disneyland is best for your family vacation.

Review of the Howard Johnson Anaheim and Water Playground

Looking to stay at a family-friendly hotel within walking distance of Disneyland? The Howard Johnson Anaheim and Water Playground is a fantastic option. It’s a bright, fun resort, and offers a small water playground that kids can splash in at the end of a long day. The newly-renovated rooms are colorful and comfortable, and you can even see the Disneyland fireworks from some of the balconies.

When I first visited Disneyland, I was most excited to visit Disney’s California Adventure. This unique park offers rides and lands that are different from what is offered at Walt Disney World in Florida. Read our overview of the best Disneyland California Adventure rides, including Guardians of the Galaxy: Mission Breakout and the Incredicoaster.

Fans of Disney’s Cars franchise absolutely have to make the trip to Cars Land, which is located in Disney’s California Adventure. This land is one of the most realistic-looking renditions at all Disney Parks and offers shops, food, and attractions.

So, you’ve planned your trip and booked your tickets and hotel. Now, you are probably wondering what to pack. Here is our recommended Disneyland packing list, so that you can be completely prepared for your trip.

The Best Time of Year to Visit Disneyland

While we don’t think there’s ever a wrong time to visit, we’ve put together our thoughts of the best time of year to visit Disneyland.

The Disneyland World of Color show, which takes place in the Paradise Bay body of water by Pixar Pier in Disney’s California Adventure park, is a unique show featuring lights, water fountains, and projections. It’s very popular, which means you’ll need a strategy to see it from the best vantage point.

Disneyland has recently introduced its newest land at Disney’s California Adventure. Avengers Campus features some of the most popular Marvel characters and superheroes in recent years in an immersive land offering attractions, food, and entertainment.

Because it’s so popular, you’ll want to be prepared in advance for your Avengers Campus visit. Read our guide to Avengers Campus to learn what to expect and how to plan your trip. 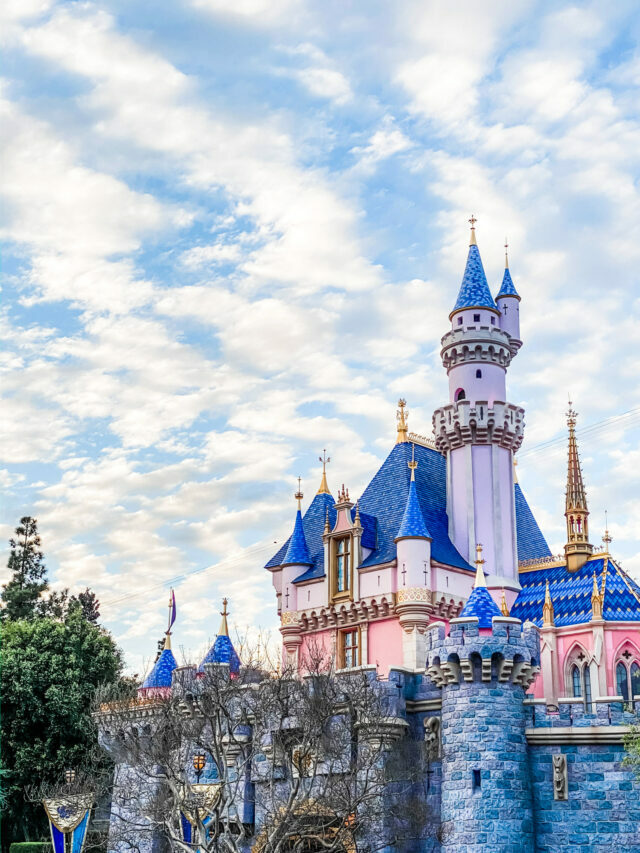 The Best Attractions At Disneyland
Read about the must-ride attractions at Disneyland Resorts two parks – Disney's California Adventure and Disneyland Park
By Jodi Grundig
On Nov 24, 2022 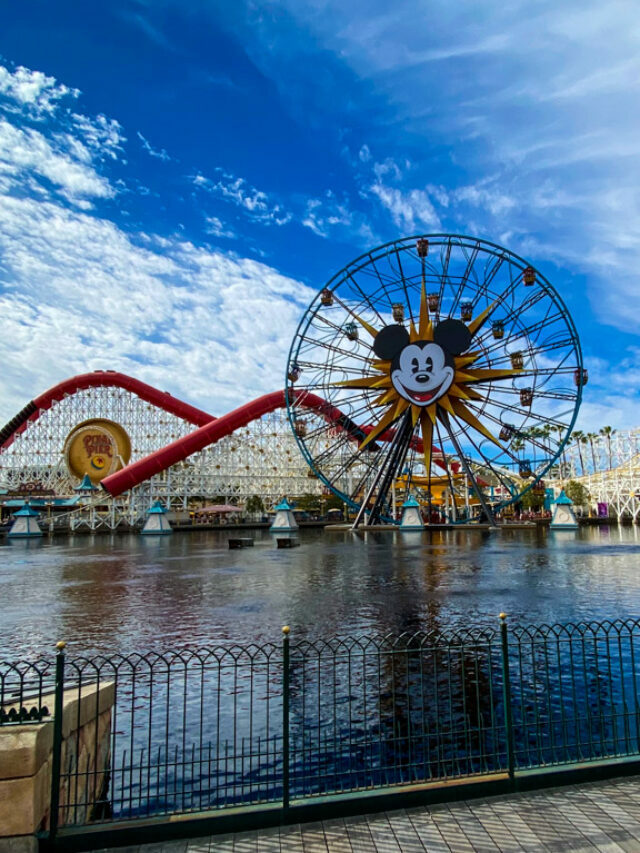 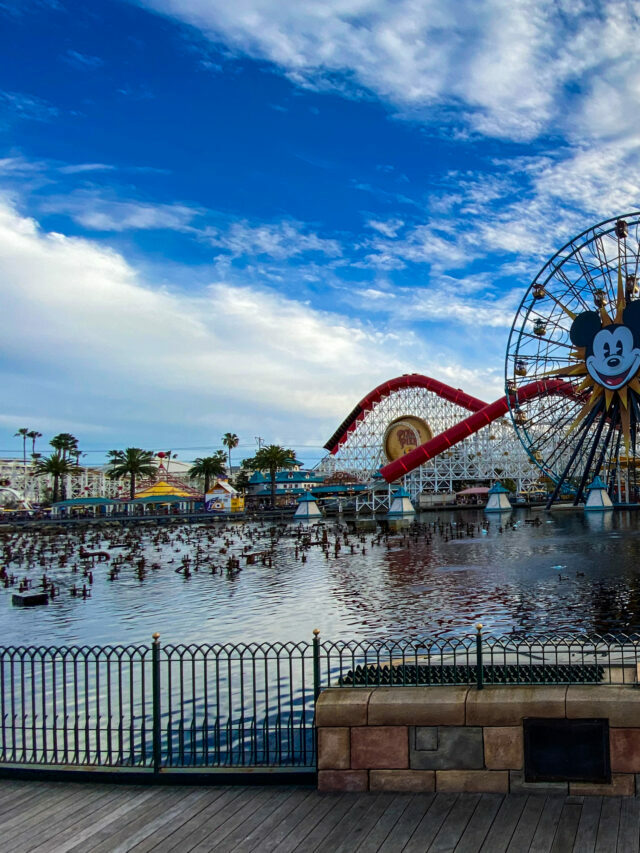 Guide To Pixar Pier
The landscape of Pixar Pier at Disneyland so original and different from anything at the Walt Disney World theme parks. Here's what you'll find when you visit Pixar Pier.
By Jodi Grundig
On Mar 10, 2021 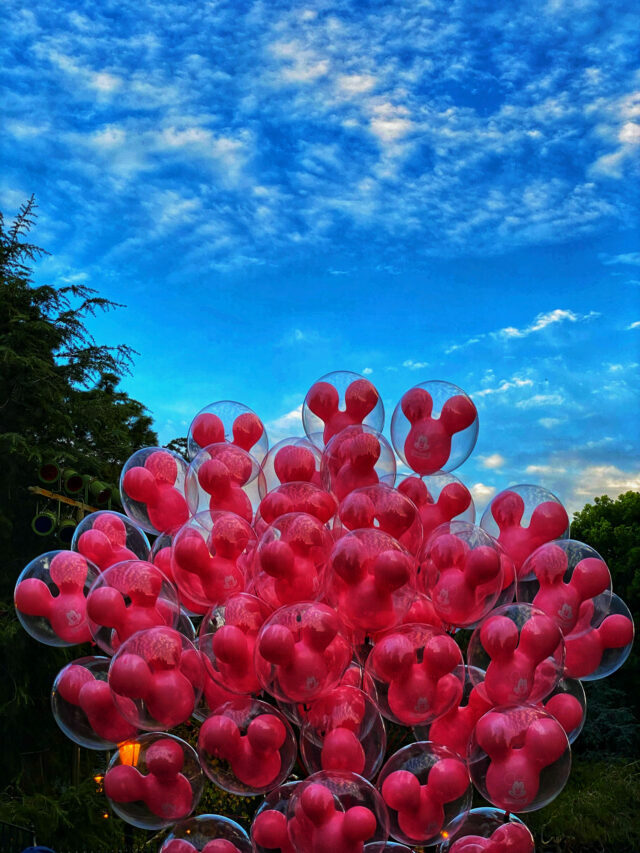 Jodi Grundig has loved traveling since she was a little girl. She started blogging in 2007 on her popular review site Mom's Favorite Stuff and after doing quite a bit of family traveling, decided to launch her own travel blog. Jodi resides in Massachusetts with her husband, sixteen-year-old son, eighteen-year-old daughter, and Havanese dog. Read More…