Two of the newest lands at Walt Disney World are located in Disney’s Hollywood Studios. These have quickly become two of the most popular areas of the park.

This land, based on Andy’s backyard features one existing ride, and two brand-new rides.

This popular ride was expanded to include a new track. In it, you can ride through a 4D arcade midway experience as you gather points while playing games. Compete with the other person in your vehicle, but you can also work together to unlock additional points.

Based on the popular aliens in the Pizza Planet game, this ride spins around and across the ride platform. It’s similar to the Mater’s Junkyard Jamboree at Disneyland. Unlike the Tea Cup ride, these ride vehicles don’t spin in a circle.

This mild roller coaster is arguably the most popular ride in Toy Story Land. It’s based upon the happy slinky dog character in the movies and is lots of fun. Getting FastPasses to Slinky Dog Dash can be difficult, so arrive early for the shortest standby lines.

Star Wars Rise of the Resistance

This brand-new ride in Galaxy’s Edge is being heralded as one of the most innovative and immersive rides ever. FastPasses are not currently offered for this ride. Instead, you’ll need to arrive at the park early (very early) and sign up on the My Disney Experience app for a boarding group.

I haven’t yet had the opportunity to experience this ride, but it’s being promoted as almost 15 minutes long. I can’t wait to check it out.

Smuggler’s Run gives guests the opportunity to pilot the Millennium Falcon themselves. As you enter the pre-show area, you’ll be given a card with your role on the ride – either a pilot, gunner, or engineer.

Pilots drive the ship, gunners protect the ship, and engineers keep things running. The best “job” on the ship is definitely as a pilot, but you won’t have the chance to choose.

Other Rides at Disney’s Hollywood Studios

One of my all-time favorite rides at Walt Disney World is the Twilight Zone Tower of Terror. Guests enter the hotel and watch a pre-show, that explains the backstory behind this attraction.

After the elevator doors close, you’ll be transported to the tower portion of the ride. Then, this haunted elevator will plunge and fly right back up, in random patterns. I absolutely love the Tower of Terror – from the theming to the ride experience.

The Rock N Roller Coaster is another of my favorites. This Disney World thrill ride is the only ride at the four parks that goes upside down.

The original Star Wars ride at Disney’s Hollywood Studios is located outside of Galaxy’s Edge. This ride, a 3D motion simulator, takes you through a Star Wars adventure where you can see some of your favorite characters.

Star War’s Galaxy’s Edge isn’t the only new addition to the theme park. Mickey and Minnie’s Runaway Railway will be opening in 2020 in the former location of the Great Movie Ride.

Voyage of the Little Mermaid

This 17-minute show features the story of the Little Mermaid. It runs on a schedule throughout the day. Keep in mind that Ursula can be a bit scary to really little kids.

Unlike Under the Sea – Journey of the Little Mermaid ride at the Magic Kingdom, this is more of a show than a ride.

I absolutely love this 3D movie that features the beloved Muppets. During the 15 minute show, you’ll see your favorite characters perform, including Kermit, Miss Piggy, and Fozzie.

It’s a fun show, but it’s also a great way to take a break from the sun. We always enjoy resting while watching the movie.

Originally Playhouse Disney – Live on Stage!, this stage show in the Animation Courtyard is a must-visit for any families visiting with little ones. This latest iteration includes favorite characters from Disney Junior, including Doc McStuffins, Vampirina, Mickey Mouse, and Timon.

The show runs on a set schedule. You’ll want to get in line early enough to ensure that you make it into the theater and get good seats.

Interesting in seeing how stunts bring movies to life? This 30-minute show runs on a schedule throughout the day. During the show, you’ll see various stunts performed by “Indiana Jones”.

This isn’t something that we do on every trip to Disney’s Hollywood Studios, but it is a fun show to watch.

Beauty and the Beast Live on Stage

Fans of Beauty and the Beast will want to check out this stage show. It’s based on the beloved Disney movie and runs on a schedule several times per day. FastPasses are offered for guaranteed seating.

If you don’t get a FastPass+ reservation for the show, be sure to line up early so that you can make sure you get a good seat. Daily showtimes for Beauty and the Beast Live on Stage will be listed in the My Disney Experience app.

For the First Time in Forever: A Frozen Sing-Along Celebration

Has Frozen fever hit your house (again)? Check out this sing-along show featuring popular music from Disney’s Frozen. FastPass is offered for the shows that run throughout the day.

It includes segments of the movie playing out with live characters. Follow the lyrics and sing along to your favorite music.

Star Wars fans have so much to enjoy at Disney’s Hollywood Studios. In addition to Galaxy’s Edge, there’s also the evening show – Star Wars: A Galactic Celebration.

It includes music from the movies, as well as fireworks and projections. Check out the app for showtimes of this evening show.

One of the most popular shows at Disney World is Fantasmic!, which runs in the evenings in a dedicated theater at Hollywood Studios. Fantasmic! is about 30 minutes, and includes popular characters from many of your favorite movies.

It takes place in an amphitheater and is very popular. Guests should consider either booking a dedicated Fantasmic! dining package, or will need to get in line early to ensure seating.

The Dining Package is offered at the Hollywood Brown Derby, the Hollywood and Vine, and Mama Melrose’s Ristorante Italiano. There’s also a Fantasmic! Dessert & VIP Viewing Experience which can be booked.

Check the app for Fantasmic! showtimes, keeping in mind that weather conditions can sometimes cause the show to be canceled.

This new projection show runs for about 10-15 minutes in the center of the park. It features scenes from many of the popular and beloved Disney and Pixar movies. Check the app for showtimes.

In addition to the shows and rides at Disney’s Hollywood Studios, there is also the opportunity to see some of your favorite Disney, Pixar, and Disney Junior characters.

Character greetings are always subject to change, but may include the following:

Check the Times Guide in the park, or the app to get information on what characters are in the park during your visit.

Up until recently, most of the rides at this park are in the first tier, meaning that you could only choose one ride to get a FastPass when making your initial selections. The exception to this was Star Tours, as well as all of the shows that offer FastPass.

However, now that Millenium Falcon: Smuggler’s Run is offering FastPasses, the tiers have changed. Now, the tier 1 attractions are Smuggler’s Run and Slinky Dog Dash, while the other rides and shows are tier 2.

I definitely recommend booking your FastPasses as early as possible. This is both early within your booking window (either 30 days or 60 days in advance, depending on whether you are staying on property), as well as early in the day.

With so many great rides and shows, you are likely to work up an appetite. Luckily, there are a variety of restaurants, quick service counters, and snack carts throughout Disney’s Hollywood Studios.

One of my favorite restaurants at all of Walt Disney World is the Hollywood Brown Derby. It’s a signature restaurant, so it’s a bit more upscale. It offers a menu full of delicious food, although my favorite is the famous Cobb salad.

This casual diner offers a character dining buffet for breakfast. Featuring popular Disney Junior characters, this can definitely be a memorable experience for younger kids.

Go back in time to the ’50s at the diner offering comfort food specialties. It’s open for both lunch and dinner.

Have a craving for Italian food? Mama Melrose’s Ristorante Italiano offers delicious Italian food in a casual atmosphere. It’s open for lunch and dinner and offers the Fantasmic! Dining Package.

This new lounge offers small plates as well as a drink menu. Specialties include California wines and beers.

Located in Star Wars Galaxy’s Edge, Oga’s Cantina is a lively bar that offers unique alcoholic and non-alcoholic drinks. There’s only one snack on the menu so you’ll definitely want to eat somewhere else before or after visiting Oga’s.

In addition to these table service restaurants, there are also a number of quick-service restaurants and snack/beverage stands at Disney’s Hollywood Studios. Our favorites are PizzeRizzo and the Sunset Ranch Market, which is more of a food court with central seating.

Getting to Disney’s Hollywood Studios is fairly easy, depending on where you are staying.

Friendship boats travel from Epcot, the Yacht and Beach Clubs, the Boardwalk, and the Swan and Dolphin Resorts. It’s also possible to walk from these resorts to the theme park.

Bus service is offered from the other resorts, including the All-Star Resorts, Coronado Springs, the monorail resorts, and the Port Orleans Resorts (among others).

The new Skyliner has a station right outside the front gates of Hollywood Studios. This new mode of transportation brings guests from Disney’s Riviera Resort, Pop Century, Art of Animation, Caribbean Beach, and Epcot.

All of the on-property Walt Disney World resorts offer transportation to Disney’s Hollywood Studios, so they are all fairly convenient. However, if you’d like to walk to the theme park, your options are the Yacht and Beach Club, the Boardwalk Inn, and the Swan and Dolphin Resorts. 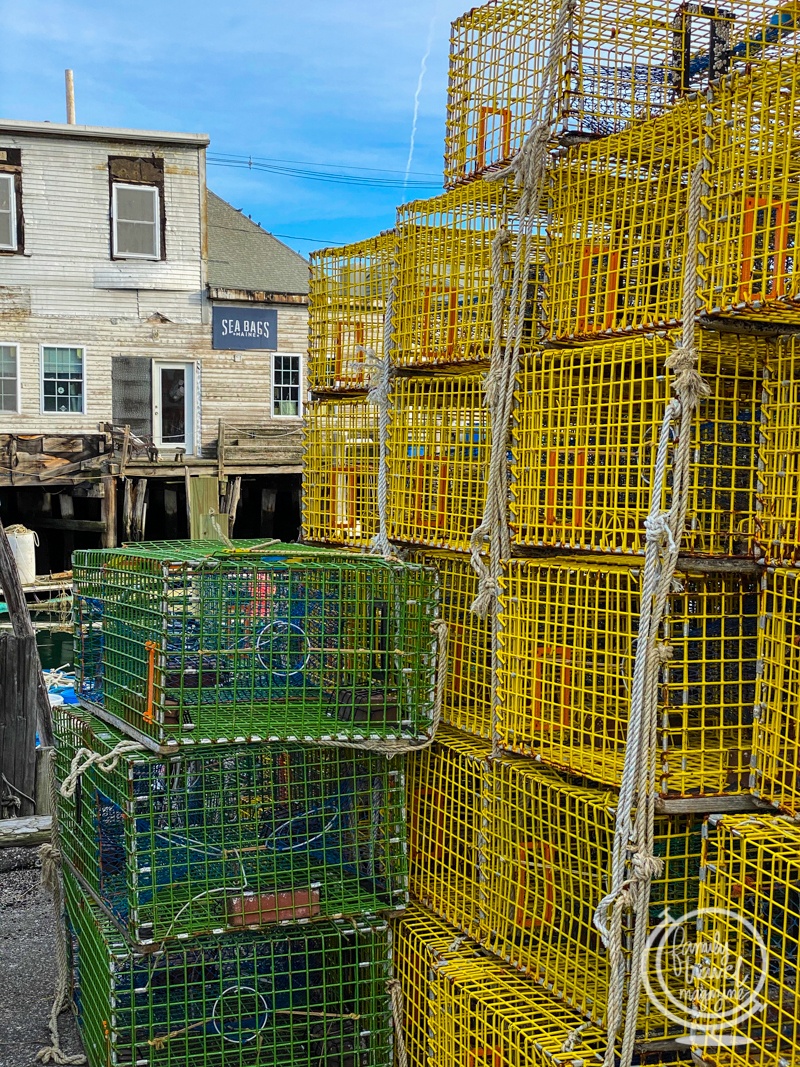 Previous
Portland Maine Shopping: Where to Shop on Your Vacation 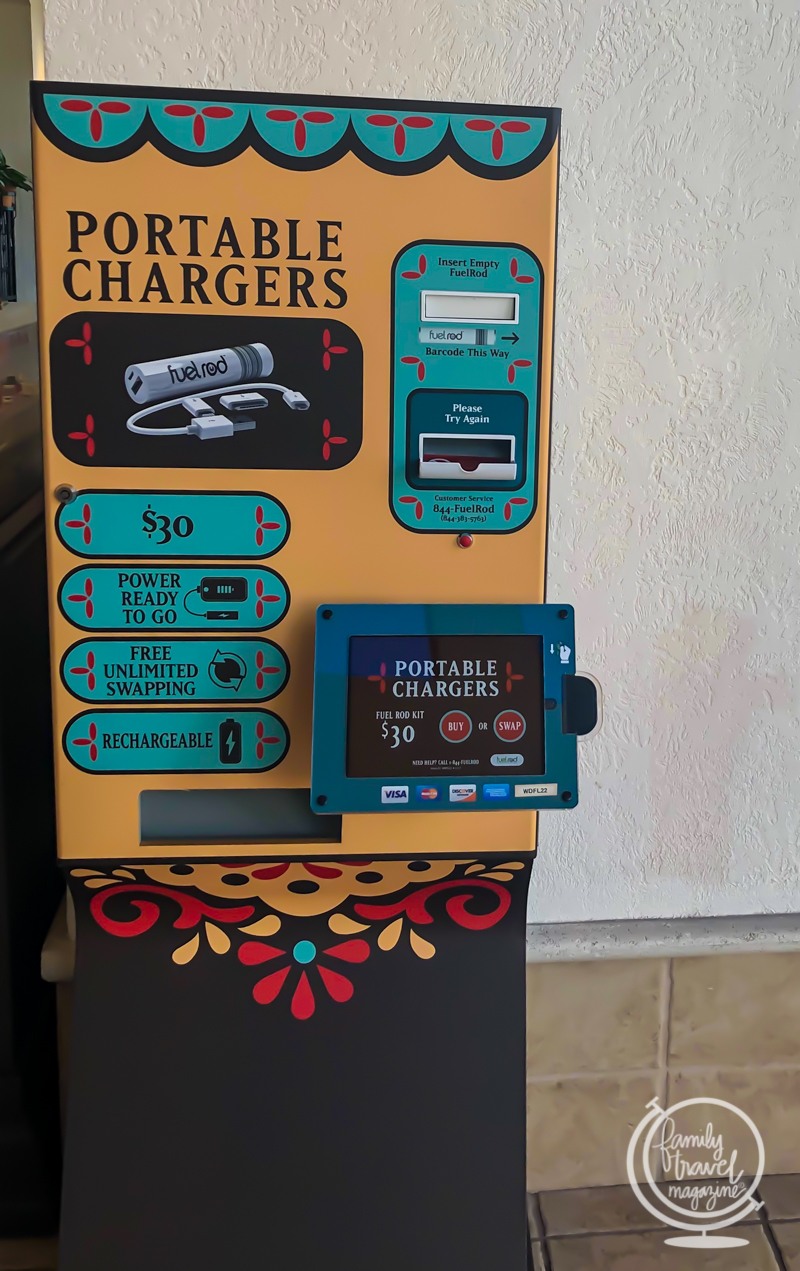 Next
Best Portable Phone Chargers To Keep Your Devices Powered Up
Click here to cancel reply.