Although I’ve seen (most) of the main Star Wars movies, I don’t consider myself a fan. I don’t really understand the various affiliated movies and shows, like Solo and the Clone Wars. So, when Galaxy’s Edge (often referred to as Star Wars Land) opened at Disneyland and Walt Disney World, I wondered if I would enjoy it.

During two recent trips to Walt Disney World, I had the opportunity to spend quite a bit of time in Galaxy’s Edge. While I probably didn’t understand all of the nuances of the land, I do definitely appreciate the attention to detail and the immersive experience of Star Wars Galaxy’s Edge.

If you aren’t a big fan of Star Wars and are considering a Star Wars Land visit, here’s what you need to know. You can still have a great time at Galaxy’s Edge without having to watch all of the movies before you go.

I am a former member of the Disney Parks Moms Panel and have been on some complimentary press trips at Walt Disney World, but all opinions are my own. I visited Galaxy’s Edge with my WDW annual pass and at my own expense for flights and hotel.

A new soundtrack to Galaxy’s Edge, written by original Star Wars composer John Williams, and performed by the London Symphony Orchestra, is used in the two Star Wars-themed lands.

At WDW, Galaxy’s Edge is located between Toy Story Land and MuppetVision 3D. As you head into the land, you’ll immediately be transported to Black Spire Outpost, on the Planet Batuu. This planet, which was created for Galaxy’s Edge, is where the events and activities on Star Wars land take place.

Cast Members at Galaxy’s Edge are all citizens and employees of Batuu. Ask for a restroom, and the cast member will direct you to the nearest refresher. In addition to being immersive, Galaxy’s Edge is large – the largest single-theme land expansion at Walt Disney World.

Walt Disney World utilizes a reservation system to get into Galaxy’s Edge, but it wasn’t needed during my several visits. You can find out more information on the My Disney Experience app when you arrive at Walt Disney World.

For me, the most important thing about any area of Walt Disney World is the rides. While Galaxy’s Edge will ultimately boast two separate rides, the land opened with one. A second ride, Star Wars Rise of the Resistance, will open in December at Walt Disney World and January 2020 at Disneyland.

A FastPass line is also offered, although initially, the ride did not have FastPass. Your experience may vary as you try to book FastPasses.

After you enter the main area of the ride, you’ll learn from Hondo Ohnaka about your mission to collect First Order coaxium. Then, a cast member will give you a card with your role on the mission.

The best role is that of a pilot. Two pilots control the vehicle – one moves it left and right while the other moves it up and down. Other roles include two gunners and two engineers.

Once you load on the vehicle, you’ll take your seat and check out the controls you need to use. The ride itself includes jerky movements like drops and side to side movements. It’s a motion simulator, similar to a flight simulator.

While I did enjoy the ride, I think it’s a much better experience if you have the opportunity to be a pilot. It’s a little awkward for the ride to accommodate six since you’ll almost definitely need another party or single riders to fill your vehicle.

If you use the Play Disney Parks app, you’ll be able to collect galactic credits from your mission on the app.

The second ride, Rise of the Resistance, looks to be a ride like no other. Although it isn’t yet open, I’ve seen several videos showcasing the experience. Rise of the Resistance features the Star Wars characters you know, like Rey, Poe, and Finn. It includes holograms and is rumored to run about 15 minutes.

After rides, food is the next important thing to me in any land at Walt Disney World. Galaxy’s Edge doesn’t have a sit-down table service restaurant, but they do have lots of different food options.

Docking Bay 7 Food and Cargo is the main quick service location. It offers indoor and outdoor seating, as well as mobile ordering. Menu items include ribs and chicken. It’s open for breakfast, lunch, and dinner.

There’s also Ronto Roasters, located in the Marketplace. This is more of a kiosk, with very limited seating. Menu items here include chicken and pork wraps and jerky.

Oga’s Cantina is the only place in Galaxy’s Edge that offers reservations. Ogas is a bar, with both alcoholic and nonalcoholic beverages. As you enter the line, you’ll be given Oga’s rules.

Two beverages are allowed per guest, and you’ll be able to stay for 45 minutes. In addition, you can’t move from your assigned spot, or your spot may be given to someone else.

I visited Ogas on my first trip to Galaxy’s Edge and had so much fun. I would definitely recommend making a reservation. Even if you don’t want to plan for any day drinking, there are lots of fun nonalcoholic options available. The drinks are all fun-looking, and delicious.

When you are seated, you may be placed at a table with other guests, or at a standing location. Be prepared to stand. As you enjoy your beverage, you’ll be treated to music from DJ R3X.

In addition to these two spots, there are several kiosks located throughout Galaxy’s Edge. These include the infamous Blue Milk stand, where you can get Blue or Green milk, either with or without alcohol. While I didn’t love the alcoholic blue milk I tried, it’s something most Star Wars fans will want to have at least once.

Any Star Wars fan will love the various shopping experiences located throughout Galaxy’s Edge. Two of these experiences, the Droid Depot and Savi’s Workshop (for creating your own lightsaber), offer advance reservations. These are highly recommended, and each reservation covers one person making the item and one observing. You’ll need one reservation for each person who wants to make a droid or lightsaber.

The Droid Depot utilizes a conveyer belt where you’ll be able to choose the components of your droid. You’ll then bring it to be activated. Once activated, these droids can interact with elements of Galaxy’s Edge.

They come in a box, or the Droid Depot also sells fun backpacks that can hold them. I saw so many kids carrying them on the plane when I left Florida.

At Savi’s Workshop, you’ll be able to choose from various themes to build your lightsaber. These are different from the ones offered outside of Star Tours. While I didn’t build one, I did talk to a guest at Oga’s who had just built his own. It seemed to be a fun, once in a lifetime experience for a Star Wars fan.

There are other shops in Galaxy’s Edge, including the Creature Stall, Black Spire Outfitters, Jewels of Bith, Toydarian Toymaker, Don Ondar’s Den of Antiquities, First Order Cargo, and Resistance Supply. If you’ve got a Star War’s obsessed kid, you’ll want to set a budget before visiting the land to appropriately set expectations.

Other Things at Galaxy’s Edge

While you are at Galaxy’s Edge, you’ll find some popular Star Wars characters walking around the outpost. These include Rey, Kylo Ren, the Stormtroopers, and Chewbacca.

Seeing the Stormtroopers is especially fun because they interrogate random guests, asking what side they are on. It really adds to the immersive experience at Star Wars Land.

There are some additional Star Wars experiences that existed at Walt Disney World before the opening of Galaxy’s Edge. These include the Jedi Training: Trials of the Temple. This is open for kids aged 4 to 12 years old. To participate, you’ll need to sign up in advance at the Indiana Jones Adventure Outpost at Hollywood Studios.

In addition, Star Tours – The Adventures Continue, is also open at Disney’s Hollywood Studios. This 3D adventure is located outside Galaxy’s Edge but it’s still worth riding.

Overall, as a non-fan of Star Wars, I still appreciated the various touches and details of Galaxy’s Edge. I am really looking forward to the second ride opening, because it looks to be one of the most amazing experiences at Walt Disney World. 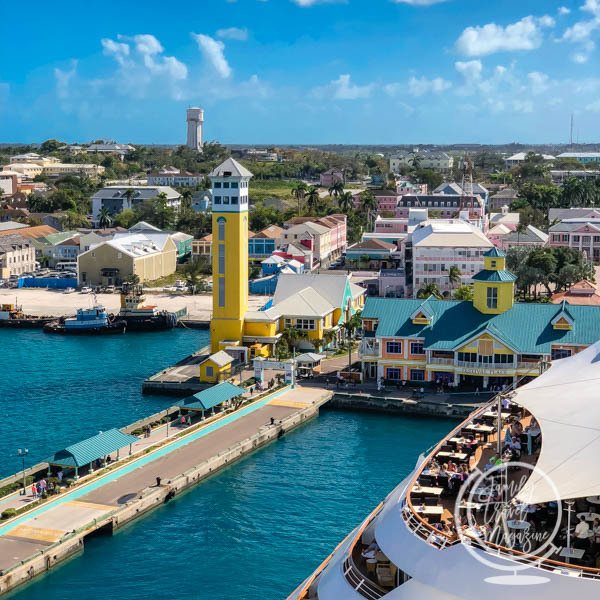 Previous
What to Bring on a Cruise 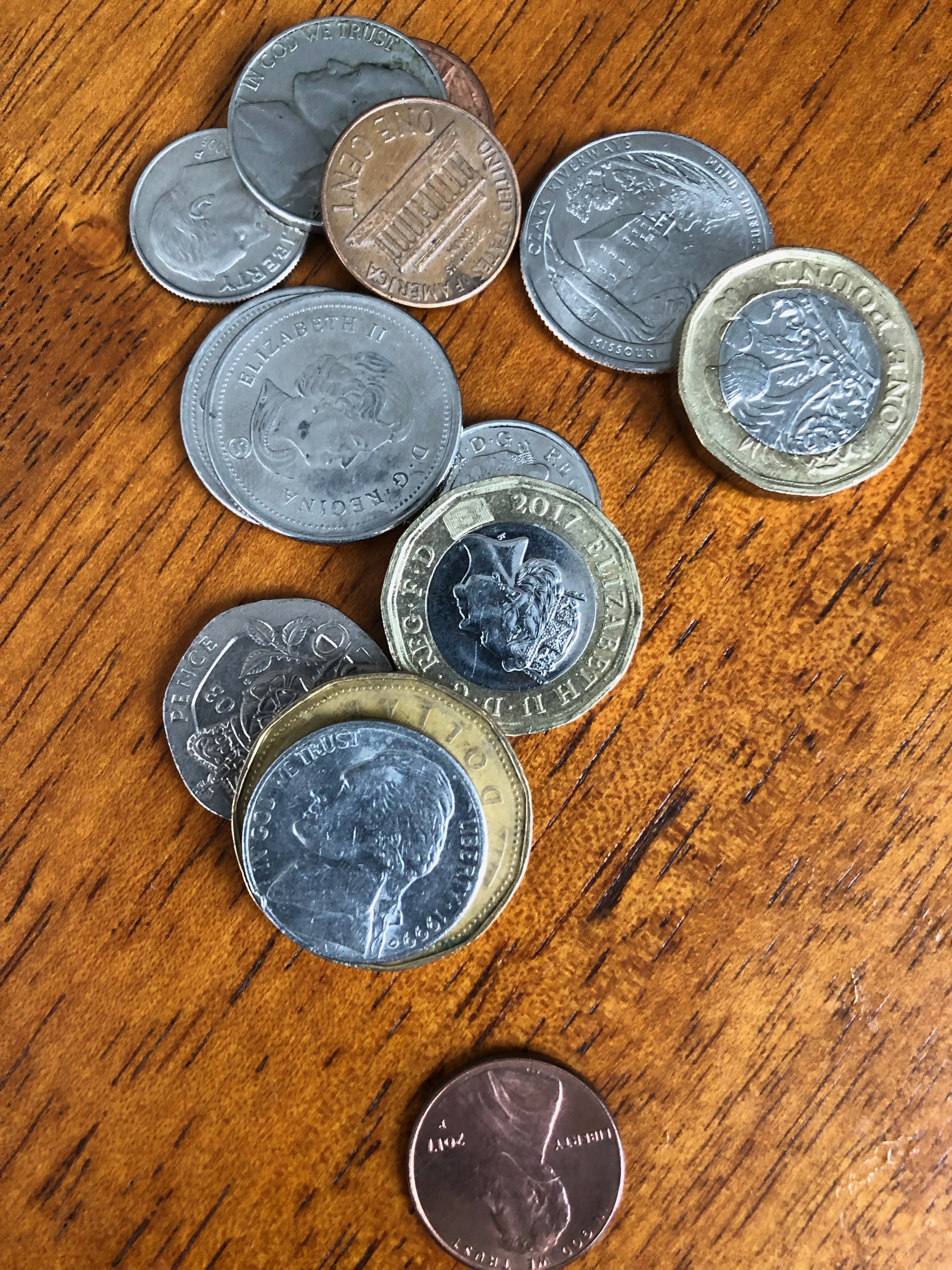 Next
The Best Travel Deals Sites For Families
Click here to cancel reply.