Many Disney fans are local to either Walt Disney World or Disneyland, usually based upon geography. But I’d definitely recommend visiting both parks because there are so many differences between Disneyland and Disney World.

It’s so fun to visit both, to see the various attractions that are either completely or slightly different between the two parks. Here are the main differences – both in planning your stay and your experience once you are there.

I am a former member of the Disney Parks Moms Panel and have been on some complimentary press trips at Walt Disney World, but all opinions are my own. This post contains affiliate links. A purchase/click through one of these links may result in a commission paid to us.

The Size Difference Between the Two Resorts: Walt Disney World and Disneyland

If you’ve visited the two resorts, you’ll probably agree that the biggest obvious difference between the two resorts is the size. While Walt Disney World features four theme parks, two water parks (Typhoon Lagoon and Blizzard Beach), Disney Springs, multiple golf courses, and the ESPN Wide World of Sports, Disneyland just has the two parks and Downtown Disney. The land covered by Walt Disney World is massive and nearly impossible to cover in just one visit.

The two parks at Disneyland include Disneyland Park (most similar to the Magic Kingdom) and Disney’s California Adventure, while Walt Disney World offers the Magic Kingdom, Epcot, Animal Kingdom, and Disney’s Hollywood Studios. While you could definitely consider visiting the two Disneyland resort parks in about 2-3 days, you would definitely need more than a week to see most of Walt Disney World.

One of the biggest benefits I see to visiting Disneyland is the ability to easily visit the two parks in one day. It’s so easy to walk from one park to the other, and once you go through security once, you are cleared for both parks. It makes it so simple to have an efficiency visit using the MaxPass and/or FastPass systems to ride the attractions. To do this, however, you’ll want to get park tickets with the park hopper option.

While I love Walt Disney World, I do find it difficult to park hop multiple times per day. Because of the distance between the parks, it’s not as easy as walking across the courtyard. In addition, you always have to go through security at each park at Walt Disney World.

Disney Resort Hotels at Both Disneyland and Walt Disney World

There are no hotels in common between the two resorts. Disneyland offers three hotels – the Disneyland Hotel, the Grand Californian Resort, and Disney’s Paradise Pier Hotel. In addition, there are a number of “good neighbor” hotels across in the street and in the surrounding area that offer family-friendly amenities and accommodations.

Walt Disney World has over two dozen hotels in three different room categories – deluxe resorts, moderate resorts, and value resorts. There’s also the Fort Wilderness campground, where you can bring an RV, stay in a tent, or stay in a cabin. While there are also off-property resorts, they aren’t quite as convenient as the Disneyland off-property hotels, because you can’t walk to the parks.

Different Lands at Disneyland Park and the Magic Kingdom

Although the Magic Kingdom and Disneyland Park have some of the same “lands”, there are also some different lands that exist in one park but not the other. Fantasyland, Tomorrowland, Adventureland, Main Street USA, and Frontierland exist in both parks.

At the Disneyland Resort in California, you’ll also find Critter Country, New Orleans Square, and Mickey’s Toontown. Some of the rides are in different lands in the two parks. So for instance, while you’ll find Pirates of the Caribbean in Adventureland at WDW, it’s in New Orleans Square. Splash Mountain is in Frontierland at Walt Disney World and Critter Country in Disneyland. It can definitely be a little surprising to look for a favorite ride in the same land and find out that it’s somewhere else.

Disney’s California Adventure has completely different lands than anything at Walt Disney World, although there is a Hollywood Land. Walt Disney World fans will especially love Pixar Pier and Cars Land.

When it comes to attraction differences between Disneyland and Disney World, they fall into two buckets. In some cases, there are attractions that exist at one of the resorts, but not another. In other cases, there are resorts that are similar (and maybe even have the same name), but also have some differences. If you are wanting to see the differences between Disneyland and Disney World with regards to attractions, here are some of the things you’ll want to check out.

At Disneyland Resort , completely different rides include the following:

At Walt Disney World, here are a few of the different rides:

There are also some rides that have the same or similar name but are a bit different.

Guests on either coast may enjoy the entertainment, shops, and restaurants at Downtown Disney/Disney Springs. While they both have a similar concept, Downtown Disney is definitely smaller than Disney Springs. Neither require park admission, so they are a great place to visit on a day that you don’t have tickets.

Utilizing the FastPass system can be a great way to save time at the parks. It’s offered on both coasts, but the process is different.

Disneyland still utilizes the paper FastPass system, although they do have a premium program as well. Any guest can get FastPasses by going up to the kiosks. You’ll be given a receipt with the next available time.

For $15 per day per guest (as of 3/19), you can also upgrade to MaxPass. This program is offered at Disneyland but not Disney World. With MaxPass, you can book your FastPass reservations on the Disneyland app. It’s so much easier because you won’t have to actually walk up to the kiosk, and you can actually get a FastPass reservation at one park while you are at the other.

As an added benefit to MaxPass, it also includes any PhotoPass pictures taken of you while you have the MaxPass. That can be a great money savings if you have lots of pictures taken.

Food can be a big part of your Disney vacation. The most popular restaurants at Walt Disney World book up months in advance. Guests at WDW can book their dining reservations 180 days in advance. Again, this can be great for advance planners, and a bit challenging for last-minute guests.

At Disneyland, you can book your dining reservations 60 days in advance, making it easier for last-minute travelers. You won’t need to plan a full six months in advance.

Of course, at both parks, this only applies to sit down restaurants. You can always walk up to the quick service restaurants at any time to eat. Mobile ordering is also offered at both parks. Just keep in mind that each park has its own app, so you’ll need to download them separately.

There are lots of other differences between the two parks as well Walt Disney World offers MagicBands, which can be used to open resort hotel doors, pay for purchases, allow access to the parks, and utilize FastPass and PhotoPass. Disney on-property guests receive complimentary MagicBands, while other guests have the option to purchase them. There are no MagicBands at Disneyland.

Walt Disney World also offers the complimentary Disney’s Magical Express from Orlando International Airport to any of the on-property hotels. This is offered exclusively for those staying on property. While you can take Disneyland Resort Express from some of the LA area airports to Disneyland, this is not a free service offered by Disney.

Have you been to both parks? What is the biggest difference between Disneyland and Disney World that you’ve experienced? 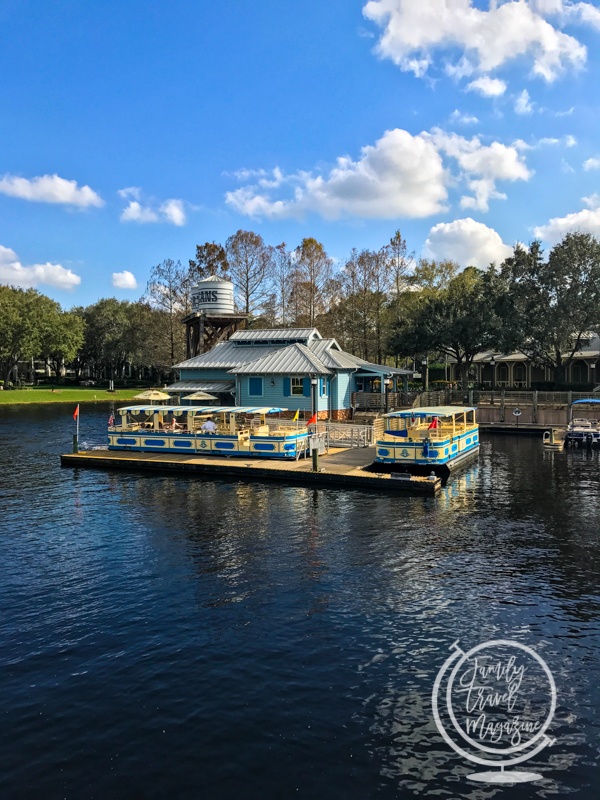