The Best Disney World Resorts for Toddlers and Young Kids

Walt Disney World can be the perfect place to visit with the whole family. Even if you are traveling with toddlers and/or young kids, you’ll feel comfortable in the restaurants, resorts, shops, and theme parks at Walt Disney World. One of the first decisions that you’ll need to consider is which resort to stay at. Some of the best family hotels are at Walt Disney World.

You’ll have the option to stay either off property or on property at Walt Disney World. There are so many great hotel choices throughout the greater Orlando area. But, if you want to stay on property, you may be wondering what are the best Disney World resorts for toddlers and young kids.

Did we miss your favorite? Leave us a comment below.

Due to the ongoing pandemic, amenities, transportation, restaurants, and resorts may be temporarily closed.

Save money on your Walt Disney World tickets by booking through Get Away Today.

The Best Disney World Resorts for Toddlers and Young Kids

Decide on Your Itinerary

Walt Disney World is absolutely enormous, and it’s nearly impossible to visit the entire park during one vacation. So while you’ll need to pick your resort early in your planning process, you’ll probably want a general idea of which parks and attractions you’ll want to experience.

When my kids were toddlers/younger kids, we visited all four theme parks. However, we spent most of our time at the Magic Kingdom. Depending on your plans, you may consider staying at a resort close to the theme park where you’ll spend most of your time.

Keep in mind that it’s impossible to stay in a Disney resort close to all four theme parks. So you’ll have to choose proximity to one or two parks.

Disney transportation is something else you should consider. If you don’t rent a car, you’ll probably want to take Disney’s complimentary transportation to the theme parks. There are four options – boats, the monorail, buses, and the new Disney Skyliner.

Some of these are easier than others, but not every transportation option is available at each park/Disney resort.

Another consideration is your specific child. Depending on your kids’ interests, you may want to consider a specific hotel. For example, the Animal Kingdom Lodge is an amazing hotel with gorgeous savanna views. For kids that love animals, this could be the perfect choice.

If your child has a specific film/character they love, you may also consider that. Disney’s Art of Animation Resort has four themed sections that are really fun for kids. These include the Little Mermaid, Cars, Finding Nemo, and the Lion King.

If you aren’t already familiar with Disney resorts, you may wonder what the differences are between the deluxe, moderate, and value resorts. We have separate guides to each of them where you can get specific details.

In general, regardless of the category of resort, you can expect to find the same family-friendly service. All of the resorts have pools, although the deluxe resorts have more elaborate pools with water slides. They all have food service as well as transportation to the theme parks.

Disney’s Animal Kingdom Lodge has several room options, including standard-view rooms, pool-view rooms, and savanna-view rooms as well as Disney Vacation Club suites and club-level rooms. I definitely recommend upgrading to a savanna-view room if it’s in your budget because it’s so fun and unique to have views of the animals all day long. The rooms themselves are pretty standard, with African-inspired furnishings.

There are two sections of the resort – Jambo House, which is the original resort, and the newer Kidani Village, which is a Disney Vacation Club property.

Amenities at the resort (besides the animals) include several delicious restaurants (Sanaa, Boma, and Jiko), two pool areas, an arcade, campfire activities, and other special programs. This resort really feels remote and separate from the parks, and is really a special place.

Disney’s Art of Animation Resort is one of newest resorts on property. It’s a value resort, but it offers family suites that can be great for larger families (or families looking for a bit more space).

The family suites can accommodate up to six people and include one separate bedroom with a queen bed, and a living room with a pullout couch, a convertible table/double bed, and a kitchenette area, as well as two bathrooms.

Amenities at the resort include the Big Blue Pool, which is the largest resort pool on Disney property. There are also two smaller pools in the Cars and Little Mermaid sections. Surrey bike rentals are also available, and there’s an arcade in the main building.

You’ll have a few different options when going to the theme parks. There’s a Skyliner station on the bridge between the Art of Animation and Pop Century resorts. You can take that to Hollywood Studios and Epcot. For the Magic Kingdom and Animal Kingdom, bus service is available.

On our very first family vacation with our (then) toddler and infant, we stayed at Disney’s Port Orleans French Quarter. We chose that Disney hotel for several reasons. As a moderate resort, it was in our budget, and as a smaller resort, it was very manageable with young kids. It didn’t have a particularly kid-friendly theme, but our kids were so little that they didn’t really notice.

Disney’s Port Orleans actually has two separate sections – French Quarter and Riverside. Guests of one section have access to all of the amenities at the other resort. Riverside is the larger of the two resorts and has more amenities.

We really loved Port Orleans French Quarter with little kids because it’s a smaller and quieter resort. It was just a short walk to the buses and food court, making it very convenient for us.

Room types include royal rooms (at the Riverside section), standard view rooms, river view rooms, and preferred rooms. These hotel rooms include queen beds, a bathroom, and a refrigerator.

Disney’s Port Orleans resort is located in the Disney Springs area of Walt Disney World. Boat transportation is offered to Disney Springs, and buses are available to the four theme parks and the two water parks.

Pop Century is located over the bridge from Art of Animation. Therefore, you’ll also have access to the Skyliner station that sits between the two resorts. It’s a pretty large resort, but is also very walkable.

The theme of Pop Century is general pop culture from the 50s to the 90s, with bright colors and designs. As you walk around the resort, you’ll find huge cultural icons like a yo-yo, Rubik’s Cube, and a container of Play-Doh. It’s a colorful resort, with a fun atmosphere that will appeal to kids.

Room options include standard view rooms, premium location rooms, and pool-view rooms. I generally recommend a standard view room unless you have a location that you really want to be in. The Pop Century rooms were recently renovated, and include one queen bed and one queen pull-down bed.

The resort offers a large food court, three pools, an arcade, and a playground. The Skyliner will take you to Disney’s Hollywood Studios and Epcot, and you can get to the rest of the theme parks by bus.

If your plans include lots of time at Epcot and the Magic Kingdom, you may consider a resort on the monorail loop. Disney’s Polynesian Village is a nice choice because it’s so convenient. Depending on where your room is located, it may also be easy to walk over to the Ticket and Transportation Center for a direct monorail to Epcot and buses to Hollywood Studios and Animal Kingdom.

Disney’s Polynesian Village Resort is a deluxe Disney resort that offers loads of fun amenities and activities. Restaurants at the resort include ‘Ohana (which has a fun Disney character breakfast), Kona Cafe, Capt Cook’s, and Pineapple Lanai (offering the delicious iconic Dole Whip).

Amenities include the Lava Pool, the Oasis Pool, motorized boat rentals, fishing, and volleyball. You’ll also be near the Senses spa, which is located at the edge of the Grand Floridian.

Room types include theme park view, pool view, lagoon view, and standard view. It’s an expensive resort, but you can save money by choosing a standard view – especially if you don’t plan to spend too much time at the resort.

My absolute favorite Disney resort is Disney’s Beach Club Resort. It’s a deluxe resort located in the Epcot resort area, and has a fun, casual theme reminiscent of the beach clubs along the Atlantic coast.

I especially love the location of the Beach Club, because it’s so easy to walk right over to the Epcot World Showcase. This is the back entrance of Epcot, so if you want to take the monorail, you’ll have to walk to the front of Epcot. You’ll also be close to the Disney Skyliner.

In addition to walking and the Skyliner, other transportation options include the bus (to Animal Kingdom and the Magic Kingdom), and Friendship boats (to Hollywood Studios).

The Beach Club, along with its sister resort (the Disney Yacht Club), offers Stormalong Bay, a pool area with a water slide, a sandy-bottom pool, a lazy river, and more. Kids of all ages love Stormalong Bay. There are some nice shallow areas that are great for small children, and of course, older kids love the whole area.

Restaurants include Beaches and Cream ice cream and soda shop, Cape May Cafe, and the Beach Club Marketplace. You’ll also have easy access to the restaurants at the Boardwalk and the adjacent Yacht Club.

Disney’s Contemporary Resort is arguably the most iconic of the Walt Disney World resorts. The monorail runs right through it, making it a unique landmark. My kids always wanted to stay in the Contemporary, just to know what it is like.

Despite the proximity to the monorail, the rooms at the Contemporary are actually very quiet. It’s such a great choice for a vacation with toddlers because you can walk right over to the Magic Kingdom without taking any transportation. You can also take the bus (Hollywood Studios and Animal Kingdom) and the monorail (Epcot) to the other theme parks.

Restaurants include Chef Mickey (featuring your favorite characters), the California Grill, the Wave…of American Flavors, and the Contempo Cafe. There is also an arcade, boat rentals, tennis, volleyball, basketball, and pools.

When choosing your room, you’ll have the option to pick one in the main tower, the adjacent Garden Wing, or Bay Lake Tower, which offers Disney Vacation Club suites. I prefer the main tower rooms, although they typically a bit more expensive than the Garden Wing. 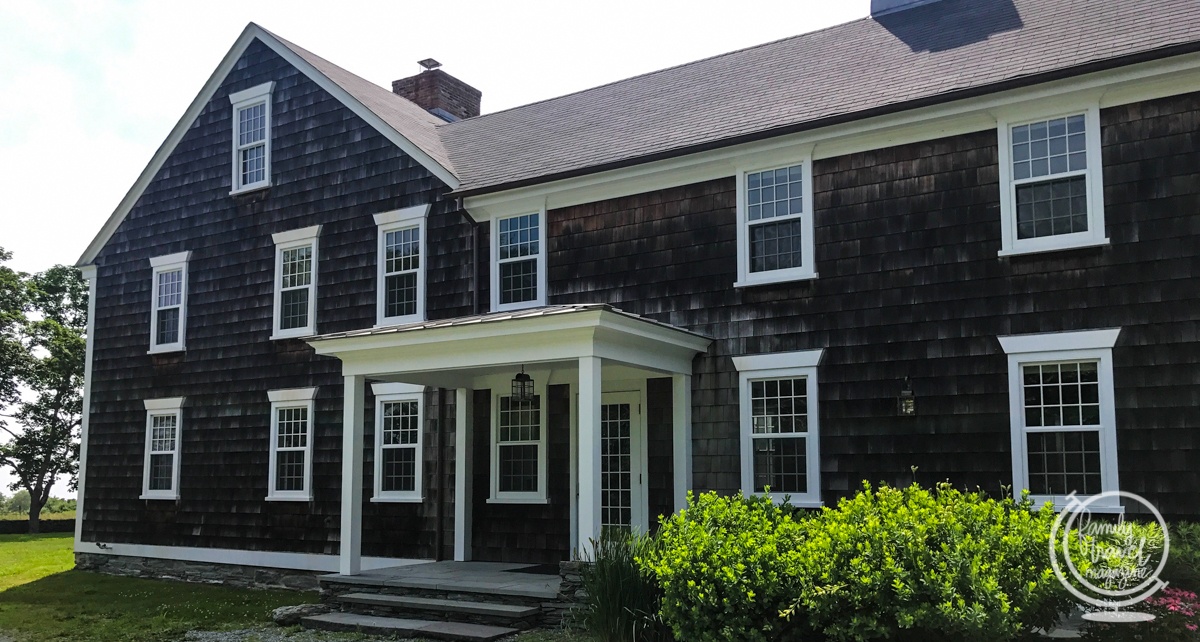 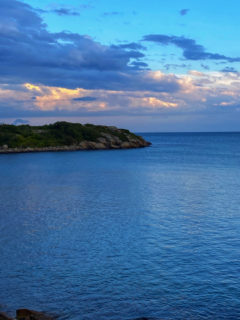