It’s difficult to answer that without looking at the various itineraries as well as comparing the sizes, restaurants, amenities, and more on the Disney Cruise ships. Here are our comparisons.

Disclosure: I’ve been on one complimentary media preview cruise as well as two cruises as part of Disney Social Media Moms. The rest of my cruises were at my own cost. All opinions are my own.

Itineraries on the Disney Cruise Ships

Before deciding which ship to sail on, you’ll definitely want to look at the various itineraries offered. After all, a Mediterranean cruise is much, much different than an Alaskan cruise. Itinerary and ports of call really should be your first consideration when deciding which ship on the Disney Cruise Line fleet you’ll want to sail on.

The Disney Fantasy always leaves from the Port Canaveral cruise port and sails on seven-day itineraries in the Eastern and Western Caribbean. Ports include Grand Cayman, Cozumel, Jamaica, the US Virgin Islands, and of course, Castaway Cay.

The Fantasy’s sister ship, the Disney Dream also leaves from Port Canaveral, but on shorter journeys. These three or four day itineraries go to Nassau and Disney’s Castaway Cay.

The other two ships, the Disney Wonder and the Disney Magic, travel around a bit more. Itineraries (especially in the winter) change year by year, but the Magic typically goes to Europe in the summer, while the Wonder goes to Alaska.

This past January, I traveled on the Disney Magic from the Miami cruise port to Castaway Cay and Key West. That itinerary was so much fun, and the four day trip was the perfect amount of time for our girls’ trip.

Once you look at the itineraries, you’ll definitely have a good idea of which Disney Cruise Line ship you’ll want to be on.

Size of the Disney Cruise Ships

There are currently two different sized Disney Cruise Ships (with more on the way). The original ships, the Disney Magic and Disney Wonder, are called the Magic class, and are smaller. These ships accommodate a maximum of 2,700 passengers. The Disney Dream and Disney Fantasy are the Dream class ships, which accommodate a maximum of 4,000 passengers.

Restaurants on the Disney Cruise Ships

While all of the dining rooms on the Disney Cruise Line are fun and offer lots of delicious food options, they do vary by ship. Animator’s Palate, as well as the premium, adult-only Palo, are offered on all four ships.

Each of the ships offers free ice cream, as well as a premium coffee bar. They all have various snack options available throughout the day, including pizza, sandwiches, and salads. The Disney Dream also offers a premium ice cream/dessert spot, called Vanellope’s. Everything in Vanellope’s is offered at an additional fee.

For breakfast and lunch, each of the ships has the Cabanas buffet, with both indoor and outdoor seating.

Bars and Lounges on the Disney Cruise Ships

While most people travel with kids on the Disney Cruise Line, there are still bars and lounges that adults can enjoy. Since many kids will likely spend much of their time in the phenomenal kids’ clubs on board, adults will have lots of opportunities to visit the adult-only areas.

The Disney Fantasy offers a whole area of the ship called Europa, filled with European-themed bars and lounges. Ooh La La, a champagne bar, is my personal favorite.

The Disney Dream ship features the District, which is similar to Europa. It’s located in the same area of the ship, and has similar bars. Instead of Ooh La La, their champagne bar is called Pink. My favorite bar of all the ships is the Meridian Lounge, which is located between Palo and Remy on the Disney Dream and Disney Fantasy.

The Disney Wonder and Disney Magic also have bars and lounges. The Wonder has the After Hours adult area with several lounges. In most cases, the bars and lounges are open to kids during the day, but are adult only in the evenings. Programming is sometimes offered – check your Disney Navigator or Disney Cruise Line app for details.

Staterooms on the Disney Cruise Ships

While there are some differences between the staterooms on the ships, for the most part, they are the same. They offer similar features, and while they are small, they are also comfortable. My family of four regularly stays in a Deluxe Family Stateroom with Verandah, and we find it to be enough room. We don’t spend too much time in the room because there’s so much to do on the ship.

Amenities on the Disney Cruise Ships

All of the ships offer a number of amenities that families will love. These ships were clearly built with families in mind.

Each ship offers a pool deck with splash areas and the Funnel Vision signature television screen showing Disney movies throughout the day. On the Disney Fantasy and Dream, you’ll also be able to go on the Aquaduck water coaster. It’s so much fun, and you’ll want to go more than once.

There are also sports decks with various amenities, depending on the ship. The Disney Dream and Disney Fantasy have sports simulators, but you’ll need to make reservations for that in advance.

The ships also all have kids’ clubs, Senses spas, hot tubs, shops, and much more. I also recommend walking around the ship when you first arrive so you can learn about everything that is available to you.

Activities on the Disney Cruise Ships

Each of the ships offer lots of activities, including first-run Disney movies in the Buena Vista theater and Broadway-style stage live shows in the Walt Disney Theater. Other activities include family and adult game shows, beverage tasting seminars, Bingo, and animation classes. There are also Disney character greetings on every ship. Check the Navigator or the app to see the full schedule of events.

The shows on the four ships are different. My favorite show is currently Frozen, which plays on the Wonder.  A close runner up to that is the new Beauty and the Beast show that runs on the Disney Dream. Other newer shows are Aladdin on the Disney Fantasy, and Tangled on the Disney Magic.

On the Disney Fantasy and the Disney Dream, kids will love the Midship Detective Agency. This free game lets you become a detective while finding clues throughout the midship section of the boat. When my kids were younger, we’d accompany them on their quest. Once they were a bit older, they loved the freedom of doing it on their own.

So, what is the best Disney Cruise Line ship?

My personal favorite is the Disney Fantasy, the newest ship in the fleet (for now). However, that was the first Disney ship that I traveled on, so I’m not sure if that’s why it’s my favorite.

Others really love the Magic. As a smaller ship, it’s definitely more quaint and it’s easier to walk around. I do love the shows on the Magic, as well as the restaurants.

It’s really hard to say which is the best Disney cruise ship, because they are all great!

What is your favorite Disney Cruise ship? 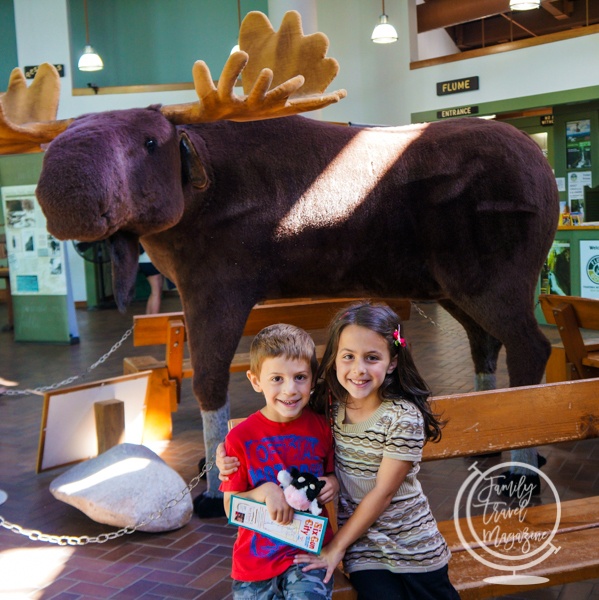 Next
Things to Do in Lincoln, NH with Kids