Everything You Need to Know About the Disney Magic Cruise Ship

Disclosure:  In the past, I’ve traveled on other Disney Cruise Line ships as part of Disney Social Media Moms and a media trip at no/low cost. This post contains affiliate links. A purchase/click through one of these links may result in a commission paid to us.

The Disney Magic was Disney’s very first cruise ship, and was put into service in 1998. Despite the fact that it’s 20 years old, it still looks incredibly modern.

The Disney Magic has 11 public decks with about 875 staterooms. Approximately 2,400 passengers can be accommodated on the ship. During our sailing, the ship wasn’t full, and most of the public areas were pretty quiet.

Like the Disney Wonder, the Disney Magic is smaller and more intimate than the Disney Dream and the Disney Fantasy. It’s decorated in an Art Deco style, with a figure of Captain Mickey Mouse in the main atrium.

Everything You Need to Know About the Disney Magic Cruise Ship

Like the other Disney ships, there are a variety of different room types on the Disney Magic cruise ship. These include concierge rooms, verandah rooms, oceanview staterooms (with a porthole window but no verandah), and inside rooms.

Connecting rooms are offered. We had two staterooms among our group, so we decided to leave the doors open in the center of the rooms so we had a larger “suite”. This is a great option for families with more than 4 children, because you’ll have two bathrooms to use as well as more space.

If you have a connecting room with a verandah, you’ll also be able to open up the center of the verandahs to make those connect as well.

When we sail on the Disney Cruise Line, we always book an oceanview stateroom with verandah. These rooms have one large bed and a set of bunk beds that can be opened.

Disney Magic staterooms, like all cruise ship cabins, are small. However, you likely won’t spend too much time in the room since there are so many activities and amenities on the ship.

Most of the staterooms offer a split bathroom (one room with sink and toilet and one room with shower/tub), a mini-refrigerator, a nice sized closet, a desk, a safe, a hairdryer, and a television. There’s also plenty of space for clothes and other belongings in a variety of drawers.

Irons are not available in the room, but there are laundry rooms on the ship with iron facilities as well as washers and dryers. You can also purchase laundry detergent in these rooms.

One of the first things I do on my first day on the Disney Cruise Line is iron anything that is wrinkled. The ironing facilities can get a little busy throughout the trip.

Like on the other ships, passengers on the Disney Magic often like to decorate their doors with stateroom door magnets and participate in fish extenders.

I was surprised on this sailing that the number of fish extenders I saw seemed to be less than the other sailings I’ve done. That may be due to the fact that the ship wasn’t completely sold out.

What Restaurants Are on the Disney Magic?

The Disney Magic cruise ship, like the other ships, offers a rotational dining experience. This means that the serving team that you are assigned follows you throughout the sailing. This is especially great for families with food allergies because you won’t have to explain everything each night at dinner. You’ll also have the same table number, which makes it easy to find where you need to be.

There are three main dining rooms on the ship – Rapunzel’s Royal Table, Lumiere’s, and Animator’s Palate. On three-day itineraries, you’ll visit each ship once. For longer sailings, you’ll duplicate at least one location. On our four day trip, we went to Rapunzel’s twice. The first night, we had the standard menu of the restaurant, and on the other night, we had the pirate night offering.

Rapunzel’s Royal Table is the newest restaurant on the Disney Magic, and is so fun. The restaurant features a live show with Rapunzel and Flynn Rider, and the characters even visit the tables (photos are allowed, but autographs aren’t given). I know some of our fellow passengers felt the restaurant was loud, but we enjoyed the show.

Lumiere’s offers a similar menu to Royal Palace and Royal Court on the Disney Dream and the Disney Fantasy, and Triton’s on the Disney Wonder. This Beauty and the Beast-themed restaurant feels a little more upscale than the other restaurants and has my favorite menu.

Animator’s Palate, which is also found on the other Disney Cruise Line ships, offers Pacific/Asian cuisine and feels the most casual. This version of the restaurant is a bit different than those on the other ships. It starts out black and white and slowly becomes colorized.

For other dining opportunities, you’ll find Cabanas, which offers a breakfast and lunch buffet. In the evening Cabanas also has a more casual sit down dining experience. You won’t need reservations that that.

You’ll find other quick-service dining locations including a pizza place, Gyro stand, and the Cove Cafe. The Cove Cafe is an adult-only, premium coffee shop. I always love getting coffee there – just be prepared that there is a charge for the drinks there.

Room service is offered 24-hours a day, except for disembarkation day when it isn’t offered. At Castaway Cay (for those itineraries that include a stop there), you’ll find two delicious BBQ restaurants on the family beach, as well as an adult-only BBQ restaurant at Serenity Bay. When I don’t have the kids with me, I love visiting the BBQ location at Serenity Bay. Wait staff from the ship travel out to the island to serve at these three locations so you may see a familiar face.

For an additional fee, adult can choose to dine at Palo, the upscale Italian restaurant on board.  Palo’s often offers a brunch buffet on one day of the cruise. If you want to eat at Palo, book it in advance so you’ll have your choice of times. You can book it whenever your booking window opens – depending on your Castaway Club status. If you can’t get a reservation, you can try to get one on boarding day. Just check the navigator for the location to go to.

Adult Areas on the Disney Magic

My kids always enjoy visiting the kids’ clubs on the Disney Cruise Line, leaving us with lots of time to explore the ship without them. There are several adult-only areas and activities on the Disney Magic.

The three bars/clubs in the After Hours section are adult-only in the evenings and offer entertainment and game shows. These include Fathoms, Keys Piano Bar, O’Gills Pub (which is transformed into the Tangled’s Snuggly Duckling on one night of the cruise). There’s also the Promenade Lounge which offers entertainment throughout the cruise.

The Disney Magic also offers the Cove area of the ship, where you will find the Cove Cafe, as well as an adult-only pool (the quiet Cove pool). When my kids are in the kids’ clubs, I always enjoy grabbing a book and reading in the quiet area.

The Disney Magic also has a Senses Spa, which is a full-service spa offering lots of different services. There’s usually an open house on embarkation day so that you can learn more about the services offered. For a special experience, get a Rainforest pass so you can enjoy the relaxing Rainforest room.

There are so many things to do onboard the Disney Magic that you’ll probably want to have at least one day at sea during your itinerary. The kids’ clubs are a real highlight. There’s a nursery for babies, in addition to the Oceaneer Club, Oceaneer Lab, Edge, and Vibe (depending on your kids’ ages).

There are also pools, the Aqualab splash area, and the Disney Magic’s 3-story Aquadunk body water slide. At the main pool area, you’ll find the FunnelVision TV, which offers movies and shows throughout the day. Check the Daily Navigator or the Navigator App to see the movie schedule. You’ll also find first-run Disney movies in the Buena Vista theater.

During your cruise, you’ll have the opportunity to see a bunch of popular Disney characters, including Mickey and Minnie. Check the app or your daily navigator to see the schedule. My kids always enjoyed seeing their favorite characters. Lines tend to be much shorter on the cruise ships than in the parks.

Families will enjoy the various game shows and activities offered in D Lounge throughout the days. If you have younger kids, you may want to book an appointment at the Bibbidi Bobbidi Boutique. On pirate night, kids can be transformed into pirates.

For adults, there are some alcohol tasting classes that you can sign up for (additional fees apply). I’ve done a few of these and have always enjoyed them. You’ll find a schedule either on the Disney Cruise Line app or in your daily Navigator. If you do want to sign up for a beverage seminar, I’d recommend signing up as soon as you get on board. They can definitely fill up.

Shows on the Disney Magic

There are three Broadway-style shows that you can see on the Disney Magic – Twice Charmed: An Original Twist on the Cinderella Story, Disney Dreams – An Enchanted Classic, and Tangled: The Musical. Tangled is the newest, and is definitely worth seeing!

On longer sailings, other entertainment is offered in the evenings when a show isn’t scheduled. On our four-day sailing, they offered a magic show.

Itineraries on the Disney Magic

This January, we experienced the Disney Magic on a four-day cruise from the Miami cruise port, stopping at Castaway Cay and Key West. The ship travels to other destinations throughout the year. While these may vary, you’ll often find sailings from Europe, New York City, and San Juan Puerto Rico.

The Disney Magic also hosts special cruises, including the Marvel Day at Sea, the Very Merrytime Cruise, and Halloween on the High Seas.

What Shows are on the Disney Magic?

Currently, there are three Broadway-style shows on the Disney Magic. These are Twice Charmed: An Original Twist on the Cinderella Story, Disney Dreams – An Enchanted Classic, and Tangled: The Musical.

If your cruise is longer than 3 nights, there will be other entertainment on the other nights.

Where does the Disney Magic go?

Itineraries vary by year. Typically, the Disney Magic goes to Europe in the summer and the Caribbean in the winter. It also often travels to Canada in the fall.

What restaurants are on the Disney Magic?

There are three different main dining rooms on the Disney Magic. These include Rapunzel’s Royal Table, Lumiere’s, and Animator’s Palate.

In addition, there is Cabanas, which serves a buffet for breakfast and lunch, and numerous quick-service spots for an easy meal or snack.

How much is a Disney Cruise?

Prices vary significantly, depending on destination, length of cruise, and itinerary. Check out our “how much is a Disney Cruise” post for more information on what to expect to pay.

If you want to take a cruise on the Disney Magic ship, be sure to book with Get Away Today. When you mention Family Travel Magazine, you get an extra $25 on board credit! Give their agents a call at 877-510-2929. 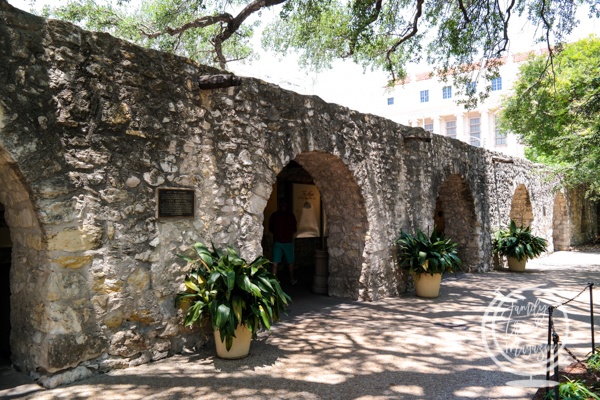 Previous
Surprising Things When You Visit the Alamo

Next
Tips for Traveling With Food Allergies
Comments are closed.