What to Wear to Walt Disney World (By Month)

When visiting a Walt Disney World with or without children, there’s a lot to consider. You have to determine when you will go and where you will stay. You may also need to make reservations for dining and rides/theme parks in advance, depending on where you are visiting and the current rules and regulations.

One of the most important things to consider, however, is what to wear to Walt Disney World. This will frame your entire packing process, so that you can make sure you have the right amount and style of clothes for your trip. While the Disney resorts do offer laundry facilities in common areas, who wants to spend time on their vacation doing laundry?

Disclosure: Affiliate links within. Purchasing and/or clicking on some of the links may result in a small commission paid to us. I am a former member of the planDisney panel and have been on some complimentary press trips at Walt Disney World, but all opinions are my own.

Save money on your Walt Disney World tickets by booking through Get Away Today.

What to Wear to Walt Disney World (Generally)

Regardless of the month you are visiting, there are some common things that you’ll need to consider when packing your clothes for Walt Disney World.

Ever walk over a mile in flip flops? That’s just the distance from one end of Epcot’s World Showcase to the other. Every time I spend the day at Walt Disney World, I’m amazed at how many steps my smart watch records.

Your feet are likely to feel that distance. Make sure that you pack comfortable shoes – whatever that means to you. For some, running shoes are the best option. I prefer to wear FitFlop shoes, but that’s a personal preference.

It’s also important that you don’t wear brand-new shoes. Even the most comfortable walking shoes usually need to be broken in, so don’t forget to take care of that well before your vacation.

I like to bring several styles of shoes, and rotate them by day. That way, if a strap or other part of the shoe irritates your foot, you’ll have a day or two to rest that part of your foot. You’ll want to make sure you do this for kids as well.

On my daughter’s first Disney trip, she wanted about 15 princess-themed dresses/shirts within the first five minutes. Of course, you may choose to include these types of things into your vacation budget. But if you don’t want to tempt spending lots of money in the gift shops, you may want to buy some clothes in advance.

ShopDisney online has dozens of clothing items – from dresses to costumes to long sleeved and short sleeved shirts. If your child’s favorite character doesn’t change all the time, you may want to buy whenever there’s a sale.

If this isn’t your first Disney trip, remember to pack everything from prior years. That way, you won’t have to buy brand-new Mickey ears (unless you want to!).

When I visit Walt Disney World from my home in Massachusetts, I’m usually in for a temperature shock. It’s typically much colder at home, and when I dress at home I’m usually wearing long pants and a long-sleeved shirt, with socks and winter shoes. But when I get to my resort, I usually want to get changed right away and visit the parks.

To facilitate that, I recommend packing one outfit per person in your carry-on bag. You may not always have access to your checked bags immediately, so make sure the clothes are easy to access. If you can’t go to your room right away, you can always change in the rest room.

If you have older kids, you can give each of them a packing list to let them pack their own stuff. Even though my kids are older now, I still check their piles of clothes before putting them in their suitcases.

The theme parks are informal, and most people wear casual clothes like t-shirts, shorts, sweatshirts, and light dresses. Keep in mind that some of the restaurants do have dress codes, so you’ll want to check that out in advance.

When we go to a more upscale restaurant, I usually like to do that in the evenings. We’ll visit the park during the day, and then take a break at our resort to shower and change before dinner.

It’s also a good idea to pack breathable fabrics, especially in the summer months. Remember that there are several water rides, like Splash Mountain and Kali River Rapids.

A note about the weather: We like to look at historical averages when coming up with a general idea of highs and lows . These are not always an accurate representation of what the actual temperatures will be. I definitely recommend reviewing the upcoming forecast before making your final packing list for clothes.

High temperatures throughout the year hover in the 70s or higher. But it’s important to look at the low temperatures as well. Depending on the time of year, it can get cooler when the sun goes down.

Florida is known for its rainstorms, which usually come on strong and quickly. Many people pack rain ponchos for this purpose. They can also be purchased throughout the parks.

What to Wear to Disney World in January

Highs in January are about 70, with lows in the high 40s. This is a huge temperature swing, and will usually mean that you’ll need to wear layers. Expect January to be the coolest month of the year, which makes it great weather for the Walt Disney World Marathon weekend.

I generally like to pack a zip-up sweatshirt so that I can wear it in the evening. Don’t forget the sunscreen – even when it’s cooler the sun is still strong. I love Coola Sunscreen which can be purchased online or in many drugstores.

*We utilized the average temperatures from CurrentResults as well as our personal experience for this.

What to Wear to Disney World in February

February temperatures get a bit warmer, with highs in the mid 70s and lows in the mid 50s. You’ll still want to have a second layer for the chilly nights.

What to Wear to Disney World in March

March has very average similar temperatures to February. It also really starts the busy season, with many schools closed for a week or two for spring break. Again pack a sweatshirt, but you may also consider shorts instead of long pants.

What to Wear to Disney World in April

Spring break continues through April. This is when you’ll start to see warmer evenings, with temps in the 60s. If you are coming from the northern states, Florida is likely to be a lot hotter than home.

Shorts and t-shirts are a great option. I generally don’t need a sweatshirt at night, but it may still be a good idea to pack one (you can always wear it on the plane).

What to Wear to Disney World in May

Before my kids started school, I loved visiting Walt Disney World in early May. It’s after spring break but before the summer break, so the parks aren’t quite as busy. It’s also before things get oppressively hot.

You can usually wear shorts and short-sleeved t-shirts with no issue in May. Again, packing a sweatshirt isn’t a bad idea, although you probably don’t need it.

What to Wear to Disney World in June

June starts the busy and HOT summer months. You probably won’t need a sweatshirt or sweater at all in the parks, and you’ll want to drink lots of water and plan cooling breaks. T-shirts and shorts are the best option throughout the summer.

It’s also important to keep in mind that hurricane season starts in June, so you’ll need to keep an eye on the forecast and could potentially deal with heavy rain.

What to Wear to Disney World in July

July in Orlando is hot. High temperatures can get into the 90s during the day with very strong sun. Bring lots of sunscreens, drink lots of water, and stay cool with breathable fabrics. You may also experience strong showers.

What to Wear to Disney World in August

August has very similar temperatures to July. Definitely pack your coolest clothes and use loads of sunscreen.

What to Wear to Disney World in September

You may think of September as the beginning of fall, but it can still be very hot in Orlando. I remember some very hot vacations in September, so be sure to pack short-sleeve shirts and shorts.

What to Wear to Disney World in October

October is when you can experience some of the fun Halloween events at Walt Disney World. Temperatures do start to cool down a bit. While you aren’t likely to need a sweater or sweatshirt, it’s still a good idea to pack it. You may also consider regular pants rather than shorts.

What to Wear to Disney World in November

November, when you can start to enjoy the Disney Christmas events, is cooler than October. We have a whole family collection of Disney sweatshirts that we had to buy during a particularly chilly day. Average highs are in the high 70s and lows are in the 50s.

What to Wear to Disney World in December

December is very similar to January/February. I’ve been downright cold in December at Disney World, but I’ve also gotten a little tan. In these months, it’s best to pack layers and be prepared for big temperature shifts throughout the days. 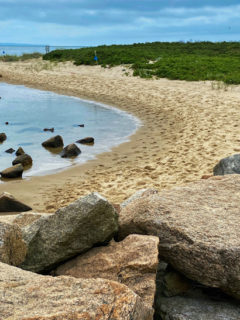 Previous
Awesome Summer Vacation Ideas in the US for Families 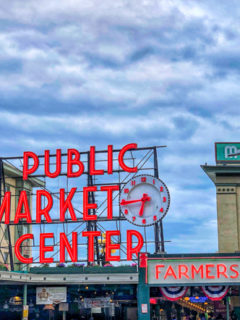