I love cruising, especially how convenient it can be when you travel with kids. But, it sometimes can be inconvenient, especially when you have to fly a great distance in order to be able to get on your cruise ship. If you live in the Northeast, you may consider taking one of the many cruises from Boston Massachusetts.

The Boston Cruise Terminal, which was recently renamed to the Flynn Cruiseport (after former Boston mayor Raymond Flynn), is home to several cruises out of Boston, as well as a port of call for other ships. The main terminal at the Cruiseport is the Black Falcon Cruise Terminal.

Disclosure: I’ve cruised out of the Flynn Cruiseport in the past on a complimentary press trip with Carnival. All opinions are my own. 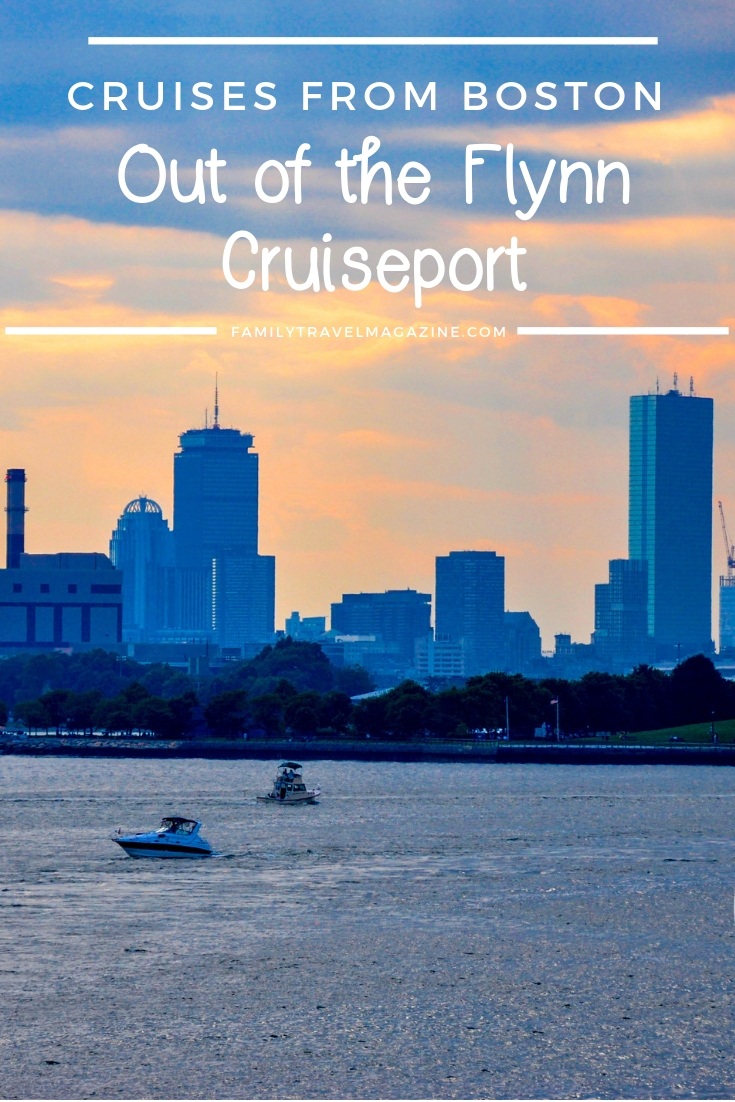 Cruises from Boston Out of the Flynn Cruiseport

The Flynn Cruiseport Terminal is open seasonally each year. It’s located in the Seaport District of Boston at 1 Black Falcon Avenue, Boston, MA 02210. The terminal isn’t too far from Boston’s Logan International Airport, and you can either take a cab, Uber, or MBTA to the cruise port.

If you take the MBTA, the closest station is via the Silver Line. I was surprised to hear how many of the Cruiseport guests arrive in Boston via plane (I assumed they would drive). There’s also an Amtrak station nearby.

Parking at the Boston Cruise Terminal

If you do drive to the terminal, parking is available at the South Boston Waterfront Transportation Center (406 Summer Street, Boston) and at the EDIC lot (12 Dry Dock Avenue). A complimentary shuttle is available. Be sure to plan for enough time to park and board the shuttle, since that can take a while. Parking can be paid in advance, and for select dates, you’ll get a discount by paying early.

Currently, guests can arrive at the terminal around 10:30 am, but boarding generally doesn’t start until noon. It’s best to check with your cruise line to see what their specific policies are.

Boarding at the Cruise Terminal

Although you won’t need to take your shoes off, you’ll still have to go through a security screening process similar to that at an airport. Open containers and alcohol are generally not permitted past security. Once you are through there,  you can enter the line to show your passports and get your cruise room tickets. This is similar to the security processes that I’ve followed at other cruise ports. Boarding is done by zones (at least for Carnival) so you may need to wait a bit, depending on the zone you are in.

If you are visiting Boston as a port of call, you’ll need to show your cruise stateroom keycard or other cruise line form of ID to be let into the terminal.

Remember that the earlier you get to the ship, the earlier your vacation begins. In addition, if you arrive early, you’ll avoid some of the crowds at the terminal, and you’ll get a better parking spot. Check with your cruise line to see how they board. You may be encouraged to arrive later.

If you are flying in for your cruise, I usually recommend that you arrive the day before. That way, you won’t have to be worried about flight delays derailing your cruise. The closest hotels to the Boston Cruise Terminal are the Seaport Boston and the Westin Boston Waterfront. The Element Seaport is pretty close as well. 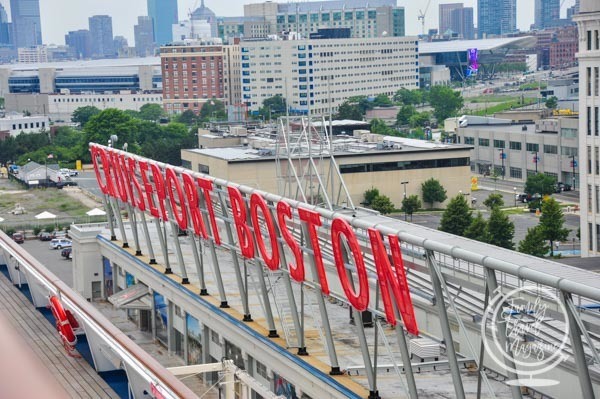 Wondering what Cruises out of Boston are offered? It can vary every year by cruise line and itinerary. For instance, the Carnival Cruise that we took to Canada only operated for two years, and then went to a different port. 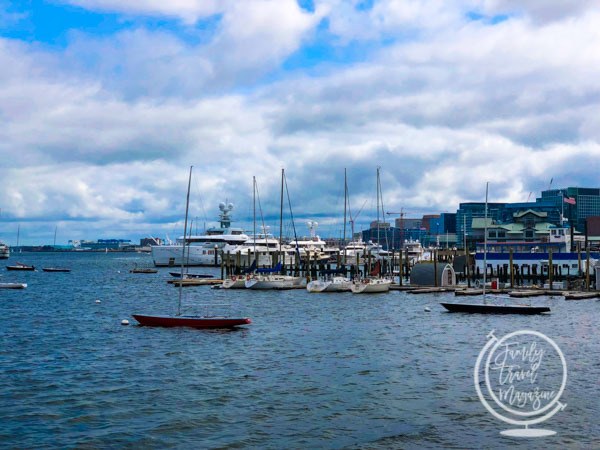 Boston as a Port of Call

The Boston Cruise Terminal is also a port of call for cruise ships as part of their itinerary. These ships don’t originate or end in Boston, but do spend a day here. Here are some examples of cruise lines that stop in Boston (again, just examples):

Once your ship arrives in the port, and you are cleared to leave, you’ll have lots of options to spend your day. Your cruise line will have some excursions available for you to book, but it’s also pretty easy to get around Boston. Cabs should be available from near the port.

If you have little children, you may want to visit the Boston Children’s Museum or the New England Aquarium, which are not too far from the cruise port. Quincy Market, Faneuil Hall, Boston’s North End, and the Freedom Trail are a quick cab ride away.

There are some restaurants located not too far from the cruise terminal, but I’d definitely recommend venturing out. The city is very accessible, and it’s easy to get in a cab or an Uber and explore the city for the day.

Jodi Grundig has loved traveling since she was a little girl. She started blogging in 2007 on her popular review site Mom’s Favorite Stuff and after doing quite a bit of family traveling, decided to launch her own travel blog. Jodi resides in Massachusetts with her husband, fifteen-year-old son, seventeen-year-old daughter, and Havanese dog. Read More…