Do you have a favorite Boston to New York transportation option? Leave a comment below, and let us know!

We received two complimentary tickets on the LimoLiner roundtrip from Boston to New York at no cost a few years ago and purchased two. This post also contains affiliate links. A purchase through one of these links may result in a commission paid to us. All opinions are my own.

While you are in New York City, check out the TurboPass, which can give you a great discount on popular attractions.

Boston to New York transportation options, including the bus from Boston to NYC

LimoLiner Bus from Boston to NYC

Note that the LimoLiner ceased operations in December 2019, and is no longer an option for travel.

The LimoLiner is a luxury coach bus from Boston to NYC. It makes two stops in the Boston area – in the Back Bay of downtown Boston and in Framingham, as well as one-stop in NYC at the Hilton Midtown. This luxury bus line has a restroom on board and provides complimentary meal service, beverages, and snacks (those over 21 will even get a glass of wine on evening rides).

With complimentary WiFi, power outlets at the seats, live satellite TV and radio, and an on-board attendant, your ride absolutely flies by. It does take a bit longer than the train or flying, but it can definitely be more convenient and more affordable.

Because the LimoLiner bus service has stops at popular locations, you may not even need to take a cab when you arrive. Living West of Boston, it’s so easy to get to Framingham – much easier than driving east into Boston to just end up going west again. The LimoLiner is such a great option for families – and they even offer pet-friendly trips at select times.

The LimoLiner is the same as driving, so you’ll want to be aware of driving conditions and weather. Traffic and road closures will definitely affect your travel time.

Be sure to purchase your bus ticket in advance, and you’ll get to choose your seat. When traveling with kids, you’ll want to make sure that you are sitting next to each other.

I have always enjoyed taking the train, and Amtrak’s Acela train is a quick, convenient way to get from Boston to NYC. The Acela offers a snack car selling food and beverages, restrooms, plugs at the seats, and complimentary internet access. You’ll also have extra legroom so you can stetch out during the journey.

There are several Boston Amtrak train stations including South Station, Back Bay Station, and the Rt. 128 station in Westwood. If you need to park a car, the Rt. 128 station has a large parking garage that can be convenient. Otherwise, the two Boston stops are pretty centrally located.

In NYC, you’ll get the train at Penn Station. From there, you’ll be able to get a cab or ride-share service to your hotel. Because Penn Station is in the center of the city, it’s easier than flying.

We’ve easily been able to get a cab from Penn Station, and it’s never a very long cab ride to midtown Manhattan hotels. Some hotels are even within walking distance.

If you don’t want to spring for the Acela, or if that schedule doesn’t work for you, there’s also an Amtrak regional train that makes more stops and takes a bit longer to get into the city. The regional trains are still very nice, and offer lots of the same amenities as the Acela train including free WiFi. In recent years, improvements in the Northeast Corridor regional service have made it even closer to the Acela in terms of comfort.

I love taking the train because it’s easy to take work done on your journey. Even though the WiFi isn’t perfect, it’s still good to have.

In bad weather, it can be much more reliable than flying. Depending on where you are staying in Boston or NYC, it is usually more convenient than flying. This is because the stations are in the city, rather than outside the city like the airports are.

Like the bus, you won’t need to go through security when taking the train. So, you can arrive shortly before your train takes off and won’t have to worry about the length of the security lines.

Keep in mind that there are baggage requirements when taking the train. While the allowance is very generous, you will need to be responsible for bringing your own bags on the train (or pay a red cap).

While I do like the Acela (and the regional train), it can be expensive, so definitely compare prices before booking. Don’t just assume that the Boston to New York train is cheaper than flying because that isn’t always the case. Sometimes it’s cheaper to fly – just be sure to factor in the cost of parking, baggage fees, and cabs.

Fly from Boston to NYC

Flying is definitely quicker than any other transportation option from Boston to NYC – at least when it comes to the actual transportation time. However, you’ll still need to go through security at the airport and arrive in advance of your flight. Your actual time in transit will be significantly longer than the actual flight time.

In addition, getting from the airport to the city definitely takes time. I like the option of flying for a very quick trip, but prefer other options when going for a longer stay.

Once you arrive at either LaGuardia or JFK airport, you’ll have to get into Manhattan. Depending on the time of day, that can actually take a while.

During a recent short trip to NYC from Boston, my daughter and I were delayed for hours because of rain and lightning in the area. What should have been a quick flight ended up taking over five hours. Other people on our trip took the train, and arrived in NYC well before us.

So definitely factor in the time of year when deciding what transportation to take for your trip. In the winter, the train can definitely be a better option than flying or taking the bus because there will likely be fewer delays.

There are several different airlines offering NYC to Boston flights, so you’ll have lots of options for times. Be sure to look at which of the two NYC airports your flight arrives at.

Drive from Boston to NYC

Driving is definitely the most direct way to get from Boston to NYC, since you’ll leave your home and go direct to the hotel. However, driving through the city can definitely be challenging. In addition, parking fees are usually pretty high, and you won’t always have immediate access to your vehicle (although you probably won’t need it).

Most hotels don’t have their own garages, but instead valet park at nearby garages. If you are staying for just a few days (and are traveling with the family), it may be the most cost-effective way, however.

Check with your hotel before leaving to make sure they offer parking and find out current rates. It’s also a good idea to travel at an off-peak time so you can avoid traffic which can add time to your journey and can be stressful. As you’d expect, rush hour in NYC can be a nightmare, so it’s best to avoid it if at all possible.

Other Bus Companies from Boston to NYC

In addition to the LimoLiner, there are other bus companies that travel from Boston to NYC, including the Peter Pan bus. Those buses leave from Boston’s South Station bus station and arrive at NYC Port Authority bus terminal.

They can definitely be very cost-effective, but aren’t as fun with kids. I’d recommend these options more for adults traveling without children.

Where are the train stations in Boston?

While there are three Amtrak train stations in Boston, the train from Boston to NYC does not stop at North Station. These trains originate at South Station and stop at Back Bay and RTE 128 in Westwood, MA.

What is the quickest way to get from Boston to NYC?

While flying may seem to be the quickest option, it isn’t a guarantee. Remember that you’ll need to go through security, and when you arrive in NYC, you’ll be outside of Manhattan.

The Acela Amtrak train, or the Northeast Corridor regional train are great options, because you’ll arrive right in Manhattan.

How long does it take to get from Boston to NYC?

The answer will depend on traffic and weather conditions along with other conditions. In general, the flight is about 60 minutes (from airport to airport), the train is about 4 hours (the regional trains take longer because they make more stops), and driving is about 5 hours.

What is your favorite way to get from Boston to NYC with your family?

Previous
Things to do in Seattle With Kids 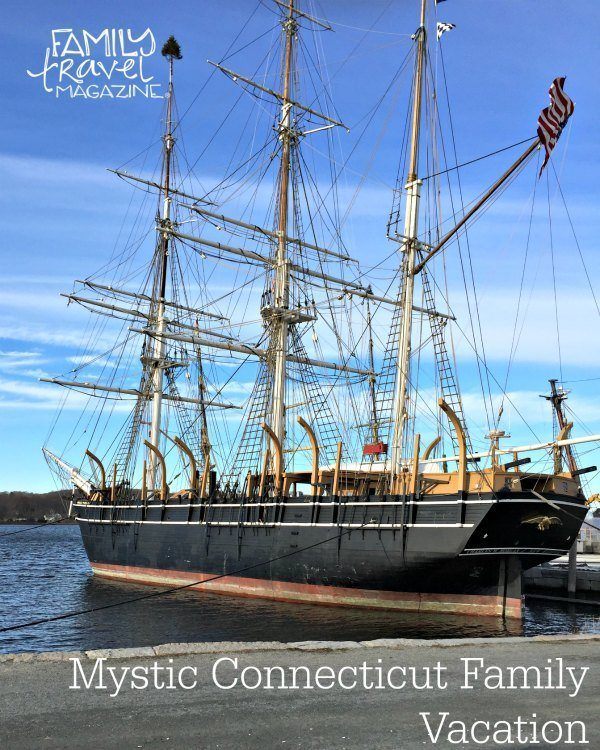 Next
Things to Do in Mystic CT with Kids
Click here to cancel reply.

The company GoSherpa provides door-to-door transportation between Boston and New York City for $70 to $90 for adults and $60 to $80 for kids. (Fares also depend on the size of the travel party and membership in their travel club). They also have wifi, electrical outlets, and tables & trays in their Mercedes vans.