Taking the Train From Boston to NYC

Families living in Boston and the surrounding area are lucky to be so close to NYC. With world-class museums, delicious restaurants, amazing culture, and fantastic shopping, there’s so much to do in NYC with kids. Luckily, taking the train from Boston to NYC is easy, so you don’t even have to drive to visit for the day or longer.

Disclosure: Over the years, I’ve had family members who have worked for Amtrak. I’ve also received a complimentary trip on the Amtrak Downeaster.

Train from Boston to NYC

Like other US routes, the line from Boston to NYC (part of the Northeast Corridor) is serviced by Amtrak. When you book your tickets, you’ll find two different services traveling from Boston to New York.

The Northeast Regional Train travels from Boston South Station to New York Penn Station. It makes stops on the way, including the following:

Keep in mind that the schedules vary, so not all train routes will make all stops.

The seats and legroom in coach are definitely more roomy than on a flight. You’ll be able to spread out a little more and will be more comfortable.

There are some seats that include a table with four seats around it. When the trains are busy, these are sometimes reserved for larger parties and families.

Seats have tray tables, complimentary WiFi, and power outlets. Note, however, that the WiFi can be spotty and streaming isn’t possible.

Luggage storage is available in the overheads, and there is some room at the end of each train car for larger luggage. There’s at least one bathroom on each car as well. These trains typically have a quiet car in coach.

There are also amenities on the train for you to enjoy. These include a cafe car, where you can purchase snacks, light meals, and beverages (including alcoholic beverages). There is seating located within the cafe car, or you’ll be able to bring your purchases back to your seat.

The Amtrak Acela Express is North America’s only high-speed train service, although the higher speeds don’t happen on the Boston to New York City route. Because the train is faster, and the Acela Express makes fewer stops, it does offer a shorter travel time than the Northeast Regional.

There are two classes of seats on the Acela Express. Business Class includes roomy seats, complimentary WiFi, footrests, large tray tables, and outlets at the seats. There are some seats that include a table and accommodate four people.

The Acela also offers first-class seating. When you have a first-class reservation, you’ll have some additional benefits. These benefits include assigned seating, complimentary food and beverage service, special lounges in several stations, and early boarding.

In my experience, the business class seating is definitely nice and I haven’t found the need to purchase a first-class seat. The assigned seating is a great perk though, so that may be worth it for you.

So, what’s best – Acela or Northeast Regional? The Acela Express is definitely a better experience and is a little bit quicker between the faster speeds and fewer stops.

However, it is more expensive. Depending upon your budget and schedule, it may be worth the cost savings to stick with the Northeast Regional train. We’ve been on both, and have enjoyed our experiences on both trains.

Both the Acela Regional and the Northeast Regional stop at the three Boston-area stops and the one NYC stop.

Trains from Boston to NYC originate at Boston’s South Station, which is located by the financial district right in the city. It’s a busy station (the busiest in Boston), with an adjacent (but not attached) bus station.

Amenities at the station include a waiting area, shops, restaurants (both kiosks and sit-down), complimentary WiFi, and luggage storage. Paid parking is available at the bus terminal, or there are also some nearby garages. There’s also a South Station subway system that is right there if you are taking the T into South Station.

As the name would indicate, the Back Bay Station is located in the Back Bay neighborhood of Boston. It’s near Copley Plaza and Copley Square and is also home to a subway station.

WiFi isn’t offered at this station, but there is some seating. Food options are limited although there are vending machines. If you do have some time, there are loads of restaurants outside the station.

Paid parking is available. You may also be able to find parking at a nearby garage. Depending on where you are staying in Boston, you may even be able to walk, since the Back Bay area is so central.

The trains stop at this station but don’t originate there. So, you’ll want to be quick to make sure you get on the train during the short stop. Seating is still pretty easy at this point.

If you are coming from the southern or western Boston suburbs, the Route 128 station in Westwood Massachusetts is likely to be the most convenient. It’s located right off of 128 and right by Rt 95.

The Route 128 station has a nice-sized parking lot with plenty of reasonable parking. There’s a new Dunkin Donuts right in the station, and there’s plenty of comfortable seating.

Again, the trains just go through here, so you’ll want to go to the platform right when the announcement is made. Depending on how full the train is, you may have to walk through a few cars before finding several seats together.

Located right in NYC is NYC Penn Station. Unlike the NYC airports, Penn Station is right in the center of Manhattan (on the corner of 8th Avenue and West 31st Street), making it very convenient.

Seating is fairly limited at Penn Station, but there are a lot of amenities including shops, restaurants, and take out food locations. We typically buy food here to take on the train to eat.

Even if your train is stopping in NYC on the way to DC or Boston, it does stay at Penn Station for a few minutes to allow for boarding. You’ll need to wait in the main station and wait for the track announcement before heading down.

You are typically responsible for all of your luggage when flying. At the major stations, including Penn Station and South Station, there are Red Caps who can assist you. Note that the Red Caps works exclusively for tips, so be sure to have some dollars readily available.

Are you wondering whether it’s better to take the train or fly? While the actual flying time can be much quicker than the train, that’s not the only factor. Sometimes, traveling by train actually be faster.

When you fly, you have to arrive early so that you can go through security. That’s not the case for the train. In addition, the airports are outside of the downtown area, so you’ll have to travel to and from them. The train stations are located right downtown.

You’ll also want to compare prices. Train fare can often be as expensive or even more expensive than flying. See more ways to get from Boston to NYC here.

Do you take the train from Boston to NYC? 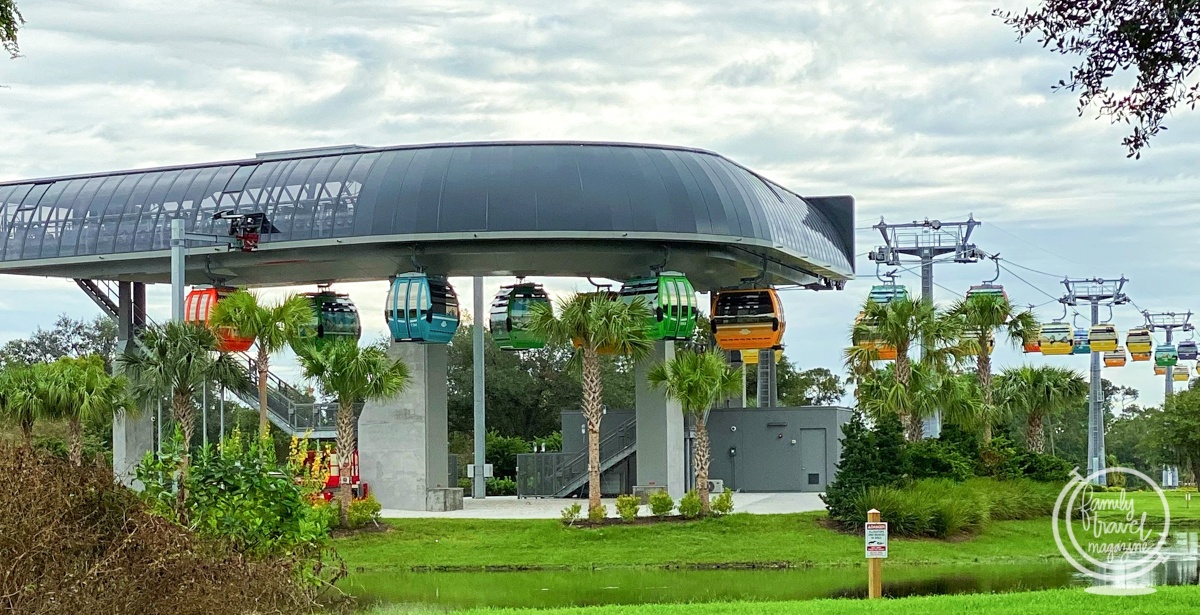 Previous
Review of the Disney Skyliner and FAQ

Next
A Guide to Disney Memory Maker
Click here to cancel reply.