With all of the things to do in Orlando, it’s just a matter of time before most families will travel through Orlando International Airport. It’s a large airport, and, according to a recent press release, is now one of the top ten busiest airports in the United States.

Because it’s such a large and busy airport with millions of passengers passing by annually, you’ll definitely want to be prepared before you go. Here’s our family guide to the Orlando International Airport.

This post contains affiliate links. A purchase/click through one of these links may result in a commission paid to us. All opinions are my own.

Orlando International Airport has an unusual layout. While there’s one large terminal that you’ll enter, there are two “sides” A and B, as well as four gate areas. Upon landing, you’ll arrive at one of these gate areas, and then take a tram to the main terminal, where you’ll find ground transportation, ticketing areas, baggage claim, and parking.

When you are flying out of the airport, you’ll want to know which side your airline departs from. However, it’s a quick walk from one side to the other. It’s just easier to arrive at the right one.

It’s much more essential that you get the gate area correct. You won’t want to go to the wrong one, because there are two separate security areas and four different tram lines. If you make a mistake, it will cost you quite a bit of time. Double check the gate that you are departing from, before getting in a security line.

Speaking of security, the TSA security checkpoint lines at MCO are notoriously long throughout the day. Be prepared for that, and arrive at the airport early when you are departing the airport. The airport does offer TSA PreCheck and Clear, so use those lines if you can.

If you are arriving from a foreign country, you are able to use the Mobile Passport app at Orlando International Airport. I definitely recommend downloading and using this free app if you don’t all have global entry.

One of the things I best like about the Orlando International Airport is the amount of restaurants, shops, and other amenities located throughout the airport. Many of these are located outside of the security checkpoints. Be sure to check your flight status and go through TSA well in advance since the lines can be long.

Before security, you’ll find a food court with plenty of seating and lots of food options including:

There are also several sit down restaurants including Chili’s Too, and Macaroni Grill. The in-airport hotel, the Hyatt Regency Orlando International Airport, also has several restaurants and a lobby bar.

This area outside of security also offers a shopping area with popular chain shops like Lush,  Swatch, Skechers, Ron Jon Surf Shop, Tumi, and Cariloha. There are also specialty shops for some of the Orlando Theme Parks, including shops for Universal, SeaWorld Orlando, and Walt Disney World. These are a great way to pick up some last souvenirs you may have missed while at the parks.

Beyond security, you’ll find more restaurants and shops. These may be a better option if you don’t have lots of time, because you’ll already be past security. Just keep in mind that once you are in a gate area, you won’t really be able to go to a different gate area. In those gate areas, you’ll also find airline lounges, express spas, and other amenities.

Restaurants in these gate areas include Bahama Breeze, Camden Food Co, Cask and Larder, Jersey Mike’s, On the Border, Urban Crave, and the Outback. There are also some quick serve places if you’d like to grab something quick.

To make things easier, the airport has a free app that provides maps, flight tracking, wait times, and more. You can also find approximate TSA wait times on their website.

Parking at the airport is fairly easy. There are three parking garages, with two that are closer to the airport and one that is a bit further way. There are also two economy lots, as well as valet parking.

If you are visiting the Orlando area for your family vacation, you’ll have several transportation options for your vacation. Those staying at an on property Walt Disney World hotel won’t necessarily need to rent a car.

You’ll have access to the complimentary Magical Express motorcoach service, which goes to and from Orlando International Airport to the hotels. Transportation between the parks and hotels is also offered. When we visit Walt Disney World, we never rent a car and save the extra money. You can read everything you need to know about the Magical Express here.

Cruising out of Port Canaveral? Some of the cruise lines, including Disney Cruise Line, offer transportation from the airport to the port. When we cruise with Disney, we typically book their transportation. There’s an additional fee, but it’s easy and direct.

There are other options, including paid shuttles, car rentals, cabs, and Uber. It’s about 40 miles away, so be sure to plan for that extra time – especially when booking your return flights.

Rental cars are also available at the airport. I would definitely recommend booking one in advance, because I’ve been there when all of the companies are fully booked. Unlike other airports I’ve been to, most of the rental car companies at MCO are located right in the main terminal. It’s so convenient to be able to go right to the counter, rather than having to take a shuttle to a separate off property building.

Taxicabs, Uber and Lyft also pick up at the airport, as well as private shuttle companies including the popular Mears Shuttle. This shuttle makes multiple stops at different hotels, but can be a great way to save money on your ride to the hotel. It’s best for those traveling alone who have plenty of time.

Depending on your plans, you may find yourself in need of a hotel right in or near the airport. I absolutely love the Hyatt Regency Orlando International Airport, which is located right within the airport terminal. It’s so convenient, and it’s really fun waking up right in the airport.

While you can sometimes get a hotel room without a reservation, I definitely recommend booking in advance if you can. That way, you won’t have to worry about it being sold out when you arrive.

I’ve stayed at the hotel several times, and have been so impressed at the lack of airport noise in the rooms. We had a runway view room once, and I expected to hear planes all night and evening. But we didn’t hear anything at all.

Rooms are very comfortable, and include room amenities like Hyatt Grand Beds, refrigerators, hair dryers, and flat screen televisions. Some have balconies as well.

In addition to the proximity of the airport to the hotel, there are other amenities as well. There’s an outdoor pool, fitness center, and several restaurants. We love eating a full breakfast at the hotel’s buffet before getting on a Disney cruise.

There may be times that you arrive at the airport and realize that you have hours before your flight leaves. It could be that you’ve just gotten off a cruise, but your flight isn’t until the evening. Or, you could be facing a major flight delay. In that case, you may consider doing a day stay at the Hyatt Orlando Airport.

You can book a day stay by walking right up to the check in desk once you arrive at the airport. For a flat fee, you’ll receive a room, just like an overnight guest. Then, you’ll be able to use the room as well as all of the facilities/amenities.

I’ve done this once before, when I got off the cruise exceptionally early, but wasn’t flying home to Boston Logan until later in the evening. Faced with hours in the airport. I chose to book a day stay.

I took advantage of the room to take a quick nap, then spent most of my time reading a book by the pool (soaking up as much Florida sun as I could before going back home). Before flying home, I took a shower, and then packed up and left.

This is definitely a great option for families, especially if you are traveling with young kids and won’t want to spend the day wrangling them in the airport.

Although the Hyatt is the only hotel located directly in the hotel, you’ll find lots of family-friendly chain hotels located in the area. I’ve also stayed at the DoubleTree by Hilton Hotel Orlando Airport. They offer a free shuttle that will bring you to and from the airport and have nice, comfortable rooms, an outdoor pool, and other family-friendly amenities.

How Early Should I Get To the Orlando Airport?

This really depends on where you are going. I recommend following your airline’s guidance, or even getting their earlier. The security lines at MCO are notoriously long.

Is there more than one airport in Orlando?

Have you flown through the Orlando International Airport? You can read more about the airport here. 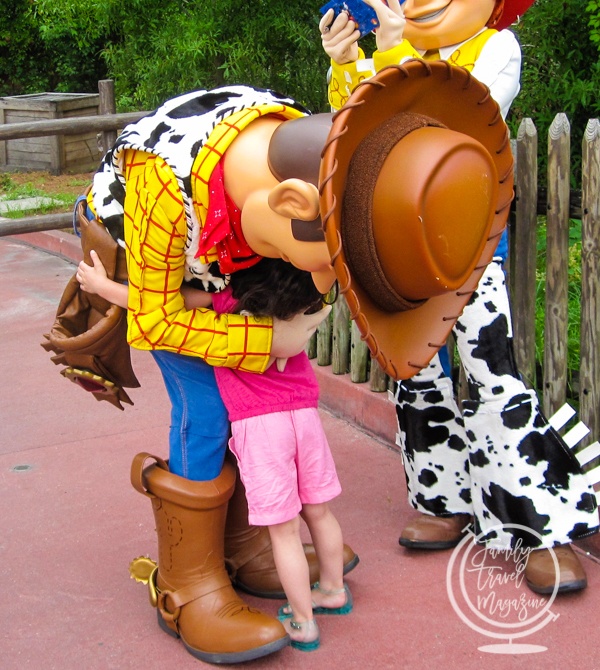 Next
How To Get TSA Precheck (And Is It Worth It?)
Comments are closed.