An overview of two different excursions to Stingray City Grand Cayman, a fun trip to a shallow sandbar where you can see stingrays.

Disclosure: At least some of this trip was either comped or provided at a media rate. All opinions are our own.

If you are considering a trip to Grand Cayman, you’ve probably heard about Stingray City Grand Cayman, a series of sandbars that attracts southern stingrays into its waist-high waters. While admission to Stingray City is completely free, you will need a way to get there.

Visitors arrive from a variety of different ways – tour boats, private boats, and jet skis. We’ve been twice – on a press trip to Grand Cayman we took a tour boat from Captain Melvin’s, which is located right across the street from Seven Mile Beach, and on our Jetblue Getaway trip, we booked an excursion at the Westin Grand Cayman.

Here’s everything you need to know about visiting Grand Cayman Stingray City, including an overview of our two different excursions. 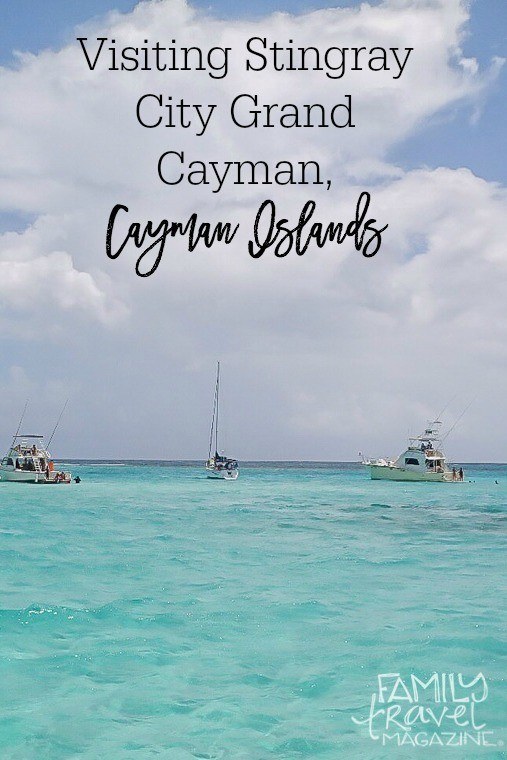 To get to Captain Marvin’s, we walked across the street from where we were staying – the Westin Grand Cayman. There, we got a ride to the launch point for our Stingray City tour. They also provide transportation from the various hotels, which is something you indicate when you book your excursion.

After waiting a little while for some additional passengers (all of whom were cruise ship passengers in port for the day), we headed out on the boat. About 25 minutes later, we were parked at Stingray City, which was already crowded with numerous tourists from other boats.  Our crew gave us a brief overview of how to handle the stingrays, and then we all headed off the boat. Snorkel gear, life vests, and/or snorkel vests are provided as part of the excursion.

My 7-year old daughter was a little nervous to enter the shallow waters, but she braved it. The stingray handler had us all get in a circle around us, and he showed us how to hold the stingrays. They also provided the braver members of our group with some squid to feed the stingrays. Because legend has it that you’ll get 7 years of good luck if you kiss a stingray, many of us lined up for a chance. My daughter was a little too scared to kiss the stingray, but I was willing to brave it for a chance at good luck.

The waters at Stingray City are pretty shallow, although children may still not be able to stand. Depending on the boat traffic at Stingray City, it can be a bit choppy. We found it to be choppy on one of our trips and completely still on the other. 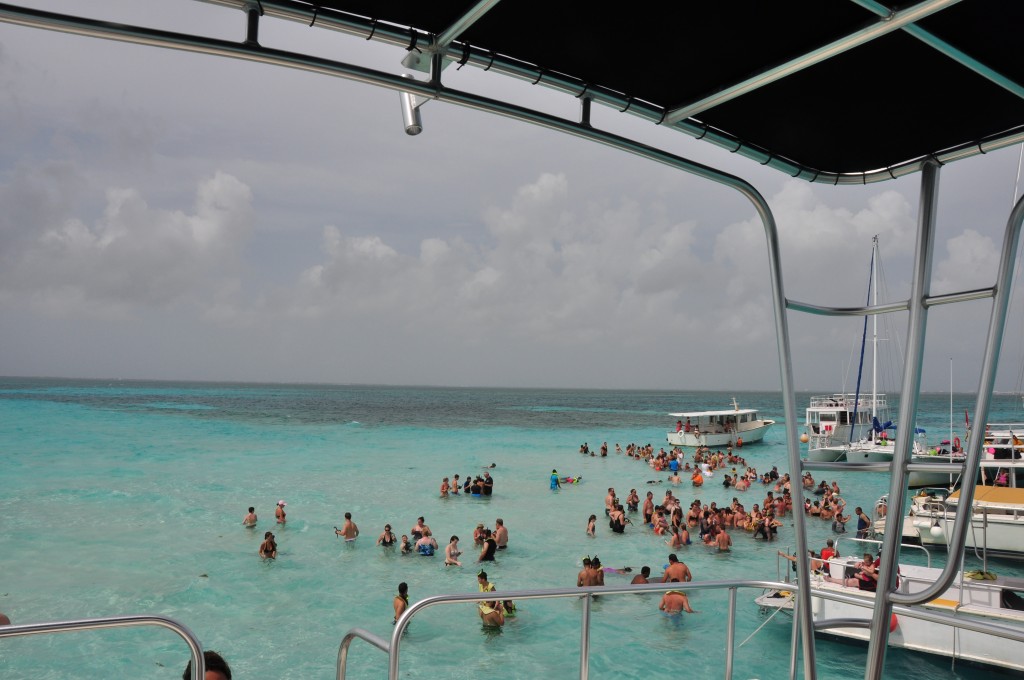 After we returned to the boat, we drove a slight distance away to a snorkeling site.  We were provided with flippers, snorkels, and life vests (if we wanted them), and we jumped off the ship to snorkel.  The waters were pretty choppy, but my daughter and I were still able to see lots of tropical fish.

Because it was on a Sunday, Stingray City seemed to be much quieter. It appeared that there were no cruise ships in port that day, so our group was one of the few that were there.

There were other options available. However, we choose this excursion because it included the trip to Stingray City, followed by an afternoon at Rum Point (one of my favorite places on Earth). It can be tough to get to Rum Point without a car, so a boat ride is definitely a great option.

Like the first excursion, this boat had a photographer who took pictures. I recommend bringing along some cash, because some of these vendors don’t accept credit cards. You’ll probably want to buy these photos because they are definitely so unique.

There are other excursions available to Stingray City, including private boat charters. These can be scheduled through your hotel (depending on where you are staying), directly, or with your cruise ship if you are arriving to Grand Cayman by cruise.

Have you been to Stingray City Grand Cayman? 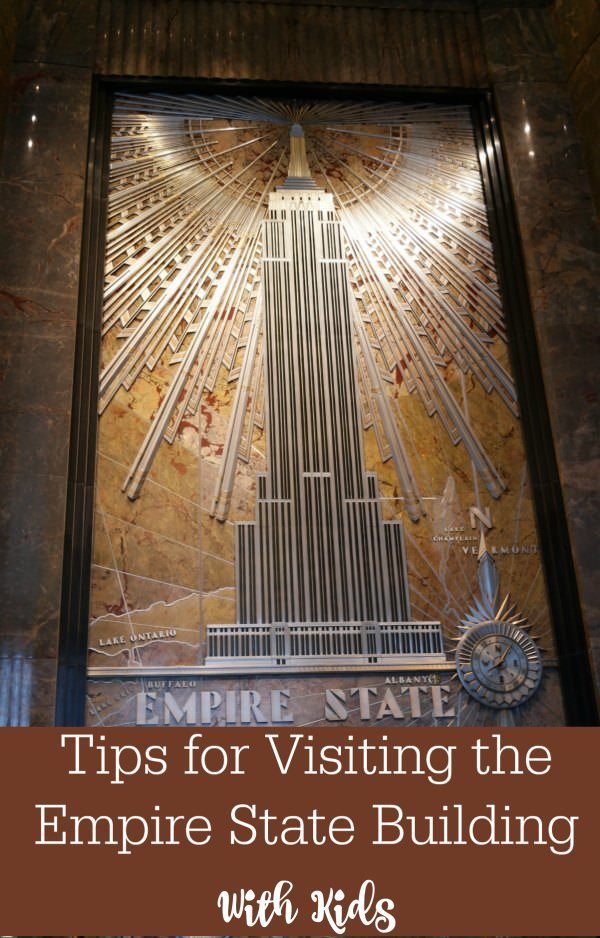 Previous
Tips for Visiting the Empire State Building With Kids 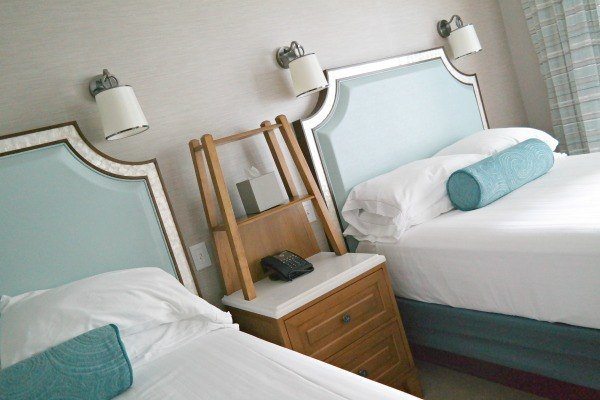 I went to Stingray City 3 months ago with my husband and it was very cool. I think the stingrays can be intimidating for some people. Check out this video of the excursion we did: https://www.youtube.com/watch?v=TfiKW4SBQZ0

If you are looking to book a stingray city trip in Grand Cayman, I would recommend George's Watersports, they take really small groups. When I went with them last month with my family there were only 9 people on the boat, compared to some boats with over 50 people. Below is their website: https://georgeswatersports.ky/stingray-city-grand-cayman/