Disclosure: I experienced these attractions during a trip with JetBlue and Visit Detroit. All opinions are my own.

Admittedly, my Midwest travel experience is fairly limited. So when I was invited to fly on the inaugural JetBlue flight from Boston to Detroit, I jumped at the opportunity to visit the Motor City. I was so impressed with all of the things to see and do there – and definitely want to return with my children. There are so many things that I know they’d enjoy. Here are my favorite things to do in Detroit with kids. 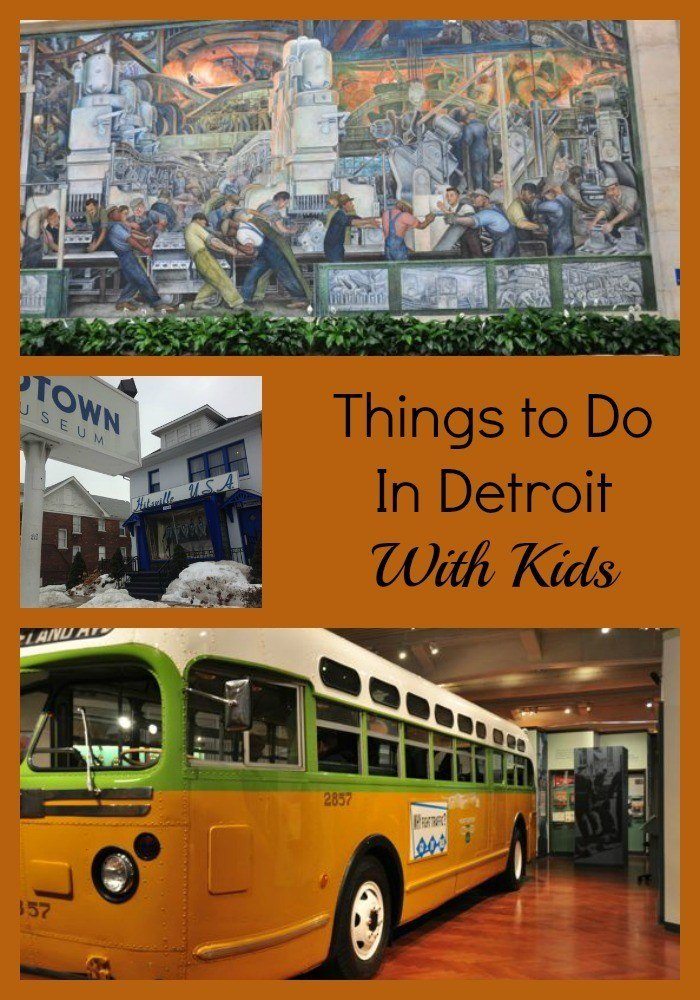 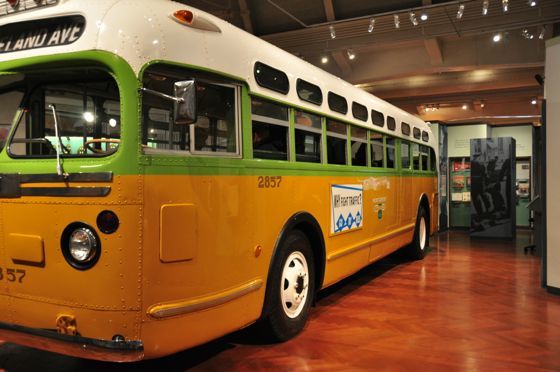 In my opinion, the Henry Ford Museum is a must-see for all families. Areas of the museum include Driving America – which focuses on how cars changed America and how America changed cars, and the Social Innovation area. Highlights for me were the Rosa Parks bus (which you can actually board and hear a recording of Rosa Parks), the presidential limos (including the one used by Kennedy in Dallas), the Lincoln Chair, and Lamy’s, (an actual working diner).

The Henry Ford Museum features touch-screen kiosks, where guests can view digitized collections both in person and online. In addition, guests can use a card reader to “collect” various digital exhibits to later view online from home. I only spent a short time in the museum, but would recommend that families dedicate at least a half day. Food is available in several different locations. 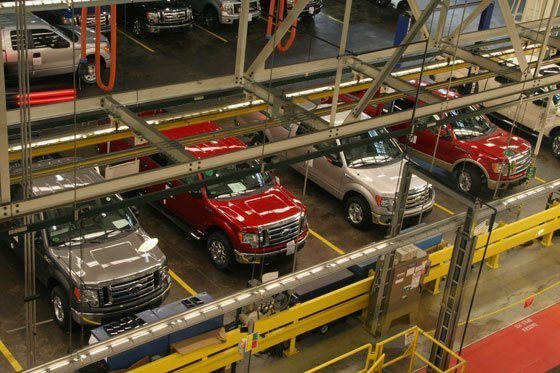 The Rouge Factory Tour was easily the highlight of my trip to Detroit. The Rouge produces America’s fastest selling vehicle – the Ford F150, in a 24×7 factory environment. After viewing a historical 11-minute movie, guests are able to walk around a path around the perimeter of about half of the factory. It’s quiet and clean, and guests aren’t required to wear hard hats or ear protection. The factory currently employees 6,000 workers.

I was fascinated to watch the production of the vehicles. Every trim and chassis type is produced on the line in random order, so it really is interesting to see. In addition, no more than six-hours of parts are kept in inventory, which means that supplies are constantly being delivered. The just-in-time inventory system, coupled with the fact that all of F150s produced have already specifically been ordered, means that Ford can keep inventory and storage costs down. It was especially interesting to see the quality control – everything from the paint finish to how the car performs in rain is checked. 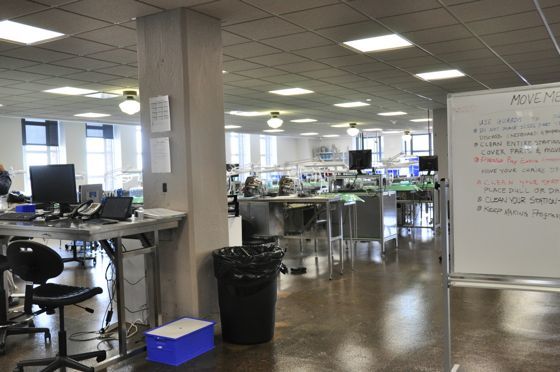 Founded with a goal of bringing watch manufacturing back to the United States, Shinola chose Detroit as their headquarters. The factory is currently located on a floor of the College for Creative Studies, and the factory store/bike assembly shop is located several blocks away.

Factory tours of Shinola are offered by request on Fridays. Guests do need to contact them to schedule, but the tours are complimentary. To protect the delicate movements of the watches, everyone needs to wear hairnets, shoe covers, and white zip up suits. It’s fascinating to see the skill required in putting together the watches – it’s definitely worth a visit. 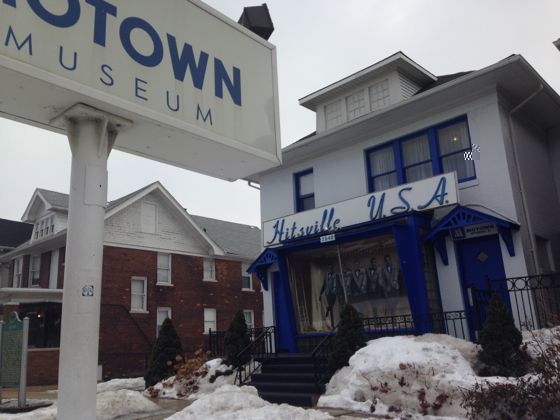 Any music fan must visit the Motown Museum, located in the original Hitsville USA building. Founded in 1959 by Berry Gordy, Motown Records was home to many popular music artists including Stevie Wonder, Diana Ross and the Supremes, the Four Tops, and the Jackson 5.

Guests are brought through the museum on a one-hour guided tour with a well-trained docent. The tour begins with a movie, followed by the tour. Our docent was energetic and knowledgeable, and sang many popular hits as he described the history of Motown and Studio A. The studio itself hasn’t changed at all – from the 10 cent candy machine to the calendar on the reception desk with the year 1972.

Tickets can be purchased at the Motown Museum box office. Although parking can be a bit tricky in the area, there is some on street parking to be found. 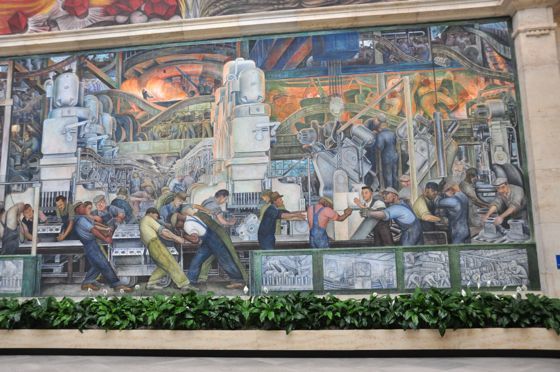 The 658,000 square foot Detroit Institute of Arts (DIA) features pieces from artists as varied as Diego Rivera, Picasso, and Degas. The 100+ galleries include collections such as Africa, Oceania and the Indigenous Americas; American Art; European Art; the General Motors Center for African American Art; and the the James Pearson Duffy Department of Contemporary Art. Separate ticketed special exhibits are frequently offered (the current exhibit is Samurai). The museum is absolutely beautiful – especially the atrium featuring numerous murals from Diego Rivera.

The DIA offers the free loan of iPads for a self-guided tour, as well as pamphlets with specific tour recommendations for families. Kids will also love to see the Eye Spy games located throughout the museum. There are several restaurants and gift shops on site. Although I was only able to spend about an hour and a half in the museum, I’d recommend planning to spend several hours at a minimum.

Detroit is one of just twelve US cities to have sports teams from the four major US sports (the Tigers, the Red Wings, the Lions, and the Pistons). All but the Pistons play in Downtown Detroit, and the Tigers and Lions play at Comerica Parks and Ford Field respectively, which are located adjacent to each other.

During my trip to Detroit, I stayed at the Westin Book Cadillac, a newly-renovated hotel featuring a pool, award-winning restaurant, and a central location. I’d highly recommend a stay there.

Oh how fun! My son would love to see all those things. I hope one day we can. :)

Jo-Lynne Shane {Musings of a Housewife}

This is great! I had never thought of Detroit as a place to visit with kids, but it looks like they have a lot to offer. I would LOVE to visit the Motown Museum!!

Jodi Grundig has loved traveling since she was a little girl. She started blogging in 2007 on her popular review site Mom’s Favorite Stuff and after doing quite a bit of family traveling, decided to launch her own travel blog. Jodi resides in Massachusetts with her husband, fifteen-year-old son, seventeen-year-old daughter, and Havanese dog. Read More…