Recreate Your Favorite Treats with These Recipes from Hotels and Attractions

Food is a big part of travel for me. When a hotel or attraction is known for its specific foods and recipes, I always want to try it. These foods became part of the destination for me, and a big part of my experience.

With no opportunity to travel in the near future, you may be missing out on some of your favorite foods from hotels and attractions. We’ve collected some recipes – some official, some copycat (or inspired). If we’ve missed your favorite, let us know and we’ll add it!

Disclosure: I’ve visited some of these destinations in the past as part of press trips. All opinions are my own.

Favorite Recipes from Hotels and Attractions

I love visiting the DoubleTree hotel chain for a variety of reasons, including their delicious complimentary cookies. If you visit a DoubleTree, you’ll be greeted by one of these fresh-baked treats. While they do include walnuts, nut-free cookie options are also available by request for those with food allergies.

In the past, the DoubleTree cookie recipe was a secret, but they’ve just released it for those guests who are missing it.

Cream butter, sugar and brown sugar in the bowl of a stand mixer on medium speed for about 2 minutes.

Add eggs, vanilla and lemon juice, blending with mixer on low speed for 30 seconds, then medium speed for about 2 minutes, or until light and fluffy, scraping down bowl.

Remove bowl from mixer and stir in chocolate chips and walnuts.

Portion dough with a scoop (about 3 tablespoons) onto a baking sheet lined with parchment paper about 2 inches apart.

Preheat oven to 300°F. Bake for 20 to 23 minutes, or until edges are golden brown and center is still soft.

Remove from oven and cool on baking sheet for about 1 hour.

Cook’s note: You can freeze the unbaked cookies, and there’s no need to thaw. Preheat oven to 300°F and place frozen cookies on parchment paper-lined baking sheet about 2 inches apart. Bake until edges are golden brown and center is still soft.

I can’t visit Walt Disney World or Disneyland without trying one of those delicious and popular Dole Whips. While Disney doesn’t publish the exact recipe, there are some recipes that you can make at home. My friend Annemarie from Real Food Real Deals has this Dole Whip recipe which you can make in a blender, rather than an ice cream maker.

I am obsessed with beignets, and get them anytime I can. At Walt Disney World, you can get beignets at the food court at Disney’s Port Orleans French Quarter, while they can be found at the Mint Julep Bar at Disneyland.

I found two great recipes to make Disney-inspired beignets at home. This beignet recipe from the Mommy Mouse Clubhouse is easy to make and uses refrigerated pizza dough.

If you’d prefer to make your Mickey beignets from scratch, use this recipe from Whiskey and Sunshine. These Mickey-shaped beignets will have you dreaming of New Orleans Square!

Recreate this popular milkshake from Universal Orlando Resort. You can use a box mix for the cake, so it isn’t overly complicated (and you’ll have some cake to spare)! Click here for the recipe.

Churros are another iconic Disney snack. They can be found at the parks on both coasts. Luckily, Disney has published the recipe on their blog, so that you can make them at home.

We made them, and they are pretty easy. We did only have a small star-shaped tip, however, so ours were definitely pretty small. They were very tasty though!

These Copycat Disney Apple Pie Caramel Apples tastes just like the ones at Disneyland! They’re covered with sticky caramel, dipped in white chocolate, and sprinkled with cinnamon sugar!

You can find them here.

This delicious Disney banana bread recipe can be made in loaves or muffins, perfect for breakfast, snacks, or dessert!

Find the recipe on Mom Rewritten.

The Hollywood Brown Derby is one of my favorite restaurants at Walt Disney World, and their grapefruit cake is a must-have. It’s such a unique treat.

Luckily, the Brown Derby has released their official recipe, so you can make it at home. It is, however, a bit complicated so you’ll want to dedicate some time to it.

Grab this tasty watermelon arugula salad recipe for a spring or summer treat! It tastes almost like being at the Epcot International Flower & Garden Festival! You can find it here.

While not technically an attraction, IKEA definitely attractions a lot of foodie attention with its iconic meatballs. You can learn how to make them here.

I love funnel cake. While it’s not something you can eat all of the time, it’s a treat I do enjoy when I travel. Canada’s Wonderland (a park I haven’t visited yet), released their recipe for funnel cakes.

You can find the recipe here.

The iconic Boston Creme Pie was originally created at Boston’s Parker House, a historic hotel now known as the Omni Parker House. If you’d like to try making it, the recipe can be found here. 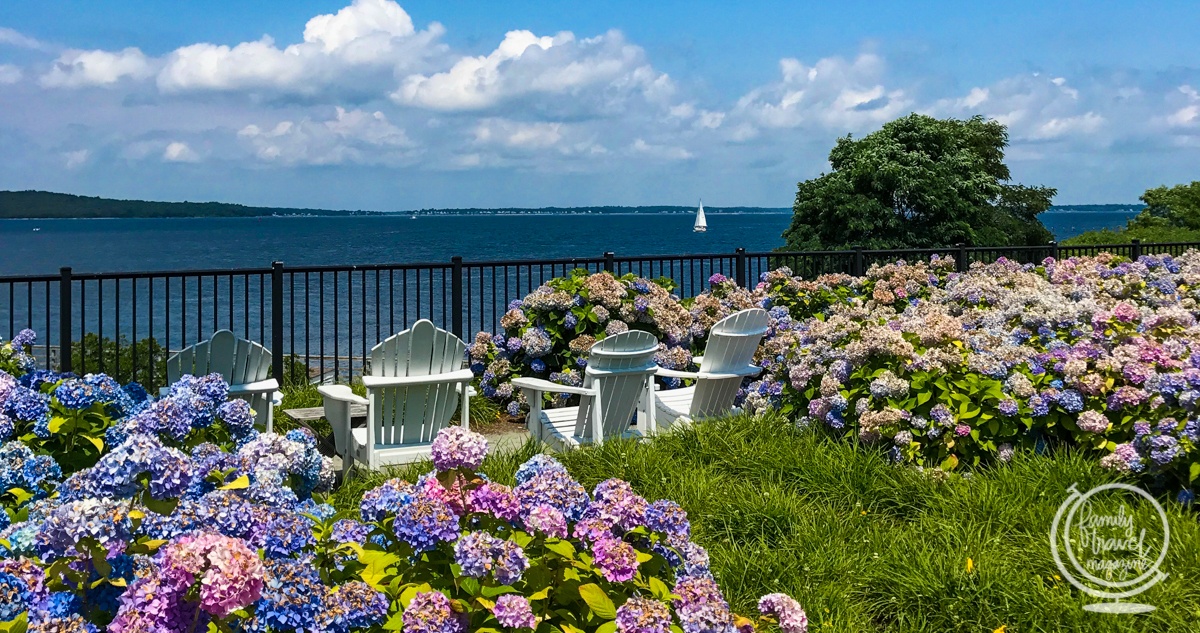 Previous
Staycation Ideas For Families In Their Hometown

Next
How To Organize Your Travel Photos
Click here to cancel reply.