Family Board Games for Teens: For Travel and Home

In a time when most families are struggling to control screen time for their kids, board games have become a low-tech way to connect with family. I’ve always loved playing board games, and luckily there are so many great family board games for teens to enjoy. These games are perfect for both at home time, as well as when traveling to a place where you may be looking for evening activities.

When we travel by car, we sometimes bring along board games for entertainment once we are at our destination. They are especially fun to play when we are on a beach or mountain vacation because we usually have time at night. While there are travel versions of many popular board games, I usually try to bring along the full games whenever I can.

Here are some of our favorite family board games for teens. These board game ideas do include some items that aren’t quite traditional board games – but are lots of fun nonetheless.

This post contains affiliate links. A purchase/click through one of these links may result in a commission paid to us at no additional cost to you. All opinions are my own.

Family Board Games for Teens: For Travel and Home

This extremely popular game is so much fun for family game nights. There are so many different versions, including different destinations and a version where you can play with the Amazon Alexa.

Your goal in this game is to gather up enough cards to claim a specific railway route and win the game. This game is recommended for ages 14 and up, but we’ve found that it’s also a great game for tweens. There’s also an easier version available for younger kids.

We recently purchased this game, and I think it’s one of the best games out there. It was produced by the Escape Game escape room company, but it’s not exactly an online escape room. Instead, it’s a strategic game where you’ll work to escape the iron gate prison by collecting items you’ll need for your escape.

Items are collected by playing and winning various games including “Act it” (similar to charades), “draw it” (similar to Pictionary), and by solving puzzles. It’s easy to learn and is definitely one of the best board games for teenagers.

My kids first learned about this card game during one of our Adventures by Disney trips. One of the teens on the trip brought it along, and they all loved playing. It’s easy to learn and small enough to carry along in a backpack or purse.

This fast-paced game has users taking turns turning over cards. If you get an exploding kitten, you are out. There are other components to the game too, including cards that change your turns.

In addition to the convenience of the game, Exploding Kittens is unique in that you are able to purchase expansion packs to add to the game. So it never gets to be repetitive.

My son, who loves Rubik’s cubes, received this game as a Christmas present. It became so popular with us that we brought it with us on multiple vacations. It’s fairly easy to pack up and carry along, but since it has small pieces, you’ll want to put everything in a sealed bag.

Rubik’s Race, although based on the Rubik’s cube, is different. It’s a head to head battle where each player needs to slide the pieces to match the scrambler pattern.

It’s a fast-paced game, and you’ll definitely want to play more than once. However, only two people can play at one time, so keep that in mind.

This classic board game is the one that my kids play most on vacation. Some resorts, like Beaches Turks and Caicos, have huge life-sized chess games for families to play.

Others, (also Beaches Turks and Caicos) have game boards and pieces available to borrow. When we visited Beaches earlier this year, there was a game board table in our room, and guests were able to borrow the pieces for us in the hotel room.

This classic whodunit game is always one of our favorites. In addition to the traditional board game, there are numerous spinoff versions, including Downton Abbey and Star Wars.

It’s great for teens and most tweens will also understand it. The mystery theme may be a bit morbid, but it still plenty of fun for families.

This is another classic and is great for rainy or snowy days when you are stuck in the house. Gameplay generally takes hours, but games can be very fun and competitive.

There are dozens of different versions of this game, including various themes, and simpler options for younger kids. You may also find versions that are themed for specific tourist attractions, sports teams, and towns.

We usually play the original version and don’t play too often. It’s definitely a commitment to play for at least a few hours.

If you’d prefer to play a quicker version of Monopoly, consider Monopoly Deal. This card game has some of the same features as traditional Monopoly, like hotels and properties. It’s easier and quicker to play, however.

Because this game can be played by up to 10 players, it’s a great option for a party or larger groups. Choose the card from your hand that you think most matches the one described. It’s a fairly easy game to understand, but the concept can lead to some very funny turns.

There are various versions of this game available, including a junior edition and a Disney themed edition.

EXIT the Game is a series of escape room boxes that can be purchased individually. Each box has one game that can be played only once, but you are able to play on your own schedule. The boxes are relatively small, so they are easy to pack for vacation.

Before you go, open the box to see what you’ll need to have to play the game. The game we played required a pair of scissors, a felt tip pen, and paper. You’ll want to bring those things along with you if you are playing on vacation.

This rapid-fire game involves individual players quickly working to make matches of cards. When certain matches are made, opposing players have to compete in a match of throwing burritos. It’s such a fun game.

This strategy game involves moving your forces across the board in an attempt to occupy each territory. It’s definitely a more challenging game with varying levels of rules. I’d recommend it for teens, as it may be difficult for younger kids.

Risk, like Monopoly, can take hours to play so it’s best to set it up in a place where you can leave it overnight. It’s a fun vacation game, but with dozens of tiny pieces, you’ll want to make sure you keep track of them if you travel with this game.

Although there is a board game party edition, the standard Sushi Go! is an easy to play, quick moving card game. Collect cards to make sushi dishes as you pick and pass your hand. It’s the perfect game for travel, since it’s easy to pack and quick to play. 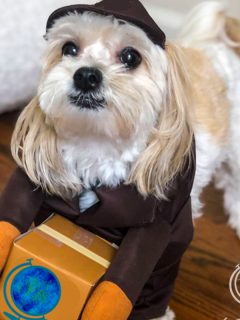 Previous
How to Stop Mail for Vacation and Other Purposes

Next
The Best Vacation Rental Sites For Families
Click here to cancel reply.