After checking out of our hotel in Paris, we went into our private car transportation to Disneyland Paris. After about 45 minutes, we arrived at our hotel. As we headed into the hotel, we started to recognize some things from our beloved Walt Disney World – the signs, buses, and security stand were all the similar.

We were met by a bellman who helped take our luggage out of our car. He then led us over to a security area and then brought us to our reception area. We had a standard room, but because we booked through Adventures by Disney, were greeted by the Empire Club staff. There, we were given our park tickets, maps, etc, and were given an overview of everything that we would see at Disneyland Paris. It was early, so our room wasn’t ready. We were told to return after 3pm to reception to be given our room keys and room number. 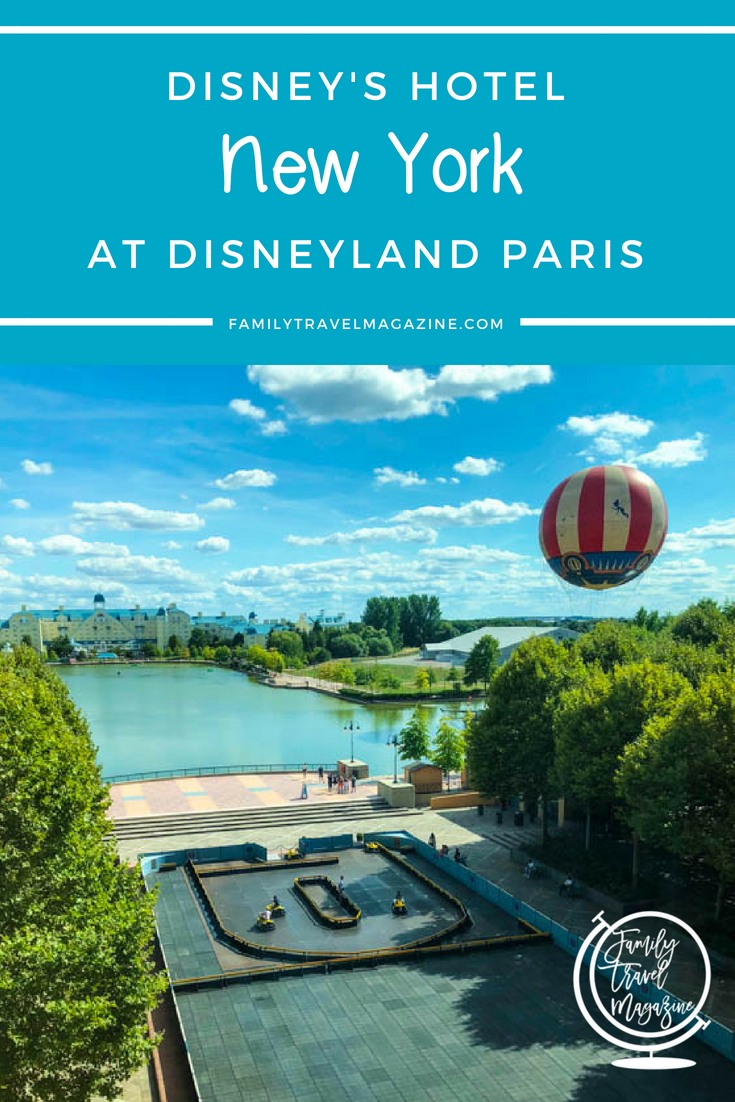 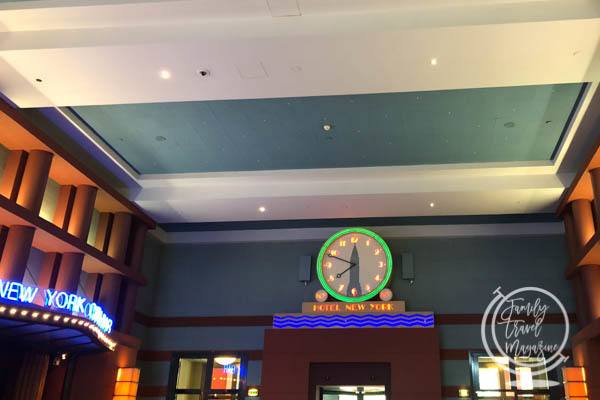 Location of the Hotel New York

When we were given the prices of both the Disneyland Hotel and Disney’s Hotel New York, we were told that the Hotel New York was located about 10 minutes from the parks. Despite that, I didn’t realize exactly how close it was. It was just a short walk over to Disney Village, which offers shops and restaurants. It was definitely just about 10 minutes to both of the parks, and it was so easy to go back and forth to the hotel throughout the day. 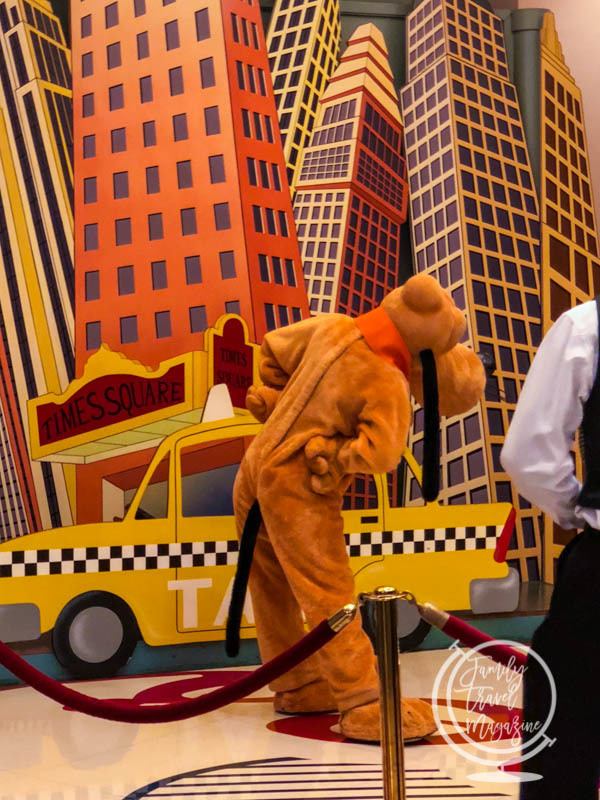 Amenities at the Hotel New York

We were only at Disney’s Hotel New York for two nights, so we didn’t get to spend too much time enjoying the amenities. As the name implies, the hotel is themed after New York City. Outside the hotel, you’ll find a small plaza that is reminiscent of Rockefeller Plaza, including little cars that you can rent and drive. In season, there’s a skating rink there as well.

There are several food options at the hotel. Room service is offered, as are three food locations. Parkside Diner has a delicious breakfast buffet that is perfect to start your day. It was included in our package, and definitely filled us up. There’s also the upscale Manhattan Restaurant, as well as a fun bar – the New York City Bar. There’s no quick service restaurant, which we definitely missed. However, Disney Village is a short walk away and offers a number of quick service options.

Each morning, the hotel has a character greeting with one of the main Disney characters. On the two days we were there, we saw Pluto and Goofy. This is a great way to see popular characters without waiting in the park lines.

There are a few different recreation options too. Younger children may enjoy playing in the small Roger Rabbit Corner. Parents do need to supervise their kids there. There’s also an arcade, as well as a large indoor/outdoor pool complex. If we had another day at the hotel, we’d probably spent most of our time at that pool. It really is beautiful.

There’s also a spa, fitness center, and tennis courts. The hotel also offers a free shuttle to the parks, although it’s so easy to walk. Guests of all of the Disneyland Paris hotels have access to Disney Extra Magic Time, where some of the attractions at the parks are open only to hotel guests. 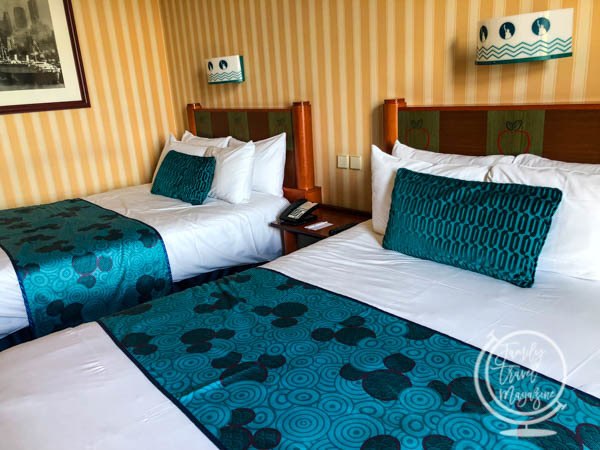 Rooms at the Hotel New York

Admittedly, the rooms at the hotel are a little dated. The size and layout felt somewhat similar to the moderate resorts at Walt Disney World. The shower was a very high step up. If you have physical restrictions, you may want to talk to the hotel about other options. Toiletries are the standard H2O Disney amenities. Decor is art deco. 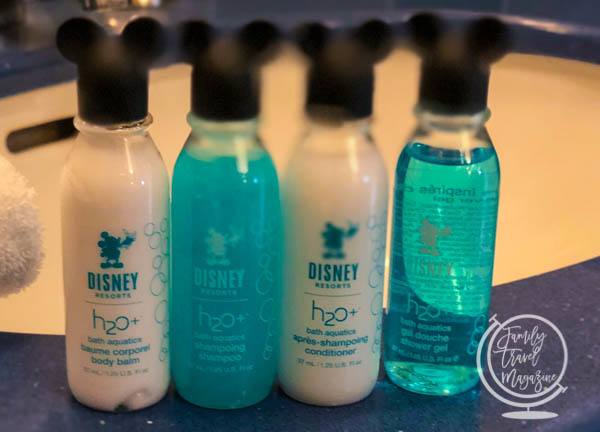 Rooms include a built-in hairdryer, a kettle to make tea or coffee, and a minibar. I was impressed with housekeeping. The room was promptly cleaned each day, and we also received a quick turndown service.

There are several room options when you book, including standard rooms, terrace rooms, and plaza rooms. We had a standard room booked, but were upgraded to a plaza room (which overlooked Rockefeller Plaza). There are also club rooms and suites available. The hotel has three sections themed to New York – the Brownstone section, Midtown, and Gramercy Park.

Disney’s Hotel New York at Disneyland Paris will be closing for renovations in 2019 and will reopen in 2020. I understand that it will be Marvel themed, but am not sure how much of the hotel will be changed. The rooms and common areas could definitely use a refresh, but the location is so perfect. 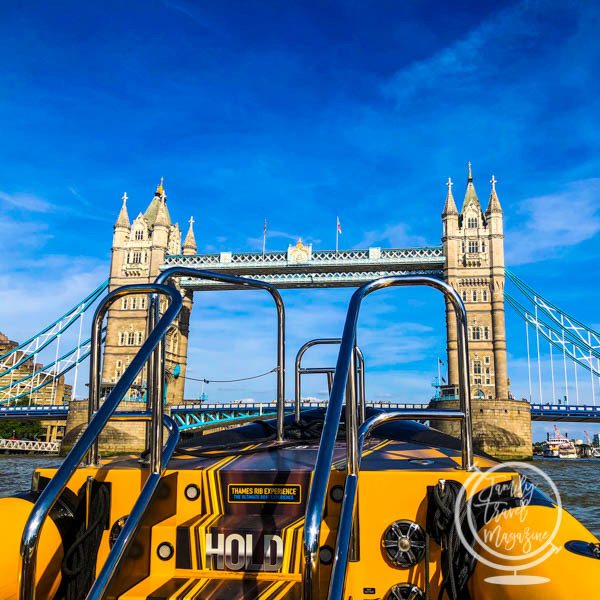 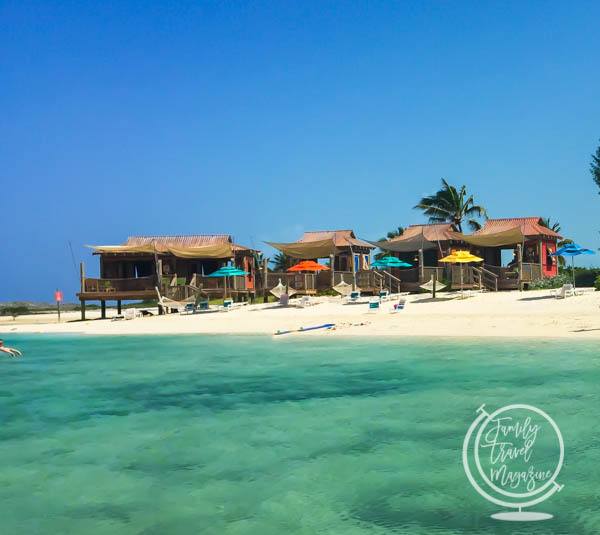 Next
All About the Castaway Cay Cabanas
Comments are closed.