Disneyland Paris Tips and Frequently Asked Questions including FastPass, meal plans, opening hours, and how much time to spend.

As a Disney fan, I’d always wanted to visit a Walt Disney park outside of the United States. Disneyland Paris (originally called EuroDisney) recently celebrated their 25th anniversary. I originally remember hearing about the park when I was in high school, and I was eager to see how it would differ from Walt Disney World.

During our trip to Paris over the summer, we spent two nights at Disneyland Paris. It’s definitely very different from the US parks, although there are some obvious similarities.  If you are planning a trip, you may be wondering what can you do at Disneyland Paris.

How Far Is Disneyland From Paris? Should I stay on Property at Disneyland Paris?

When planning your trip, you probably are wondering whether you should stay on property, or stay in Paris. The ride from downtown Paris to DLP is about an hour. For a full Disney experience, I’d recommend staying on property. You’ll have access to special magic hours that are just for hotel guests, and will also be able to easily walk back and forth.

You definitely could just go to the parks from Paris, but would still want to leave early in the day to minimize lines. If you do take the train from other parts of France, the Marne-la-Vallée/Chessy train station is right at the entrance of the two parks. Each day, we saw tons of people headed to and from the train – it’s obviously a popular option.

If I do stay onsite, which Disneyland Paris Hotel is best?

It really depends upon your budget and the experience that you are hoping to have. The Disneyland Hotel, which is literally the front entrance of the Disneyland park, is luxurious and incredibly convenient. But it’s also expensive.

We opted to stay at Disney’s Hotel New York, which is about a ten minute walk from the parks, through Disney Village. It’s a great compromise between cost and location, although it is going to be closing for refurbishment soon.

There are other hotel options, all of which are themed for various places in the United States. Those are also within walking distance, and there is also a bus that goes between the hotels and the theme parks. If choosing one of those hotels, I’d recommend just looking at the various themes and picking the one that appeals most to your family.

This really depends on the experience you are hoping to have. When we travel to Walt Disney World, we often go for a week. But that’s definitely much more time than you’d need at Disneyland Paris. We went for two full days, and saw everything that we wanted to see. I’d probably recommend two to three days.

If you only have one day to visit, there’s still plenty that you can do in that time. I’d highly recommend arriving at opening however, to minimize the wait times of the more popular rides. Go armed with a plan, so that you make sure you see and do everything that you want to experience.

What are the Disneyland Paris Opening Times?

You’ll want to check the park schedule before you travel, as the opening times can vary by day and time of year. During our visit, both parks opened at 10am to the general public. Guests staying on property have access to the parks earlier (starting from 8:30am). Because the European culture is for things to start later in the day, we found that the parks were pretty quiet in the mornings. It’s a great way to get a few rides done before the crowds start heading in.

How do the tickets work? How much are DLP Tickets?

Once you figure out how many days you are visiting, you’ll want to look at tickets. There are several options including one day and multi day tickets. Prices vary (and can always change). Right now, two day tickets start at $172 for adults and $153 for children (3-11 years old). They include park admission, although there are package deals also available.

You’ll want to do some research on the Disneyland rides before you go. Even those rides that have the same name are different in the US and Paris. Several rides go upside down in Paris, while only one in Orlando does. In addition to the Rock n Roller Coaster, the Indiana Jones Ride and Hyperspace Mountain (the Paris version of Space Mountain) go upside down. If you have a child that doesn’t like going upside down, you’ll want to be aware of this before you are surprised.

Before our trip, I wondered if the Disneyland Paris rides are in English. Would we understand everything? In some cases, the rides were in English and French. Things like the Studio Tram Tour are in both English and French. The ride attendants mostly spoke French to us when asking “how many people”? But it was easy to understand them and respond either in French, English, or by holding up the right amount of fingers. It was fun to see characters like Buzz Lightyear speaking both French and English.

Does Disneyland Paris Have FastPass?

If you are at all familiar with the FastPass system at Walt Disney World, you know that it can definitely help you save time in the parks. Disneyland Paris does offer a FastPass system, and it’s a good idea to learn about it before you go.

Unlike Walt Disney World, DLP does not offer MagicBand 2. Instead, they still have a paper FastPass system. To use it, you’ll go to the kiosk and get a FastPass for later in the day. Not every ride has this system, so you’ll want to be strategic about using it. We found that this was especially an issue in Walt Disney Studios Park. The Crush Coaster, Toy Soldiers Parachute Drop, and RC Racer are all popular, but don’t offer FastPasses. The Crush Coaster wasn’t operating during the times we went, but we were able to utilize the single rider line at the Parachute Drop to minimize our wait.

There are some ways to get VIP FastPasses. WIth these, you won’t have to go to the kiosk at all. Instead, you’ll get unlimited entry into any attraction that offers FastPass. We had them by booking the Adventures by Disney add-on. You can also get them by booking select suites at participating hotels. The standard FastPass system is available to all guests at no additional cost.

We did absolutely no advance planning of our DLP trip, because we were so focused on the London and Paris portions of our trip. We weren’t too concerned about food. If you do care, and want to have a specific dining experience during your vacation, I’d recommend doing research in advance.

In our opinion, the food experience was somewhat uneven. While I typically don’t expect gourmet food in theme parks (especially at quick serve locations), I did have higher expectations for Paris. We thought the food was okay, but not great. With that said, we didn’t make any advanced reservations for some of the better restaurants, and just walked in to places.

If you do have a strong preference to where you eat on your vacation, I’d recommend making reservations wherever possible. Because the two parks are so close to each other, don’t be too concerned about where you’ll be at mealtime. It’s pretty easy to get anywhere, so even if you are at a different park for the day, it shouldn’t take too long to get to your reservation.

Some of the more popular restaurants are Captain Jack’s in the Pirates of the Caribbean ride, Auberge de Cendrillon (where you can find the princesses), Plaza Gardens Restaurant and Café Mickey Restaurant (where you can meet Mickey and friends), and Bistrot Chez Rémy. These are also pretty expensive, so be sure to budget these meals in to your vacation budget.

During our stay, Le Rendez-vous Gourmand de Disneyland Paris was happening (it typically runs from late July to late September). It’s definitely smaller than the International Food and Wine Festival in Epcot, but is similar. For lunch one day, we just picked up some of the small plates from a few of the booths. It was a great option for a casual light meal – especially good if you have a larger breakfast.

When you book your Disneyland Paris vacation, you’ll also have the option to add on a meal plan. These are a bit different from the Disney Dining Plans that are offered at Walt Disney World. In Paris, you’ll be able to choose half-board or full-board packages. Standard, plus, and premium versions are offered. Also, depending on the room type you book at your hotel, you may already have breakfast included. These could be a good way to save money if you make sure you’ll use all of the included options.

If you aren’t using International Data on your phone during your trip, you may be wondering if Disneyland Paris offers WiFi. They do have complimentary WiFi, which we were easily able to use in the parks, our resort, and in much of Disney Village.

There’s also a mobile app that you can download to make things easier.  The free app shows you wait times, a map, opening times, entertainment schedules, and more. We used it extensively during our trip.

Do you have any Disneyland Paris tips to share? 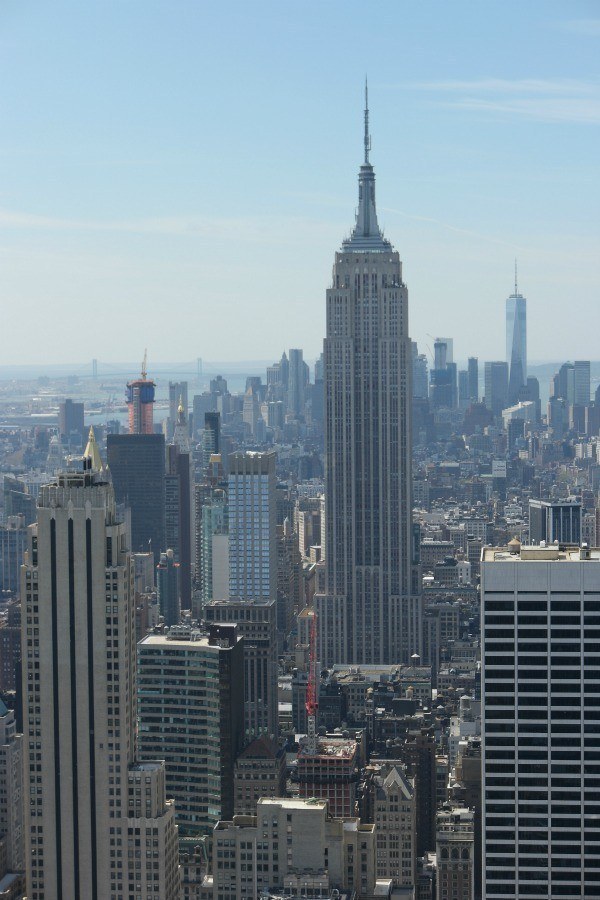 Previous
Things to Do in NYC With Kids 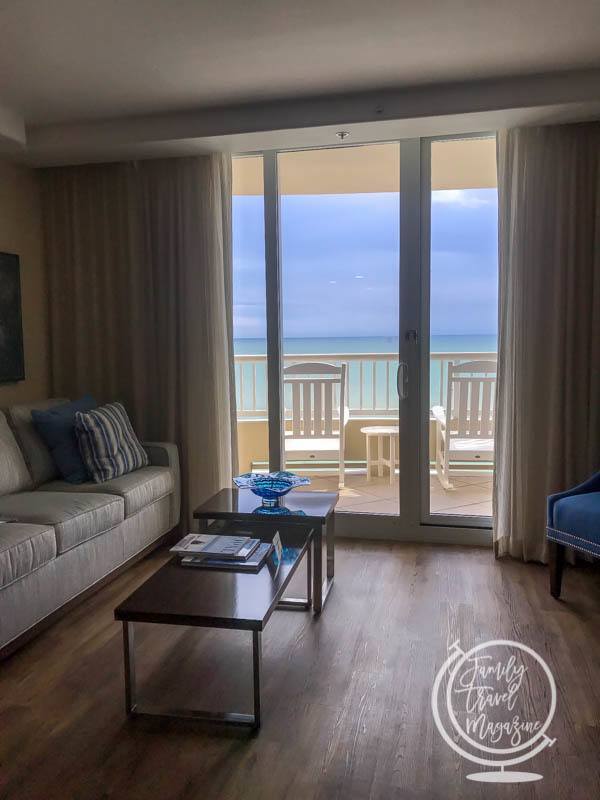 Next
Review of the Lido Beach Resort In Sarasota Florida
Comments are closed.