Disneyland Paris Attractions that the Family Will Love

I’d heard so much about Disneyland Paris over the years. Originally conceived as EuroDisney, Disneyland Paris recently celebrated its 25th anniversary. Over the years, the resort has grown to include two separate parks – Walt Disney Studios Park and Disneyland Park. We opted to add on a two-night stay at Disneyland Paris to our London-Paris Adventures by Disney vacation this past August. I was most excited for the Disneyland Paris attractions, because we love rides, and were so eager to see how different they would be in a foreign country. It was fun to see some of our favorites with a French twist, as well as some rides that were brand-new to us.

We spent two days at the parks at Disneyland Paris, and it was a good amount of time. We probably could have done a third day if we chose to see more shows or do more character greetings. Unlike Walt Disney World, you really don’t need to spend a week there, and you can easily combine it with a Paris family vacation. While you can stay in Paris and travel to DLP for the day, I’d recommend staying at one of the Disneyland Paris hotels. 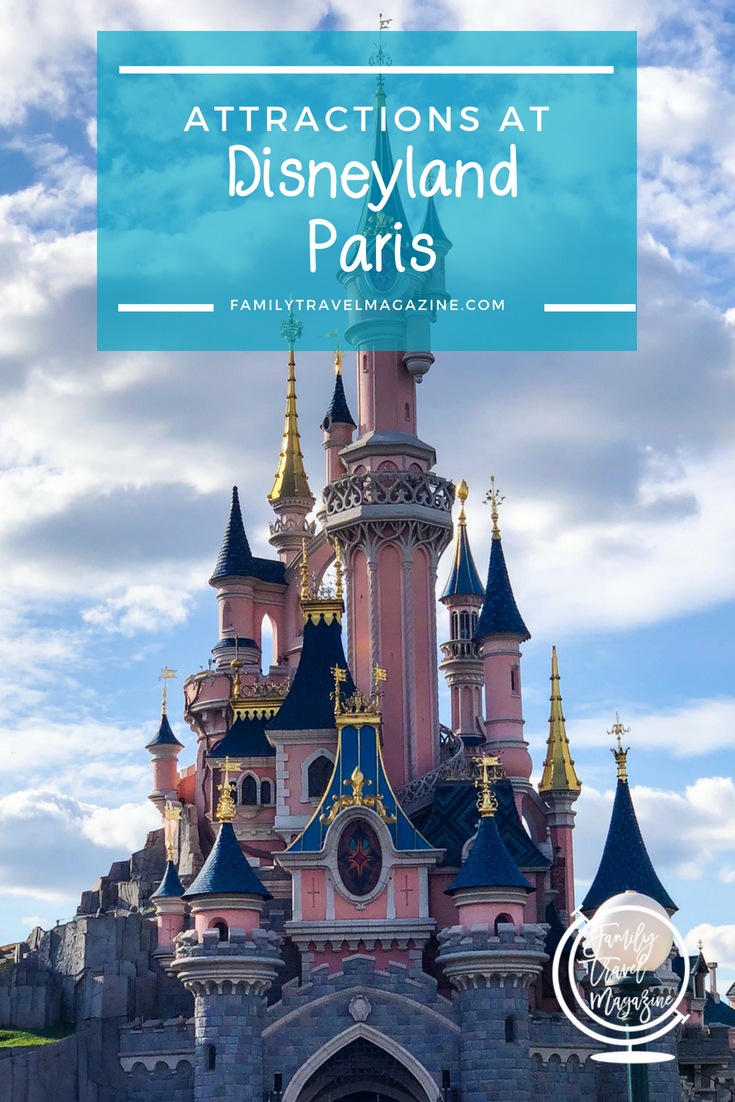 All About the Disneyland Paris Attractions

The thing that surprised me most about visiting Disneyland Paris was the relative small size of the parks. It’s so quick to get from one park to another, making it easy to park hop. Disneyland Paris does offer the FastPass option for some of the most popular attractions. The system there is similar to the old paper FastPass system at Walt Disney World.

Some guests, including those who book through AbD and those who are staying in suites at some of the hotels, have access to a VIP FastPass. With the VIP FastPass, you’ll be able to use the FastPass line at any time, and won’t have to worry about reserving a time at one of the kiosks.

It’s definitely worth it to learn about the FastPass system in advance. Guests of the on property resorts also have access to extra magic hours. Those can be a great way to ride the Disneyland Paris attractions that are most popular – especially those without FastPass lines. We found that the parks were pretty quiet during the morning hours – even on the weekend. That’s probably due to the general European culture where everything happens later in the day.

Disneyland Park is much more reminiscent of the Magic Kingdom, and is very classic Disney. The centerpiece, Sleeping Beauty Castle, is right at the end of Main Street USA, just Cinderella Castle in the Magic Kingdom. We spent more time at this park than the Studios, although you’ll definitely want to visit both during your Disneyland Paris vacation. 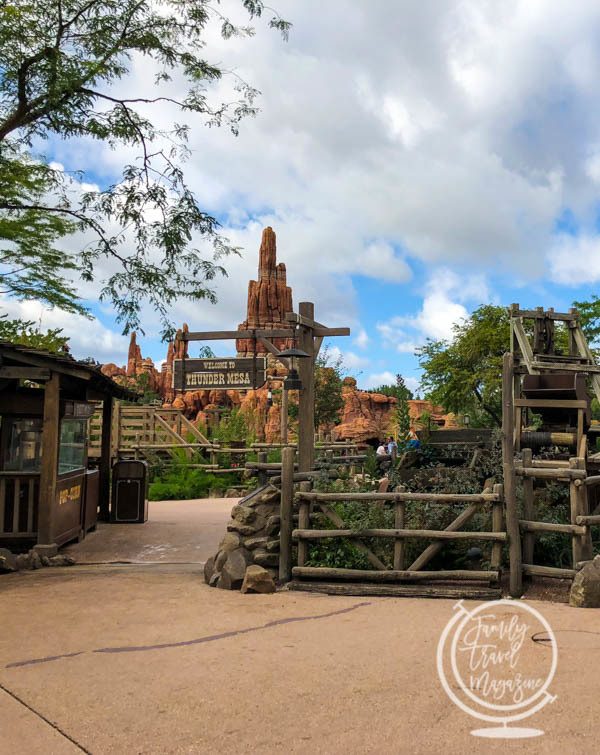 We’ve always loved Big Thunder Mountain in the Magic Kingdom, and this version is even better. While the idea is the same – you travel on a Mine Train – this version is longer and more fun. Once you start the ride, you immediately travel into a dark tunnel that goes underwater to a small island. Most of the actual ride takes place on the island, and then you head back into the tunnel to return to the disembarkation point. It is a FastPass attraction and is very popular.

Buzz Lightyear Laser Blast –  I love this ride in Florida, and this version in Paris is very similar. We loved watching Buzz talk in French! It offers the FastPass and is popular.

Disneyland Railroad – There’s nothing more classic Disney than this train ride around the park. In Florida, we use the train to get around the park easily, but it isn’t as necessary in this smaller park. 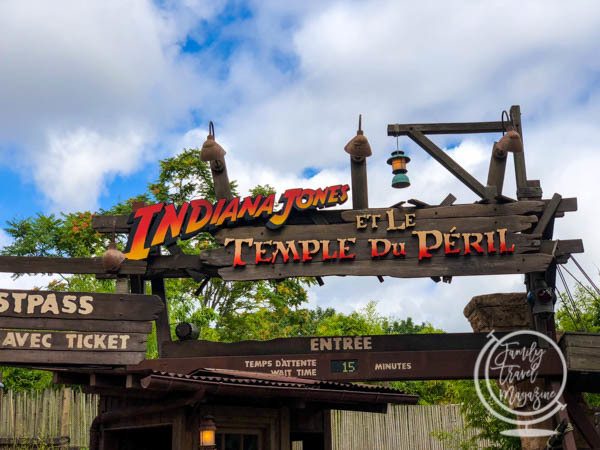 Indiana Jones and the Temple of Peril – Unless this ride is refurbished, I wouldn’t recommend it. We were very excited to ride, because it’s so different from anything in the US. However, the movement was very jerky, and I had a headache when it was done. It does offer FastPass, but it wasn’t too busy during our visit. 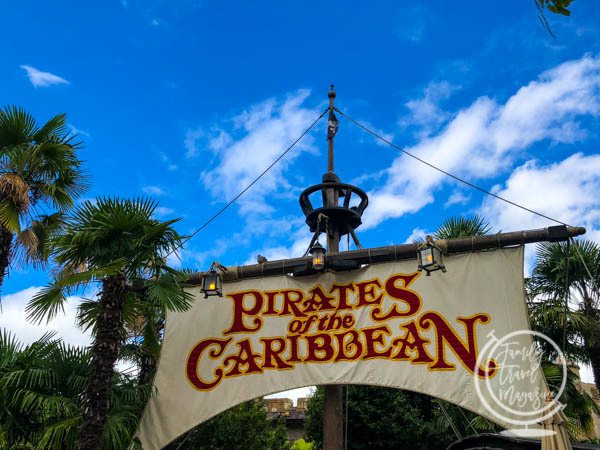 Star Tours – My family loves Star Tours, but I always get motion sick. I opted to wait outside while they rode it. They said that it was similar to the version at Disney’s Hollywood Studios, but entirely in French.

Phantom Manor – Unfortunately, this Disneyland Paris attraction was closed for refurbishment during our August visit. It’s similar to the Haunted Mansion, and is supposed to be really fun!

There are a number of other Disneyland Paris attractions that we missed during our stay. Because my tween/teen prefer thrill rides, they weren’t as interested in going on the younger kid rides. These include it’s a small world, Peter Pan’s Flight, Les Mystères du Nautilus, the Orbitron, and Les Voyages de Pinocchio. 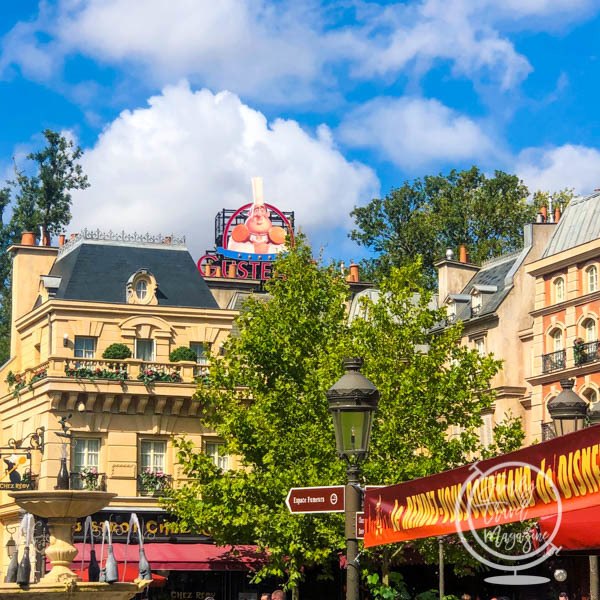 RC Racer – We were lucky to ride this early in the day, before the park got busy. There’s no FastPass option, and it does get busy. It’s inspired by the RC Racer Hot Wheels toy from Toy Story. We absolutely loved it. 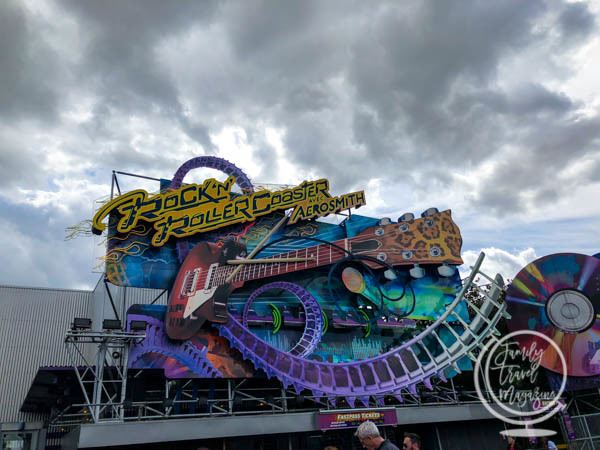 Rock ‘n’ Roller Coaster Avec Aerosmith – This is one of my favorite rides at Walt Disney World, so I was excited to ride it at Disneyland Paris. It still features Aerosmith, but the background story is difference. Here, the roller coaster is part of an Aerosmith music video. I found it to be a little more bumpy than its US counterpart. I understand that the theme of the ride be changing in the future.

Slinky Dog Zigzag Spin – Located in the Toy Story Playspace area of the park, this ride is most appropriate for younger kids. It’s not the same ride as the new Slinky Dog ride at Toy Story Land at Hollywood Studios. 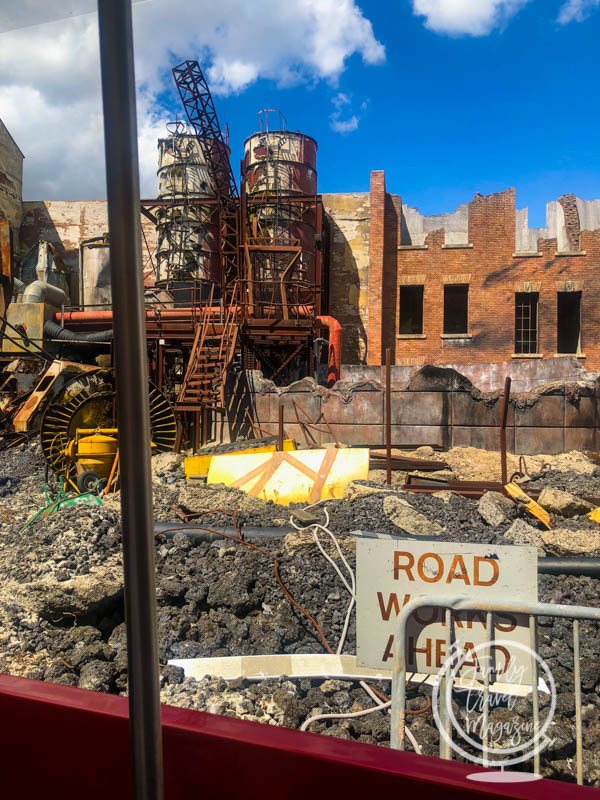 Studio Tram Tour – Behind the Magic – We always loved the backstage ride at Disney’s Hollywood Studios, so we were so happy to see this one at Disneyland Paris. It’s a great way to get off of your feet for a while, and see some of the magic of movie making. The ride narration is in both English and French. 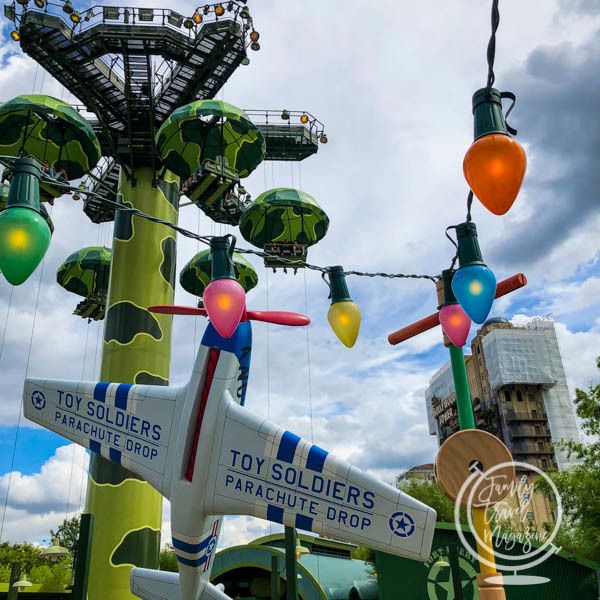 Toy Soldiers Parachute Drop – This ride, based on the Toy Story toy soldiers, is a mild version of the Tower of Terror. While you will drop down and go back up, it’s done at a slower pace. There’s no FastPass, so my son and I chose to wait in the single rider line. The ride fits three, and this odd number makes the single rider line go pretty quickly. This is another one that you may consider riding first thing in the morning.

The Twilight Zone Tower of Terror – We love the Tower of Terror in Florida, so my daughter and I were excited to try this one. It’s very similar to the US version, including the preshow. It’s the same show (in English), but with French subtitles.

Crush Coaster – Featuring the popular turtle from the Finding Nemo movies, the Crush Coaster is one of the more popular rides at Walt Disney Studios. We tried to ride it twice, but it wasn’t operational, unfortunately. It doesn’t offer FastPasses, so it’s a good idea to try to ride it first thing.

In addition to these, there are other attractions at Walt Disney Studios Park. These include Armageddon: les effets spéciaux, Cars Quatre Roues Rallye, Moteurs… Action! Stunt Show Spectacular, and Les Tapis Volants – Flying Carpets Over Agrabah. There’s also the Art of Disney Animation, where you can learn to draw a popular Disney character. The instruction is done in both English and French.

You can see more information about Disneyland Paris attractions on their website.

Previous
Things to Do in London With Kids 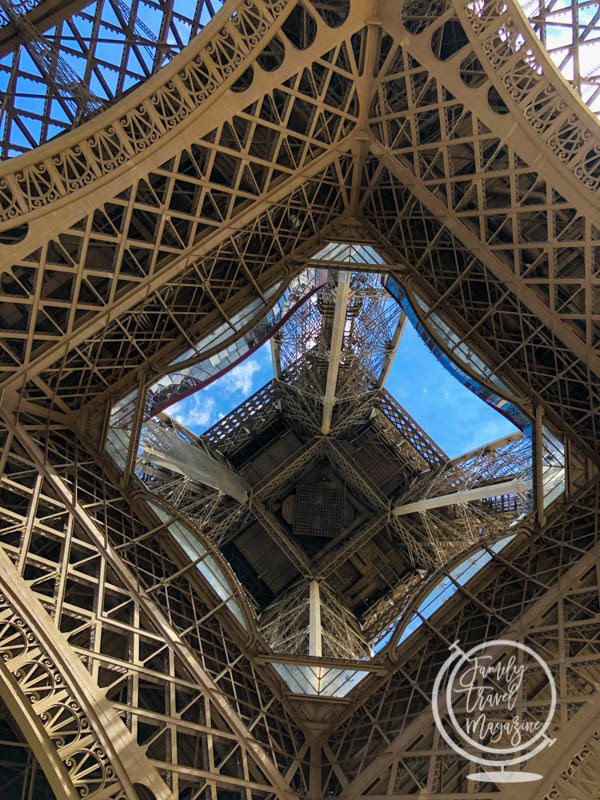 Next
Visiting the Paris Eiffel Tower With Kids
Comments are closed.