Disclosure: At least some of this trip was comped or provided at a media rate

Cynthia takes an epic Colorado road trip for a kindermoon with her 5 year old son.

It was during my son’s third time through a ropes course at Breckenridge Ski Resort when it really hit me: I closed my eyes, and my baby had grown up.

Not only was he heading to kindergarten in a few short weeks, he had become strong, brave and confident. When had that happened?

Five-year-old August and I were in the middle of a road trip across Colorado to celebrate the end of summer and the upcoming milestone of his first year in kindergarten. It was our first trip just the two of us. I was a bit nervous about how he would handle a week on the road, but when the opportunity presented itself, I knew we had to seize it.

Let me back up for a minute … have you heard of this idea of a kindermoon? Vacation marketing folks love to tack on “-moon” to pretty anything in the hopes of enticing more travelers to their destinations. There are honeymoons, of course, but there’s also babymoons, friendmoon/buddymoons, and now kindermoons.

I don’t usually buy into a lot of this marketing-speak, but kindermoons actually make a lot of sense to me. For the next 13 years of your child’s life, you will be locked into the somewhat rigid schedules dictated by the school calendar and any given sports or other activities with which your child might become involved.

Taking a pause to appreciate and celebrate your child before he or she goes off to school can actually be a magical thing. That’s what I found, anyway. Here’s a sampling of what we did on our Colorado kindermoon. You can adapt the idea to suit your own needs. Whatever you do, I hope you experience the sweetness of these fleeting moments of early childhood (and also know that kindergarten will be awesome). 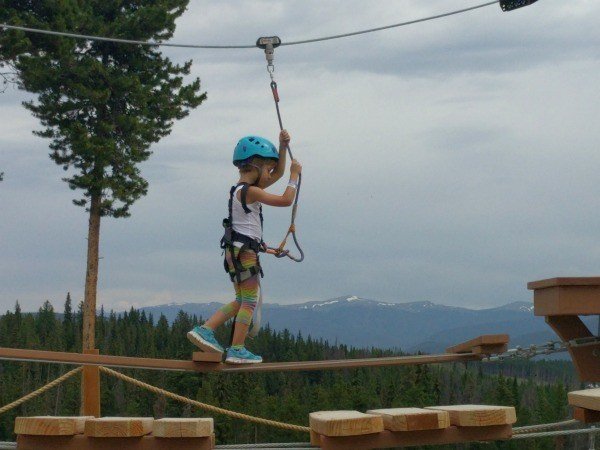 We flew into Denver from Austin and were immediately greeted by the majestic Colorado mountains in the background and a reprieve from the Texas heat. If you’ve never been, Denver’s laidback vibe and plentiful museums and recreation options make it a great choice for a kid-friendly vacation. This August, Denver will host Disney’s pre-Broadway premiere of “Frozen.”

One of our favorite visits was the Children’s Museum of Denver, which underwent a $16.1 million expansion in 2015 and weaves the spirit of Colorado’s outdoor culture throughout its exhibits, such as a three-and-a-half-story climbing structure. I watched August’s helmeted head emerge on the camera mounted at the top of the “tree” and cheered for him.

We loved exploring the Denver Museum of Nature & Science (August is a huge dinosaur fan, and there’s an expansive exhibit space devoted to dinosaurs there) and Elitch Gardens Theme & Water Park, an amusement park smack-dab in the middle of downtown Denver. New this year: a water slide called Mega Wedgie. 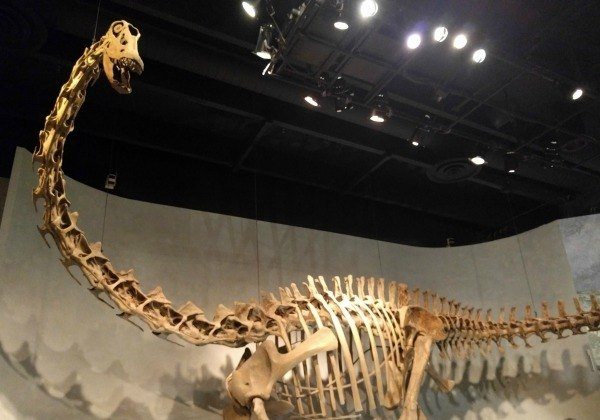 Favorite restaurants included Snooze in Union Station (try a pancake “flight,” with flavors such as pineapple-upside down and peanut butter cup) and Steuben’s, a restaurant with a ’70s vibe and highly addictive Steubie Snacks. For dessert one night we visited the Inventing Room, a Willy Wonka-esque dessert shop that creates fantastic food experiments before your eyes, such as exploding whipped cream and “smoking” liquid nitrogen ice cream. 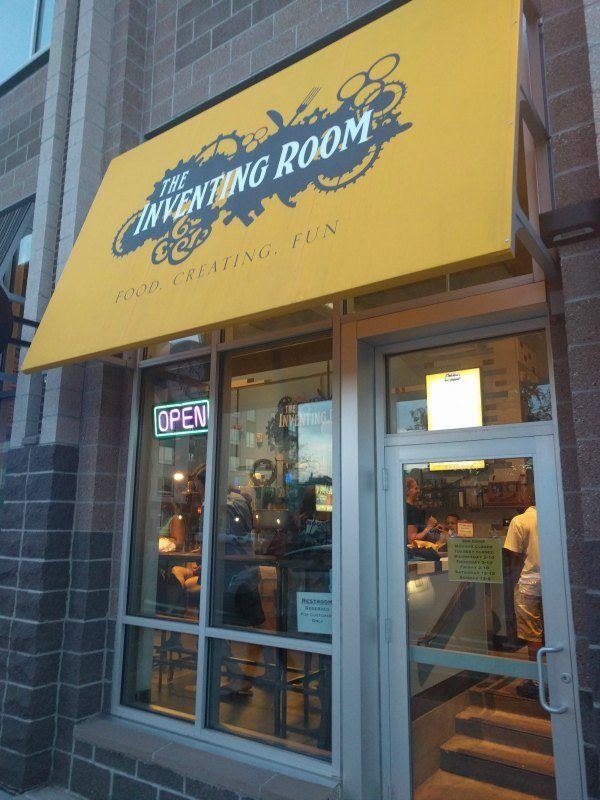 We stayed at the Magnolia Hotel downtown, a refurbished 1910 building located in the former American National Bank. August loved the milk and cookies evening reception here every night. 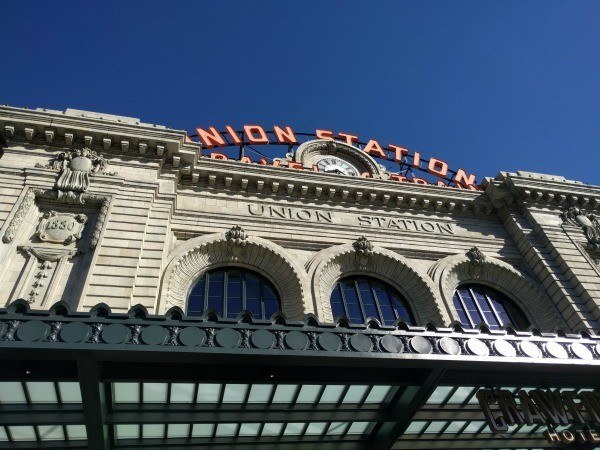 Granby and Winter Park
One of the most stressful moments of our road trip happened when we were driving from Denver to Granby. We ended up lost in Rocky Mountain National Park (not normally a bad place to be lost), but my dwindling cell phone signal coupled with August’s insatiable 5-year-old boy hunger added up to some tense times.

I took deep breaths, focused on the beautiful landscape that we were driving through, and somehow we ended up at our destination, Snow Mountain Ranch, YMCA of the Rockies. The YMCA offers a full-service camp-style experience for families, including all-you-can-eat cafeteria-style meals.

We hiked, went fishing, and went “snow” tubing down a hill in the middle of July. You can also take a llama tour, go roller skating, sleep in a yurt, and roast s’mores in the evenings. There were so many activities, we couldn’t get around to them all in one overnight visit.

Most of Colorado’s ski resorts convert to mountainside amusement parks in the summer months to capture more visitors. We tried out several of these along our trip and loved each one. The one at Winter Park Resort offered miniature golf, chairlift rides, an outdoor climbing wall, a zipline, and an Alpine Slide (this is a slide that spans the length of a ski mountain; you are seated on a cart and zip down as quickly as you want).
Breckenridge

By the time we arrived in Breckenridge, August and I had definitely hit our stride as travel buddies. We were singing along to the pop songs that became earworms due to the limited availability of radio stations through the mountains. August grew accustomed to all my photo-taking along the way, often offering to take photos, too, and sometimes hamming it up during meals as a I took pictures of his first bites of food.

We were used to crowds and heat in Austin, but Breckenridge, like so many places in Colorado, offered us a space to spread out and relax. We could even keep the windows open at night in our rental condo, appreciating the cool night air.

This is where I watched August with admiration of his bravery at Breckenridge Ski Resort, as he deftly made his way through a challenging ropes course, only to follow it up with his first ziplining experience.

I decided to be give myself a challenge, too. Normally I struggle with claustrophobia, which can feel paralyzing in a dark mine. But we traveled 1,000 feet into Country Boy Mine, a famous 1887 gold mine, and experienced life as miners. At one point, the guide turned off the lights so we could imagine what life was like working in dank, dark conditions, sometimes without enough oxygen to breathe. I grabbed August’s hand and told myself that I could be brave, too.

Our final destination was Grand Junction. We made a pitstop in Glenwood Springs, where for the first time we took a dip in some hot springs at Iron Mountain Hot Springs, which offers 16 different pools, all different temperatures.

Grand Junction offered us an experience we will never forget: we were scheduled to do a “dinosaur dig” through the Dinosaur Journey Museum in Fruita. Due to heavy rains that week and muddy conditions, the staff paleontologists offered us another opportunity: to work on preparing dinosaur specimens in their laboratory. We carefully removed dirt and debris from various fossils that were excavated from a site nearby and encased in plaster casts.

I had to keep pinching myself–was it true that I was holding an actual 152 million year old dinosaur metatarsal bone in my hand? After it was mostly unearthed, the paleontologists began to guess: was it from an Apatosaurus? Camarasaurus?

Though we had traveled more than 250 miles over seven days, it felt like our trip was over too soon. My relationship with my son had deepened, and it felt like we could go on forever having adventures like this. Much like the previous five years, our trip was seemingly over in a moment. And despite the occasional challenges we faced, I knew without a shadow of a doubt: I’d take that kindermoon all over again in a heartbeat.

Cynthia J. Drake is a travel writer based in Austin and author of Budget Travel for the Genius. 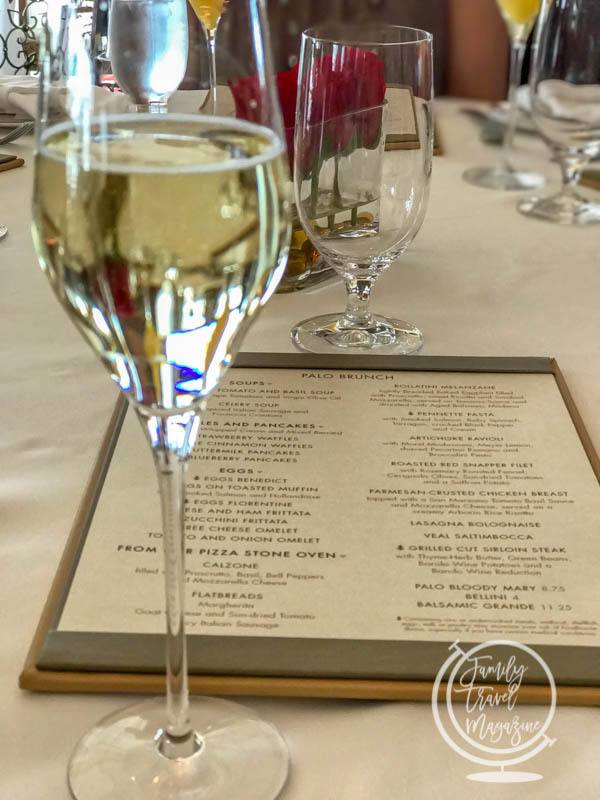 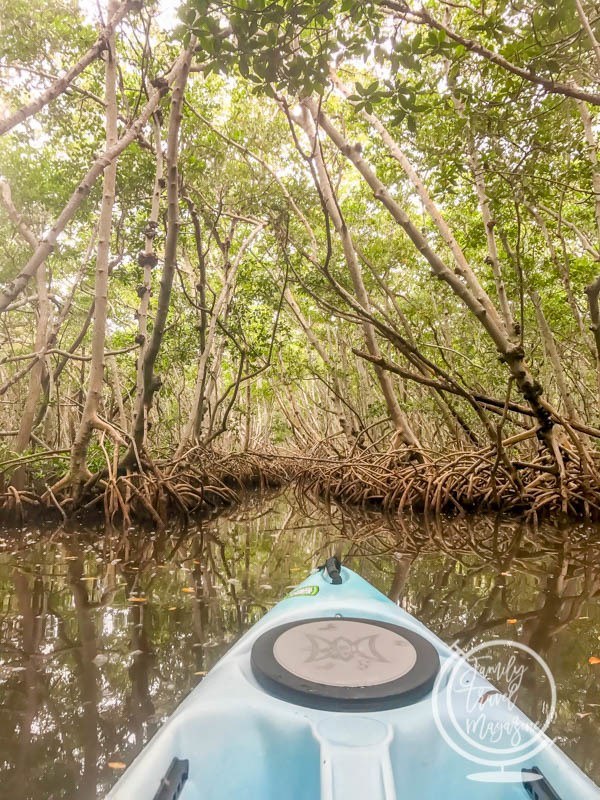 Next
Things to Do in Sarasota With Kids
Click here to cancel reply.